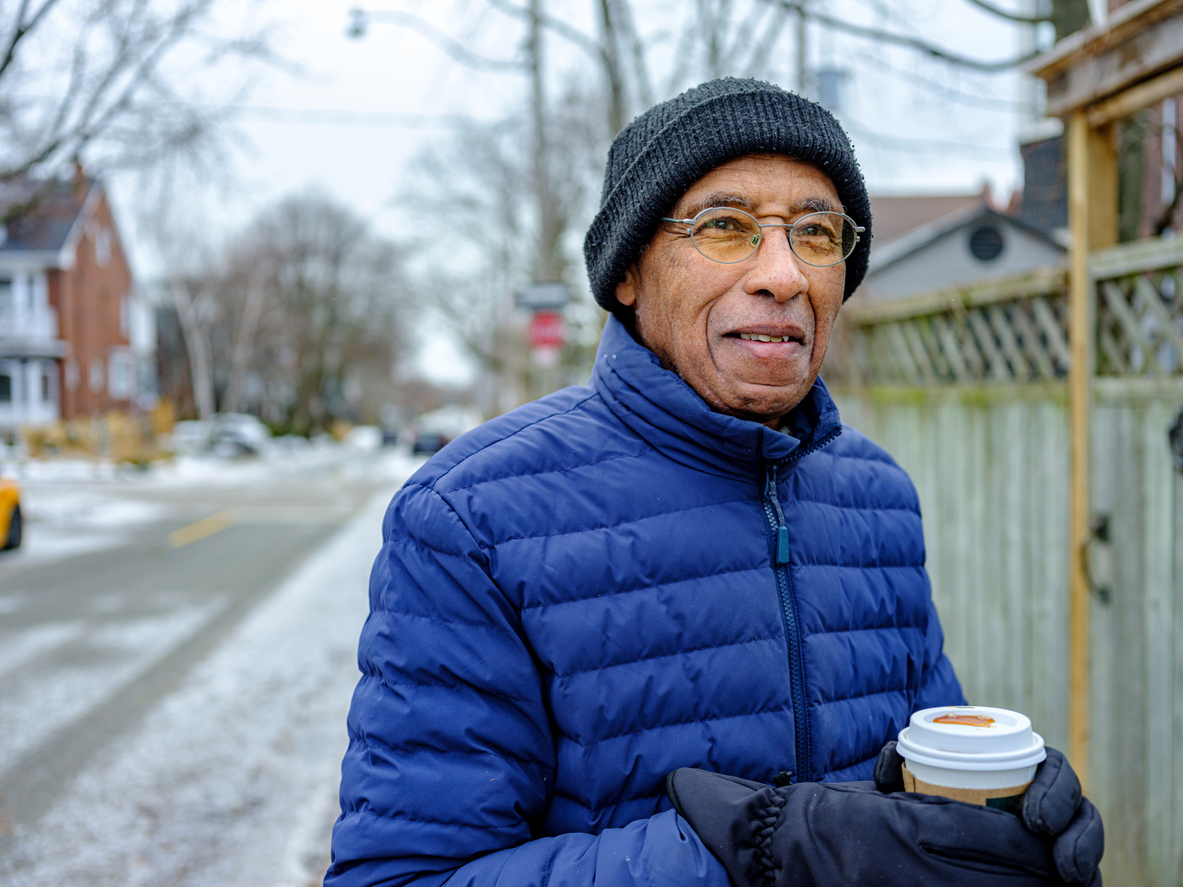 I’ve been a loyal patron at my neighborhood coffee shop for about a decade now, and as much as I’ve enjoyed their coffee, I’ve loved meeting the eclectic folks that frequent it even more. From the outspoken cryptocurrency evangelist (who hasn’t been so outspoken recently) to the many folks who – upon noticing my kippah – introduce themselves as “bad Jews” because they think services are boring (to which I can certainly relate), there’s rarely a dull moment there.

And while the cast of characters is a rotating one, there are usually a dozen or so familiar faces who more or less follow the same schedule as I do. They sit at the same tables, order the same pastries, and sip the same dark roast. One of them that I’ve gotten to know over the years – Joseph – is an older gentleman in his eighties who often dines with one or more of his adult children, and on occasion with grandchildren, too. And every so often, he sits alone.

What I love most about my interactions with Joseph is that he couldn’t care less about what I do for a living. Doesn’t ask about what I’m reading. Doesn’t even make small talk about the weather. The second he sees me walk in (he’s an early riser and is – without exception – onto his second cup by the time I arrive) he motions me over, sets his cup down, and says: “Elan – great to see you. How are your kids doing today?”

And the best part about Joseph? He hangs on every word of my response. He genuinely cares if they’ve had a tough morning, if they’re struggling at school, or if they’re dealing with anxiety. He really wants to know about their latest art projects, favorite new board games, and which of life’s many mysteries they’re working to solve these days. For Joseph, his curiosity lies not in what they’re doing at any given stage, but in who they’re becoming along the way.

At the very beginning of Beha’alotecha, our weekly Torah reading, we find ourselves in the midst of God’s instructions to Moses on mounting the menorah – a candelabra designed to sanctify and illuminate the Tent of Meeting. The text reads: “God spoke to Moses, saying: Speak to Aaron and say to him ‘When you mount (or light) the lamps…'” (Numbers 8: 1-2). But the word “mount” doesn’t quite translate so clearly, and neither does “light;” the Hebrew word literally means “when you raise up,” which is an awkward way of instructing Moses to mount the lamps. So what might the text be implying?

First, we read in Bamidbar Rabbah (an early midrashic commentary on the Book of Numbers) that the language of the verse comes to teach us that “Moses struggled mightily with the design of the candelabra more than all the other vessels of the Tent of Meeting.” In other words, lifting up this lamp was particularly challenging for him, perhaps because of the physical weight, and perhaps due to the metaphysical weight of the task at hand.

The rabbis of the Talmud, then, extend the metaphor to the heavy lift of raising children, making note of the common connection between rising flames and raising souls. “Because the flame rises upwards, this implies that one must kindle them (i.e. children) until the light ascends by itself (Babylonian Talmud, Tractate Shabbat 21a).” In other words, parents are required to light and kindle the flame, but must also have faith that the flame will eventually rise all by itself.

The other day, my wife and I brought our three kids to the coffee shop to grab some pastries before the last day of school for our older two. As with most “milestone” days, I was trying to savor the moment and mentally capture some visuals of them before they broke through to another grade level and stage in life. It also happened to be my birthday, so I was feeling particularly wistful as I drank them in that morning.

We grabbed breakfast and went outside to our usual spot on the patio: the big, round five-top table, the same one I remember looking at hopefully when we were a family of three all those years ago. The kids ate quickly – more excited by the empty patio than the pastries, and one by one left their seats (and their barely-touched breakfast) to explore the area together.

Just as they were getting up, Joseph came outside to the patio on his way back to his car. He had dined alone that morning. He walked gingerly past the kids, who stepped aside to give him space to walk through. Keys in hand, he paused his gait long enough that I noticed tears welling up in his eyes. I walked over to make sure he was okay, but he didn’t respond audibly; he just smiled back. So we shared a few moments without words, enjoying the sounds of the kids running around behind me.

Assuming he was enjoying some flashbacks of his own children, I invited him to share some reflections. “Joseph – what do you wish you knew back then when your kids were this age? What should I know about?”

He paused to think, and with a wry smile (that I’ve learned means I should pay close attention to whatever comes next), he simply offered: “The best advice I can offer is to ignore all the advice you get. Yes, you should keep them safe and love them dearly. But they’ll figure out the rest.” He then pointed behind me, gesturing for me to turn around before adding: “See?”

The kids were standing in a circle, tossing shreds of leftover croissant toward the birds that had gathered for their own breakfast. Micah, a lover of all animals, who is constantly looking for ways to help them, had recruited his little sisters to partner with him in his efforts. I watched as he patiently explained that feeding birds required a certain economy of movement (so as not to scare them away), and he modeled proper technique while his sisters did their best to follow.

By the time I had soaked up this prophetic vision (and taken a few pictures, of course), I turned around to thank Joseph for his advice. And while he was already driving off to get to his next stop, his guidance has stayed with me ever since.