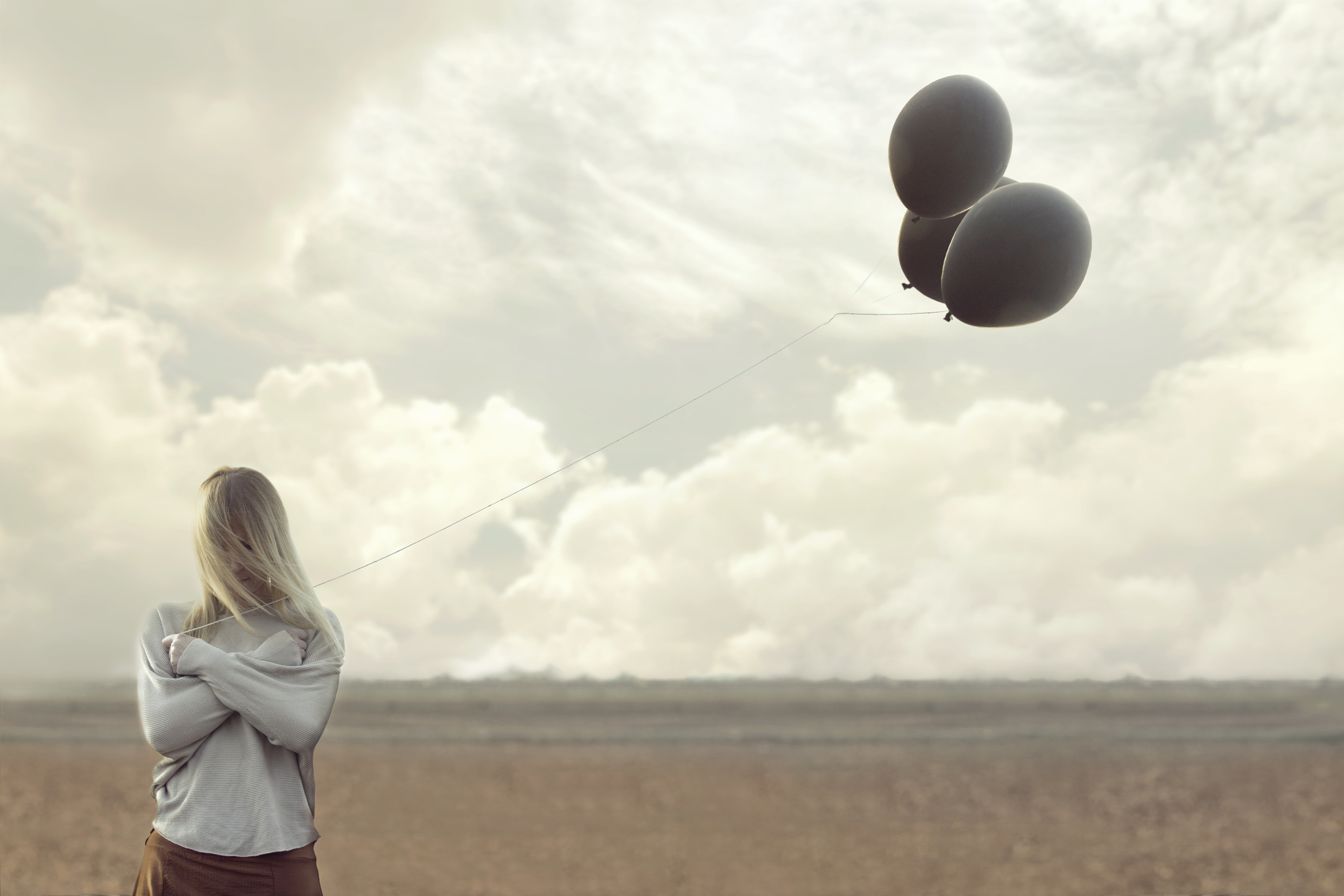 Welp, another Mother’s Day is upon us, and another year, that I’m not a Mother.  Sometimes, it feels like Mother’s Day is here to taunt me, and remind me that my dreams are still at large.

My grandmother passed away when my mother was only 5 years old.  One Mother’s Day, when she was still a young child, she went to Sunday Mass where they were giving out white carnations to the children to give to their mothers. They gave my mother a carnation, and then an adult from the Church came and snatched it away from her saying, “You don’t get a carnation, because you don’t have a mother.”  The experience affected her very deeply and because she was so young, it set up a conditioning in her subconscious mind of “you don’t deserve”; “You don’t belong”; “This is for other people, not you.”  To which this subconscious “shadow” element, was then also absorbed into my own subconscious mind – and hence became a very big part of who I am.

I can remember, as a child, never “belonging” to anything. Although we went to the same church for many years, my mother never registered with the church. We never participated in church functions or got to know anyone in the parish.  In retrospect, I can understand and have compassion for my mother’s reluctance to not get too involved with the church, although she is a very religious person.  In fact, we didn’t belong to any organized groups at all.  It was just me, Mom and Dad.  I had my school friends, and my friends from neighborhood.  We lived on the corner of our block and everyone else lived in the middle of the block and formed a little clique that didn’t include me.  This only reiterated the deep sense of “I don’t belong”; “They are the cool ones, you are not.” “They deserve, you do not.”

This is not a pity party, but an illustration.

Cut to: Adult life. The other day I returned home from a vacation and went back to my favorite yoga class at my gym, but found out it was a special “Mother’s Day” Yoga class.  I immediately panicked, thinking, that I don’t belong in this class, because I don’t have any children.  (A reverse of my mother’s situation now many years later) I started blinking back tears in front of my gym locker – being a mother had been a lifelong dream of mine.  I wanted to get married at 19 years old and have four children.  Life did not turn out that way, and now, as hot flashes recently started for the first time, I realized that having children will not be in the cards for me.  So, the thought of being in a 90 minute yoga class, reminding me that my dream was no longer a possibility seemed like 90 minutes of pure hell. I knew I would not be able to get through the class without ending up a puddle of tears on the floor.  I quickly checked my gym app to see if there were any other classes at gyms nearby.  To my dismay, there were not.

Suddenly, in a moment of divine clarity, I decided to be the “rebel” and not care if this class was “not for me” and attend anyway.  After all, it was being taught by one of my favorite instructors; surely she would not throw me out of class because I was not a mother.  As I entered the yoga studio and looked around, I saw it was basically the “usual suspects” from our normal Saturday morning class, including the men who usually attended.  Only two people had brought their adult children.  I was pleasantly shocked.

But, mostly I was surprised at the power of my mind telling me to run, which flooded my entire body with feelings of unworthiness and not “belonging”.

The yoga class was amazing! Our instructor focused on the power of femininity, along with an extra 30 minutes of restorative yoga practice.  Nothing during the class touched upon being a mother at all.  (My terrifying trigger point, didn’t even exist – it was all in my mind!)

I realized that my ego mind (the survival function of my mind) had invented this story that “I don’t belong because I’m not a mother” to protect me.  The thought of feeling the pain of not being a mother for 90 minutes was unbearable for my ego mind, hence having me panic and try to escape to another gym.  I also realized that my ego is just a function that was set up when I was a child and, in return, the thought mode was very childlike. Recognizing this, I thanked my ego for looking out for my feelings, but was very glad that my true divine self had decided to be the “rebel” and attend class regardless.

I knew that my ego mind was a safety function, yet at times it appeared to be a separate being all on its own, running my thoughts, making up stories to keep me from experiencing any pain in the world at all.  It knew how to help me survive in the world I grew up in, but that’s ALL it knew. It functioned like a child that never progressed past 10 years old. I’ve learned over the past few years that everything we experience is a creation from our mind, so I also knew that the story my ego created, was JUST a story.  And the evidence of this was that everything I thought about the “Mother’s Day” Yoga Class was indeed not true at all – it was just a silly story that my mind had invented.

After class, the gym had Champagne and muffins as a special Mother’s Day treat.  Immediately I thought, I’ll just attend class, and leave right after since the Champagne and muffins are for the mothers, not me.  However, by the time class ended, I decided again, to be the “rebel,” and I joined the group, enjoying a glass of Champagne (or two…) where I met four lovely ladies, who I felt so lucky to have met.

One woman had brought her adult son to class; he was a physical trainer and he tossed his jacket to her to hold while he schmoozed around the gym after class. The second woman was a scientist and a single mom of three – 20, 17 and 14 – who asked her children to come to yoga with her but all of them said “no”.  She also informed me there are lots of options to have children today such as IVF or adoption.  The third woman was gorgeous with a rock solid bod, who just had her 60th birthday.  She told me all about her birthday party – her abusive ex-husband attended and it was very awkward; and one of her sons had Asperger’s Syndrome, and couldn’t be bothered to walk upstairs from his apartment to her party.  The fourth was a relationship therapist who gave me a huge high-five when she found out I was childless, saying I was the smartest one in the bunch.  Her enthusiasm confused me, but I went with it… perhaps the champagne was kicking in.

Finally, I confessed to our yoga instructor and my new friends that I almost didn’t come to class because it was a special Mother’s Day class and I thought I didn’t belong.  Their eyes popped. WHY WOULD YOU THINK YOU WEREN’T WELCOME???  After saying it aloud, it sounded like the most incredulous thing on the planet. We all laughed.

We talked about how much we love yoga and treasure the time we carve out for it.  It is a special time that that quiets the mind and stops the constant ego chatter.  The Scientist said it’s her only window each week where she doesn’t have an obligation of work, or of taking care of her family; it was her “me” time.

What I realized was that every single one of us was both perfect and imperfect.  Not one of these ladies had the “perfect” life that I had imagined everyone in the Mother’s Day Class had – perfect life, perfect husband, perfect children.  All of those assumptions could not have been further from the truth. And I was delighted that I had decided to be the “rebel”.  Mostly, I was grateful that I had arrived at a place where I was able to observe my mind, and see the stories that my ego invented to protect me from feeling sad or pain.

A few ways you can turn off the chatter of your own ego mind are:

Driving home from the gym, my cell phone kept buzzing with “Happy Mother’s Day” text messages from people that know I’m not a mother – which seemed extremely odd.  And I realized it was the universe telling me that a “Happy Mother’s Day” is part of what’s to come for me in the future.  Perhaps next year it will be a reality.

As tears of hope ran down my cheek, I smiled with gratitude and joy.  This IS for me, I DO belong, I do DESERVE.