Wealth, Holiday Habits and ISIS: Our Week in Wisdom 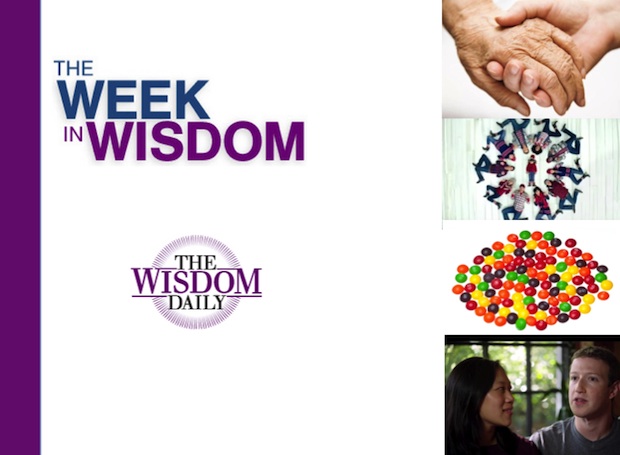 On The Wisdom Daily this week (Dec. 7-11), we explored the emotional process of anticipating a major loss, the concern some feel about how to greet others at holiday time, the fear response achieved by terrorists, the competing priorities in our end-of-year schedules, the philanthropic announcement from a tech billionaire… and more. Did you grow wiser this week? We hope The Wisdom Daily played a part.

I foolishly thought burying my almost 91-year old father would have been easier than what my siblings and I went through in saying goodbye to my mother who died prematurely at the age of 68, five years ago. After all, my mother was supposed to live long enough to see… READ MORE

When It Comes to Holiday Greetings, Assume the Best – Andrew Jacobs

Fear is an odd thing. A fearful instinct telegraphs an imminent danger to you, allowing you to be alert and protective. Fear in the wake of national tragedy or an act of terrorism is a common response. What we do with such fear in the wake of ISIS attacks and threat… READ MORE

Our stores and streets seem transformed: Has the population suddenly doubled, or has the clock suddenly switched to some kind of double time? There is a sense of frantic haste in the stores and streets. It’s that time of year… READ MORE

How to Think Like a Billionaire, Even If You Aren’t a ‘Thousandaire’ – Brad Hirschfield

By now, almost anyone with even the slightest interest in money, philanthropy, technology or plain old-fashioned celebrity, knows about Facebook founder and CEO Mark Zuckerberg and his wife Debra Chan’s plan to dedicate 99% of their wealth… READ MORE

Every week on The Wisdom Daily, we bring you our favorite reads from sources around the web. Topics on this week’s list include researching fairness with kids using Skittles (yum!); a new movie, in part exploring the world of yoga; a condition that we probably all… READ MORE

As ‘Person of the Year,’ Who Would You Choose? – Brad Hirschfield

From Odyssey Networks’ Faith on the Record series: The newly announced choice for TIME magazine’s “Person of the Year” is Angela Merkel, Chancellor of Germany, for her crisis management as a leader who opened doors… READ MORE