How to Think Like a Billionaire, Even If You Aren’t a ‘Thousandaire’ 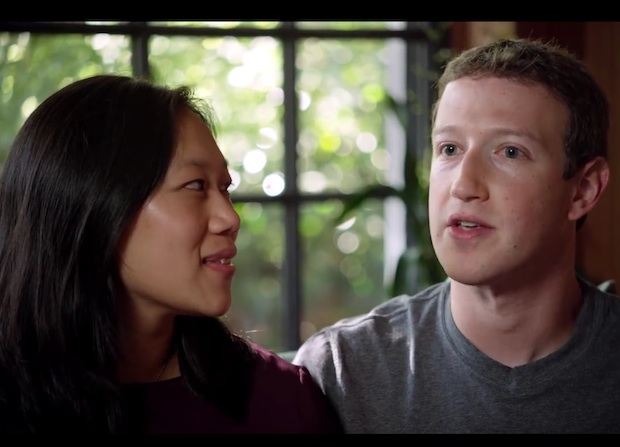 By now, almost anyone with even the slightest interest in money, philanthropy, technology or plain old-fashioned celebrity, knows at least something about Facebook founder and CEO Mark Zuckerberg and his wife Debra Chan’s plan to dedicate 99% of their wealth to the Chan Zuckerberg Initiative. But what do people really know about it?

Why is it that many folks are cheering the move, while a smaller number of no less intelligent and caring people are jeering? I can think of a couple of good reasons, which I will explain, but at the end of the day, wherever one lands on this story of other people’s money, we can find some useful wisdom regarding our own money, and the decisions we make regarding it.

The cheering is pretty easy to understand – 99% of $45 billion is a whole lot of dollars to dedicate to “to further the mission of advancing human potential and promoting equality”. The jeering is best understood by focusing on the 3 letters which appear at the end of the Chan Zuckerberg Initiative – L.L.C. That stands for Limited Liability Corporation i.e. not a charity at all, but a structure which, in the words of Columbia University tax law professor, Michael Graetz quoted in Josh Barro’s article in the New York Times, moves the Zuckerberg Chan money “from one pocket to another.”

Barro goes on to?explain the details of the arrangement, including the fact that the monies are not necessarily committed to charity at all, can be used for lobbying or for-profit ventures, and pretty much anything else which meets the vague measure of “doing good in the world” as defined by those in charge of the LLC. Barro points out that it is actually too soon to know if the move is a good thing or not, precisely because the structure guarantees nothing one way or the other.

Like so many things in life, we may get excited by the news of a new structure or institution, and often forget that the real test lies not in the ‘what’ but in the ‘how’. Ultimately, the positive or negative impact of the decision to place 99% of their wealth in the new LLC will be determined not by the structure they announced, but by how Zuckerberg and Chan use the newly parked resources.

There is however, one very important thing that the announcement does do, and can do for all of us: it points toward asking not only how much we can make and sock away – not that there is anything wrong with either of those! – but it invites us all to ask how what we make can be directed toward advancing human potential, as Chan and Zuckerberg have done. Without even defining those terms and certainly without trying to agree on what that definition ought to be, the vast majority of us have some sense that it adds the notion of creating some greater public good with the material resources we possess. Sounds pretty good to me.

The best part of this is that you need not be a billionaire to ask questions regarding the good your money can accomplish. In fact, this question can be asked at every level of spending from the barest levels of subsistence spending to the most lavish expenditures on what most people would call “foolish luxury”. Each of us can almost always ask how our spending adds value and for whom. Even when we disagree about the definition, the asking of that question turns all spending into a powerful tool for realizing our vision of the world in which we want to live, even when we are taking care of ourselves.

So with regard to Zuckerberg and Chan’s big news, I am with Barro. It is simply too soon to tell if how they will use their money is a really great thing or something far less significant. On the other hand, it is not too soon to appreciate that they are setting a really interesting bar for the spending of their money – one from which can all learn a thing or two – regardless of how the money gets spent, theirs or our own.