Pluto, Spa Trends and Nathan Hale: Our Week in Wisdom 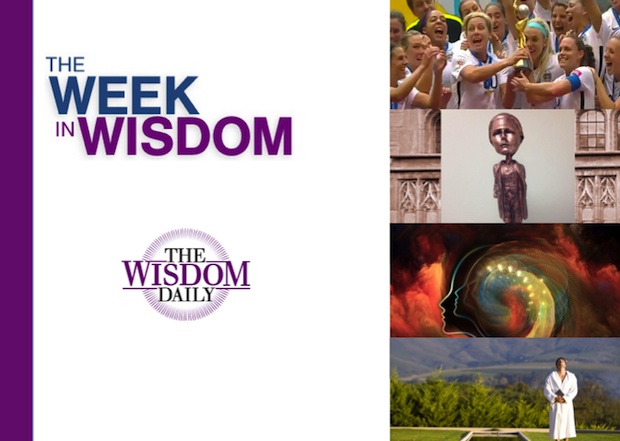 On The Wisdom Daily this week (July 13-17), we took time to explore the balance between humor and political correctness, the evolutionary role of religious thinking, the spa offerings that meet spiritual needs and NASA’s exciting mission to Pluto. Did you grow wiser this week? We hope The Wisdom Daily played a part.

Nathan Hale had only one life to give for his country, but almost 250 years after his death, there’s still plenty of him to go around. And that upsets a Yale-educated author. As a gift to donors, Yale’s class of ’75 recently offered a Nathan Hale bobblehead… READ MORE

In?the words of Bob Dylan, “It may be the devil, or it may be the Lord, but you’re gonna have to serve somebody.” Roger Scruton’s wise book The Soul of the World asserts that, despite New Atheists and “Nones,” there’s a “fundamentally religious impulse”… READ MORE

Why (Not!) Take Your Soul to a Spa? – Brad Hirschfield

Sometimes clergy do smart things. And sometimes they do less-than-smart things (I’m trying to be charitable here). But sometimes they just annoy the hell out of me. In this report about “spas for the soul,” we get examples all three! Read on to see… READ MORE

The following interviews and essays include insightful perspectives about online friendships, the 2015 World Cup stars, the inspiring Colombian turning violence into art and more. Whatever’s transpiring in your life, may you find the words of wisdom you need… READ MORE

From Odyssey Networks’ Faith on the Record series: Have you experienced the awe of contemplating NASA’s beautiful images of Pluto, sent by the New Horizons spacecraft from three billion miles away? For several reasons this amazing mission… READ MORE