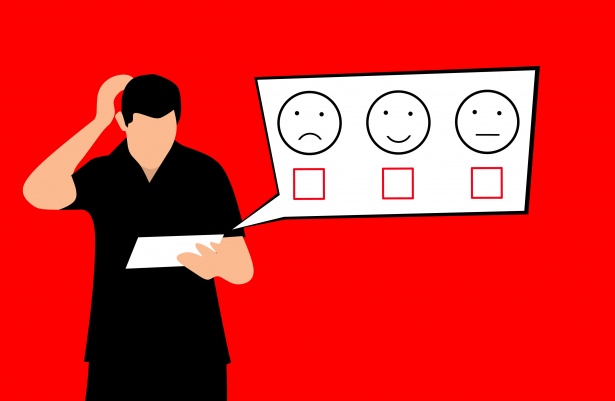 Every year at Shavuot, Jewish communities all around the world celebrate the giving of Torah with raucous gatherings, enormous slabs of cheesecake, and Torah learning from dusk to dawn. Of the many fond memories I have of my time living in Jerusalem a decade ago, house-hopping throughout the night of Shavuot sits comfortably atop the list. I learned provocative, inspiring Torah from complete strangers, danced with folks from Haredi to Hiloni (strictly Orthodox to strictly secular), and emerged from my last learning session to feel the rising sun on my face while I prayed at the Western Wall.

Truth be told, after all these years I couldn’t tell you one thing I learned that night from the Torah study sessions, but I can tell you how they made me feel: like I mattered. Like those sessions wouldn’t have been the same if I weren’t there. Like my comments – however banal or mundane they may have been – helped to shape the conversation and invite Revelation more graciously into the learning.

Perhaps this combination of scripture and society is by design. After all, the giving of the Torah and the first census of the Israelites are deeply connected – both occur in the wilderness of Sinai, and both are acts of God’s abiding love to the people. Rashi (11th c. French rabbi) picks up on this, noting: “Because the Israelites were so dear to God, God counted them every now and then.” (Rashi on Numbers 1:1)

Unfortunately for today’s Jewish community, while Shavuot continues to bring people together across differences to celebrate the gift of the Torah, our decennial tradition of census-taking inspires the opposite effect. Instead of dancing, we get denouncements. Rather than the adrenaline rush of Torah study amongst friends, we get the outpouring of anger at strangers. And in place of curiosity comes certainty.

In my own lifetime, I’ve watched as the National Jewish Population Studies in 1991 and 2001 led to infighting, fear-mongering, and countless thought-pieces about saying “kaddish” for this denomination or that tradition or whatever the author felt worried about losing. And when the 2013 Pew Study came out, there was more hand-wringing, mud-slinging, and kaddish-saying than ever before, even though many of the perceived areas of decline were due to apples-to-oranges comparisons to its methodologically-challenged predecessor. And for what it’s worth, Pew noted this year that comparisons between 2013 and 2020 would be flawed, as well.

Right before Shavuot this year, the Jewish community has received its latest census: Jewish Americans in 2020, a 250+ page report from the Pew Research Center. And – just as Torah was delivered in 70 languages (Tiferet Yisrael on Deuteronomy 27:8) to accommodate the 70 nations of the world, I have no doubt that there will be at least 70 thought-pieces with 70 different takes on what this new census means for the “future of the Jewish people.” So now that it has been delivered, let us look to the Torah for guidance on how we – as individuals, communities, and a people – might prepare ourselves to receive it.

In Bamidbar Rabbah, the exegetical commentary on the Book of Numbers, the text asks an important question that connects the census to the giving of Torah:

“Why (was the census taken in) the Sinai Wilderness? Because the Torah was given through three things: fire, water, and wilderness.” (Bamidbar Rabbah 1:7a)

And what sets apart the wilderness from fire and water, which seem to cancel each other out?

“Anyone who does not make themselves like the wilderness cannot acquire the wisdom and the Torah.” (Bamidbar Rabbah 1:7b)

As with any important news story, the census report will be responded to with blazing-hot takes – “This is the last generation of the Jewish people!!”, which will be counteracted with an outpouring of cold water – “Things have never been better for the Jewish people!!”

Fire and water will always be present when Torah is offered, but it’s the wilderness that allows for it to be received.

How, then, might we heed the words of Bamidbar Rabbah and glean real wisdom from the report? By being like the wilderness. By creating spaciousness in ourselves to be present – fully present – with each word, each percentage point, each bar graph. By opening ourselves to listening for the truths – and the partial truths – in the perspectives of others. And by sitting in patience as the ongoing revelations occur; Torah wasn’t written overnight, nor will the emerging narratives of the Jewish people today.

The giving of the Torah in the wilderness implies an ongoing revelation – vast like the endless deserts of Sinai. Hafoch ba v’hafoch ba (Pirkei Avot 5:26) – we can turn it over and over again, and there will always be more meanings to emerge. So, too are there countless ways to interpret the Pew study, because it’s an ongoing revelation of who we are and who we might yet be becoming as American Jews, in all our complexities and contradictions, our intricacies and entanglements.

I may not remember the exact Torah I learned all those years back in Jerusalem, but I will never forget the feeling that – though we were all strangers to each other, house-hopping through the night – the real revelation was that we all counted. Jewish tradition prohibits us to count Jews, lest we reduce people to a number, a type, a box, a label, a denomination, a category. Let us never use Pew to reduce or diminish people. Instead, let us use the Pew study not to count Jews, but to truly make every Jew count.