In Baltimore, No Simple Answers 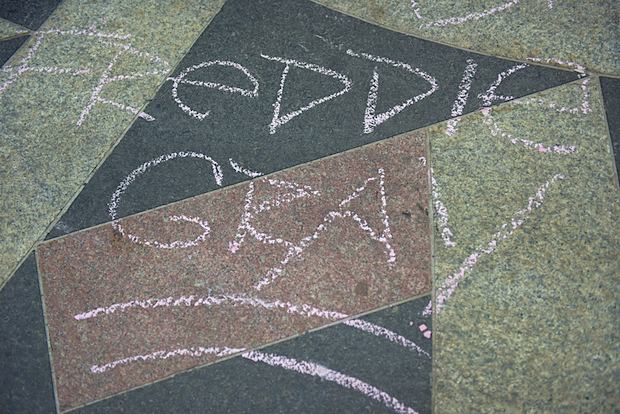 To paraphrase Baltimore native H.L. Mencken: “For every complex question there is a simple answer. And it’s wrong.”

It’s entirely human to want to understand something like the rioting in Baltimore by reducing it down to a single point, or at least a small but closely related universe of points. We should resist that temptation, because Mencken was right: We’d be wrong.

A conservative commentator: “I hate to say it, but this is the outcome of creating a class of citizens who become increasingly dependent on the government for their well-being. The anger at the police has to be seen as a frustration directed at a system that deep down inside they know holds them prisoner.”

A liberal commentator: “This has to be seen in the light of the frustration of a class of people who cannot find satisfaction in an economic and social system where those that ‘have not’ are increasingly segregated from those who ‘have’ and the opportunities those in that class have.”

A thoughtless commentator: “Well, all I can say is that it appears resisting arrest leads to no good.”

An equally thoughtless commentator: “You know that the police started this by over-reacting and showing up in military style riot gear.”

What all of these folks have in common is that they want to reduce this very complex situation down to a political or social anecdote, to make their own point. And to me, that’s more than just wrong. It’s a failure to relate to the true heartache in this entire event that everyone’s going through, and I mean everyone, including the police, including the rioters, including the bystanders, including those in similar situations observing from afar.

A worldview created by instantaneous media and our impatient lifestyles forces us into an intellectual cul-de-sac that generates ideas which don’t serve us, or our neighbors, well.

We need to resist our “need” to find the root cause, the lynchpin, the underlying foundation of this situation. Why, you ask?
First of all, we need to resist this because there isn’t only one. We need to have the wisdom to see something this big and this encompassing as the outgrowth of a tapestry of decisions/indecision, policies/knee-jerk reactions, and actions/inactions that created the combustible environment in which something like this could explode.

The situation in Baltimore that preceded this was not simple, one-dimensional, or even clear. It was and remains murky and complex. For sure commentators can find valid points of view in all that morass of interwoven motivations that support their particular “lens” with which they view the world. That’s tantamount to sticking your hand in the Megabucks number generator, pulling out 12 and declaring that all the balls are therefore even numbers.

In that analogy, as in Baltimore, because what he or she may say is true (yes, the ball was an even number) does not mean that it actually explains what’s really going on. Nor is it correct to assume if we “fix” that one thing that the rest of the social and political milieu will suddenly sort itself out and sift itself into place.

Second, we need to resist because we should not trust ourselves to be an impartial enough observer to find “the right” cause even if there was just one.

Those of you who majored in psychology understand the concept of cognitive dissonance. For the rest of you, a brief explanation: The human mind abhors conflicting ideas. We’re hard-wired to try and make sense of those conflicts, such that the conflict goes away. We generally do that in one of two ways: by looking for another idea or fact outside the the ones in conflict that explains them both, or by discarding one or more conflicting ideas as not being “true” or “right,” so that the remaining ideas fit.

In short, when presented with complex and apparently conflicting ideas, we are driven to find a simple solution, to do whatever it takes to reduce “cognitive dissonance” to a minimum.

The problem is that the place that we tend to want to get to by reducing “confliction” (a word my brilliant son made up when he was 5) by getting rid of things or explaining things gets us to a state that tends to agree with what we think we already knew.

We are not impartial observers. Almost invariably, with situations this complex, our “reduction” does not change our original view. It reinforces it.

So the question is: Can we, in our 100-mile-an-hour lifestyles, where we don’t have time to consider everything, live with the idea that there’s no simple explanation (and therefore simple solution)?

We live in a world where all problems, no matter how complex, get solved in 60 minutes or less (I’m speaking of TV, of course), and usually by some very simple action (pulling the trigger and shooting the bad guy, for example). That’s our worldview, created by an instantaneous media, the internet, and our impatient lifestyles. It’s also a way of viewing the world that forces us into an intellectual cul-de-sac that generates views and ideas which don’t serve us, or our neighbors, well.

So what’s the solution to all this? Simple! We have to learn to sit with our “conflictions,” to embrace ideas that don’t agree with each other. To lean against the winds that blow us towards the “quick fix.” To have the courage to say that we don’t understand it all.

To what end, you ask? So that we have a better chance of seeing the unintended consequences of “fixes” that don’t really fix anything. And maybe that’s the best way of seeing Baltimore’s present condition: as the unintended consequence of a whole series of “fixes” that have been applied over the years, but for which no one had the ability to really see any further than their own perspective and so missed this potential outcome.

I’ll say it if no one else will: There’s no quick fix and we all need to resist the temptation to think if everyone there thought more like we do here, this would all get better. It won’t.

Oops. Sorry about that. I gave you a simple answer.

This post was originally published May 3, 2015, on The Rational View.