A Deep Dive into ‘Shark Tank’ 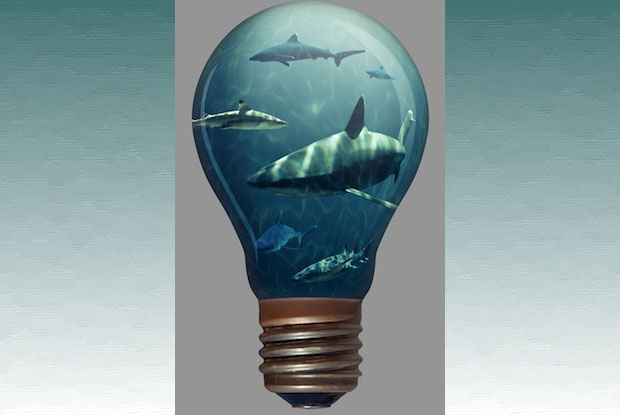 On Shark Tank, the ABC reality show, inventors pitch their ideas to multimillionaire venture capitalists, in hopes of striking a lucrative partnership. As with most “reality” TV, Shark Tank is problematic; as a series about new businesses, this particular iteration sacrifices serious investment and entrepreneurial lessons for entertainment. It also probably gives viewers a vicarious thrill: either winning a capitalist lottery, or deciding someone’s fate. This “emotionally rich” experience surely deflects (and diffuses) people’s anger at crony capitalism and an economic system rigged against them.

But even a manipulative reality show sometime breaks through.?I dare you to watch this Shark Tank episode, from last season, without shedding tears.

Johnny Georges’ pitch for the product he and his late father innovated, Tree-T-Pee – a device to help farmers with trees retain heat and moisture more efficiently to cut down on operation costs – made most of the Sharks cry. During his pitch, Georges outlined some of the benefits his product, including its protection capabilities from cold weather, its durability and its dramatic water-saving potential. But his pitch transcended business metrics and touched upon deep-rooted values, beliefs and world-views that spoke to the heart.

Watch this through – it will be worth it – and ask yourself when in the pitch (and why) was Georges both stunned and moved? What is it about him that’s so real, it speaks to our highest selves? What values does he embody? Watch the Sharks – John Paul DeJoria, founder of Paul Mitchell haircare and Patron tequila; Mark Cuban, owner of the NBA’s Dallas Mavericks; Lori Greiner, author of Invent It! Sell It, Bank It; Daymond John, founder of FUBU apparel; and Kevin O’Leary, chairman of O’Leary Funds – and see with whom you identify?

What are they each thinking about this candidate, as he offers his pitch? Were you moved by it (when)? What compels all but DeJoria to reject it? Beyond the bottom line, what convinces DeJoria to become Georges’ partner? And what exactly is so inspiring that this became the most viral episode in the series’ history?

Cynicism is obviously easy. But there’s actually quite a bit of wisdom here. First, this story reminds us that one may not know how to get a business going, one may seem quite simple – yet, at the same time, have very innovative ideas. Silicon Valley doesn’t own innovation. Innovation comes from people with a passion and a need to solve a problem. We could do a better job reconnecting capital to innovations that actually solve real problems and improve life.

Second, these days in corporate life, there’s an important conversation about customer empathy. Johnny Georges embodies such empathy in how he thinks and treats his customers (the farmers), but not simply as a business tactic or even strategy, but as a way of being in the world. There are a whole set of virtues and sentiments – patience, integrity, prudence, accountability, compassion, perspective and humility – that need to be more deeply integrated into the culture of global capitalism, particularly in a post-industrial, knowledge-based, free-market economy.

Finally, it turns out we have different lines of development that evolve at different paces: physical, intellectual, artistic, mathematic, psychological, moral, spiritual, etc. We’d like to think these lines of development are all integrated, but they’re not. We can be intellectually evolved and morally obtuse, business savvy and psychologically tone-deaf. Johnny and the Sharks are evolved in very different ways – the judgments they make of each other along the way reflect many of the divides and fault lines in our country. So who would you want to be? Who would you want your children to model themselves after?