Your Job’s Not Meaningful? Think Again. 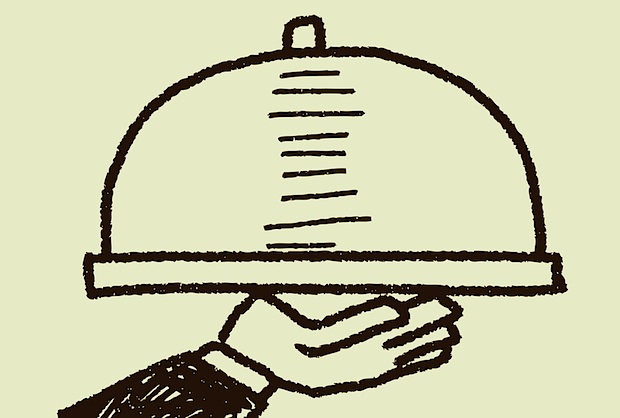 I think most people do. That’s why I was so excited for The Wisdom Daily to feature Elan Babchuck’s recent post about career crossroads, “Selling Something to Believe In.”

I hope today’s post, expanding on Elan’s, will not only continue a conversation between us but invite you to join in, as well. In the original piece, I was struck by the stories of the two men – the seafood restaurant waiter upset to be “selling fucking fish!” the day the Twin Towers fell, and the atheist entrepreneur selling Spanish-language Bible apps. Each felt troubled by the seeming emptiness (hypocrisy, even) of what was demanded of them in order to succeed professionally. Each felt the need to do something more “appropriate,” “meaningful” – or at least less hypocritical – in order to feel good about what they were doing with their lives.

We may be receiving an invitation to think about what we’re doing in a new way.

Personally,’d love to invite those in similar dilemmas see a deeper meaning in what they’re already doing, before being so hard on themselves.

If Joe the waiter wanted to quit serving people food, because he sought some something more meaningful in the face of tragedy, so be it. But hopefully he didn’t leave before taking a moment to appreciate the healing power of a well-served meal. Breaking bread with others can be among the most transformative experiences we have; it is why there’s not a single spiritual, ethnic or national tradition which doesn’t ritualize the preparing, serving and sharing of food. And while waiting tables may have lost its appeal for Joe, it’s certainly something one can believe in, especially during times of crisis and vulnerability.

As for Trevor, the atheist Bible salesman who experienced feelings of hypocrisy about his income, he might want to consider the joy and meaning he’s brought into the lives of others. He need not believe in the Bible as the word of God, in order to believe in helping people access their own belief that it is.

I’m reminded of a story I once heard from MIT behavioral economist Dan Ariely (author of Predictably Irrational), about redefining what it means for something to be real versus fake: Lying in a hospital burn ward after a military accident, Ariely was surrounded by wounded patients who’d received maximum doses of morphine, yet remained in terrible pain. Doctors and nurses promised more morphine, and proceeded to inject them with a simple saline solution. The majority reported a significant decrease in pain. It was fake morphine, but turned out to be very real, if unexpected, pain medicine.

There are definitely times to make a change, when our heads and our hearts scream out that we’re not making the most of our lives, not living with authentic connection to our most deeply held values. There are other times when we might do better to take a breath, and consider that – rather than changing what we’re doing – we may be receiving an invitation to think about what we’re doing in a new way. It’s especially powerful to celebrate serving others what they seek most, even if it’s not what we might want or need in their position.