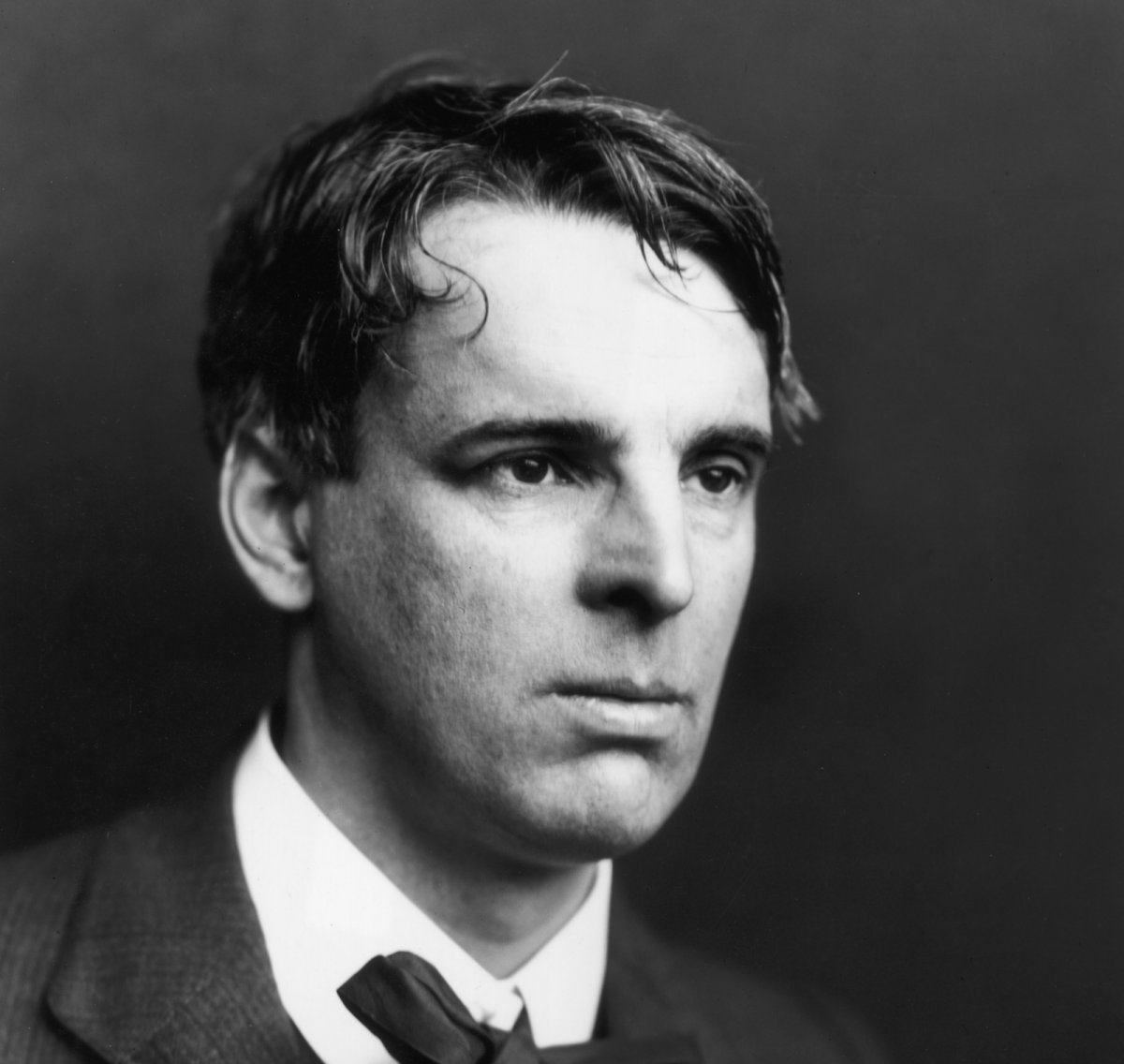 Flipping through the poems of the great Irish writer, I was blown away by his magic. I was further blown away to find out just how real his wizardry appeared to be…

I’d like to suggest that the greatness of W.B Yeats is difficult to match by any contemporary genius- mad man or poet. In my amateur experiences with his poetry and prose, it is quite difficult to imagine a sense of magic and nationalism quite as real as the one that permeates his writings. Whether written in the form of an Aisling, (an ancient Irish poem in which the land of Ireland is personified as some sort of female character), or an intricate essay or prose, Yeats possesses a seemingly inhuman method of elevating metaphors to mysticism. He pieces together stanza after stanza of pure magic – or so he believed. In fact, Yeats believed himself to be some sort of necromancer. He truly thought he possessed semi-magical powers and believed that a poet needed such powers in order to truly be great.

Yeats often fiddled with the concept of escapism, perhaps even outside of the realms of his writing. He had a knack for creating works which lifted the reader from their homey place in the present world, transporting them to a better, faerie home. Perhaps this wizardry is something any human can conjure up, occult, or not. Perhaps everyone is looking to escape some way or another – but is magic the correct outlet? What exactly are we escaping from?

I myself, have always agreed that writing truly is magic, especially the process of “free writing,” or “automatic writing,” as Yeats put it himself. To implore a direct quote from the Norton Critical Edition of Yeats’ works, “automatic writing” may be described as, “a process in which the writer suspends the conscious mind and allows the hand to move across the paper at the behest of outside forces.”

Although these works often resulted in scribbles and randomized lines, Yeats believed they arrived from some sort of psychic vision and that these were messages from spirits. He believed these spirits would channel themselves through him and answer his questions; he therefore committed his life to decoding and actualizing these messages, lending them to his perspective and his poetry.

Yeats practiced automatic writing with his wife. She would sit for hours at a time producing a scarce sentence here and there, or perhaps some scattered lines. He wrote extensively about these experiences, believing deeply that these mysterious instructors had come to deliver “metaphors for poetry.” When Yeats would feel a certain signal coming, he would prepare himself with paper and pen – ready to receive. He felt the spirits were whispering to him – conveying deeper metaphors which demanded decoding.

The world of the mystical seemed to be much more than a path of creative expression for Yeats – it was also a means of religious replacement, perhaps a replacement for anything complicated or painful.  From Yeats’ collection “From the Rose,” comes his revolutionary piece “To Ireland in the Coming Times.” This piece laces together a few different concepts, such as magic as a placeholder for religion, and Ireland as a prideful home for the future of Yeats’ poetry. He writes:

Because the red-rose bordered hem

Of her whose history began

Before God made the angelic clan,

Trails all about the written page;

For in the world’s first blossoming age,

The light fall of her flying feet,

Made Ireland’s heart begin to beat

Yeats often incorporated the image of the rose into his poetry – particularly the imagery of a rose on a cross. To him, it represented eternal and spiritual beauty. It also represented a symbol of love and nationalism for Ireland. The cross represented the earthly grounding of this abstract beauty. Additionally, the rose acted as the symbol of the Order of the Golden Dawn, the occult society Yeats had belonged to.

The above stanzas refer to a history before religion, the magic that caused Ireland’s heart to flutter and crawl. They seem to point to writing itself – the creativity which brought the land to life – the writers and the makers; the nationalists who gave passion and soul to Ireland, personifying it as a woman, a breathing human; a lover that must be cherished and defended. (This gentle mending of love and nationalism surely cannot be replicated in any modern day piece about America).

In Yeats’ famous poem “The Stolen Child,” he writes of faeries coercing children to come away to their beautiful faerie lands – as Irish Folklore teaches that faeries were rumored to steal human children, playing with them and adopting them as companions. Yeats writes:

To the waters and the wild

With a faery, hand in hand,

For the world’s more full of weeping then you

The irony of this phrasing is that, yes, children have yet to discover the evil of the world, so shouldn’t it be the adults that are offered comfort? Leave the ignorant children to dwell in innocence, let them exist in bliss. Of course, this poem was created for adults – fully steeped in religion and politics, jaded by the aging world. Yet Yeats disguises this evil quite well as he continues:

He’ll hear no more the lowing

Of the calves on the warm hillside;

Or the kettle on the hob

Sing peace unto his breast,

Or see the brown mice bob

Round and round the oatmeal chest,

For he comes, the human child,

To the waters and the wild

The real irony here is the beauty of what Yeats describes – the warm hillside, the whistle of the kettle – there’s nothing evil or tainted about this imagery. I’d like to suggest that these mundane items portray a type of earthly, homey magic, unlike any other – the simple things that prove that this “evil world,” perhaps isn’t that bad.

But how can Yeats describe such beauty and peace while simultaneously suggesting a means of escape, a ticket out? A magical rescue mission of some sort?

How can a writer as acclaimed as Yeats thrive on the belief of magic and occult principles? How can anyone possibly believe in magic in a modern world, so clouded by politics and hatred? Is there any magic left at all, or is it simply fool’s gold?

Earlier on, I stated that Yeats was constantly equipped with paper and pen, should an esoteric vision accost him. I imagine many writers are often prepared with ink and parchment, should inspiration hit them when they call upon it, or perhaps when they least expect it. The world is full of roses and crosses, and, warm hillsides – little brown mice and mother’s breasts.There is so much beauty, so many miracles – countries with aching, breathing souls and bodies. There is so much to write about – so much to become. There are infinite methods to actualizing creativity and everyone has their own individual methodology.

Writing is magic, the world is magic – one need not belong to any occult organization to practice free writing – to channel creativity, to contact otherworldly spirits. I’ve often felt myself looking back on old work of mine and attributing it to something external – something out of this world. Sometimes we develop metaphors that seem beyond our own abilities – we speak words from our mouths that seem foreign and outside of ourselves. This is the magic of being a writer and a creator – call it what you will.

The real magic is the elevation of the pen to the page – the mundane to the spiritual, the transcendence to the world of the creator. Before looking for an escape route to the other world, one must first appreciate the beauty and the magic that is all around. We simply need to look for it.