Why We Mustn’t Abandon Our Ideals, Though We Will Never Achieve Them 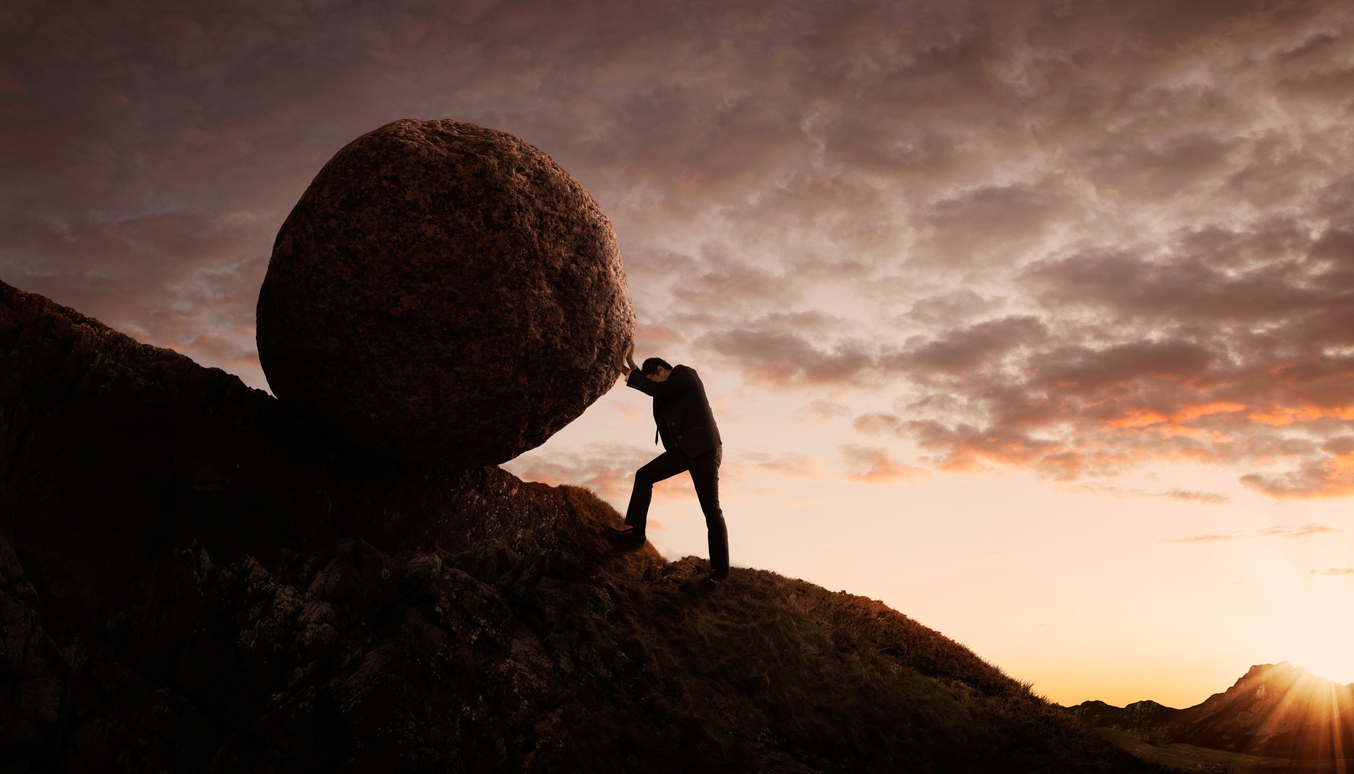 Many religious traditions are hotbeds of idealism. Images of perfection abound: exhortations to virtue, stories of saints and sages. There are training regimens to attain seemingly superhuman levels of menschlichkeit (good character), as in Lithuanian Judaism; ecstatic clinging to God, as in Hasidic Judaism; Christlikeness as in Catholicism; freedom from suffering, as in Buddhism; nondualistic vision, as in Vedantic Hinduism; or compassion, as in Tibetan mind-training.

Some religious traditions actually rebel against this idealism, as in some forms of Christianity like radical Protestantism, or Jodo Shinshu Buddhism, both of which dismiss all personal effort on the spiritual path in favor of total reliance on grace.

The number of people who are still attracted to the various forms of spiritual athleticism might surprise the average pop culture savvy North American. Young men and women become Buddhist monastics not just in Asia but in London and San Francisco; significant numbers of Jews take up Orthodoxy, whose rules make monastic discipline seem simple and undemanding by comparison; there have recently been reports of a renaissance of young women becoming Catholic nuns.

Yet many people are leery of idealism these days. The media often fixates on tales of falls from grace and scandals of saints with feet of clay. Those drawn to the spiritual path are often suffering from unhealed trauma and psychological wounds, and find measuring themselves against ideals of perfection produces feelings of guilt, shame and self-loathing. These feelings sometimes drive them away from the spiritual path, or towards seeking a reformulation of its ideals.

Does the pursuit of virtue only set us up for guilt, the quest for peace only provoke turmoil, the practices of self-scrutiny birth self-hatred? For years now, some Western Buddhist teachers have been suggesting that enlightenment is actually a fairy tale, and a more modest goal, say, of being 10% happier, is more realistic and, paradoxically, less productive of angst.

The Protestant Christian doctrine that people are unable to reform or perfect themselves and that their salvation lies only in Jesus’ forgiveness and redemptive atonement on their behalf is more popular today than it has ever been, and no doubt the prospect of giving up the struggle to better oneself and relying instead on unconditional love is a major factor in its spread.

Isn’t it better to stop aiming so high, finding ourselves again and again, like Icarus, spiraling down to the ground, aching with the loss of our wings?

Victor Frankl (1905-1997), the legendary psychotherapist and Holocaust survivor who wrote Man’s Search for Meaning, argued otherwise. Frankl once made a provocative point about why he thought it is important to set your goals high. He explained that he had recently begun taking flying lessons, and his instructors had told him that if he was flying against a crosswind, he should not aim for his actual destination, but rather north of it. If he aimed at the landing strip, he would crash into the ground. He must aim beyond his actual destination. “I think it is the same with man,” Frankl said. “If we take him as he is, we make him worse. But if we overestimate his capabilities…”

Within Frankl’s metaphor is a compelling observation: in fact, we always fall short of our idealistic goals. That fact is not a reason to abandon them, but the opposite: a reason to keep them. Once our idealistic goals are abandoned and we accept our limitations, we can all too easily settle into stagnation, rationalization, complacency, and sloppiness.

The counsel we hear to abandon idealism makes the ideals the problem, but what if they’re not? What if the problem lies instead in how we relate to our failures? Failing in our ideals means, after all, that at least we have ideals to fall short of.

As a great Thai Buddhist teacher, Ajaan Lee Dhammadharo, said once, “It’s better to have clothes with holes in them than no clothes at all.”

Why can’t we accept that we have some holes in our clothes? Might it be because we believe we have to be perfect to have value?

If so, then the problem doesn’t lie in shooting high. It lies in believing that if we’re not the best then we’re nothing at all. It lies in not accepting that we are imperfect, that others might succeed more than us, that we are faulted. It lies, I think, in a weird mixture of egalitarianism and ruthless perfectionism.

As a teacher of mine, Thanissaro Bhikkhu, liked to say, if you want to get to the top of a mountain you need to do two things:

First, you have to know what direction the mountain top is in and head there. Second, you have to pay attention to navigating the obstacles right in front of you. If you only pay attention to what’s right in front of you, you wander around aimlessly and get nowhere at all. If you only look at the mountain, then you can bump into things and people and cause a lot of damage to yourself and others along the way.

It’s a good thing, then, that our religious traditions are hotbeds of idealism, as long as on our way up the mountain we make sure to see what’s in front of us clearly.

If all we stare at is the ideal, we will crash again and again into our limitations. Yet if we accept our limitations and make our goal being who we already are, we will stagnate. The trick lies in keeping the ideal in mind while dealing honestly with who we are and our own limitations, and having the humility both to do the work we need to do and accept the work we’ve been given.

As for the solution to feeling bad about ourselves, well, that can be more complicated. It may lie in psychological healing, or it may lie in challenging false beliefs about ourselves, like that we are only worthy of love if we are perfect. Ironically, in accepting imperfection often lies the ability to blossom and attain higher states of perfection.

This is not because we let go of our ideals, but because we change our methodology. We don’t improve ourselves by hating who we are and attempting to beat ourselves into another shape, but in loving ourselves and accepting our faults and failures with humour and realism.

When we do that, can walk in our hole-y garments, our holy garments, up the mountain, farther up into the light which gradually heals the holes. Maybe the garments will never be perfect, but as long we head in that direction there will be healing.