Why Santa Brought The Rabbi’s Daughter A Gift 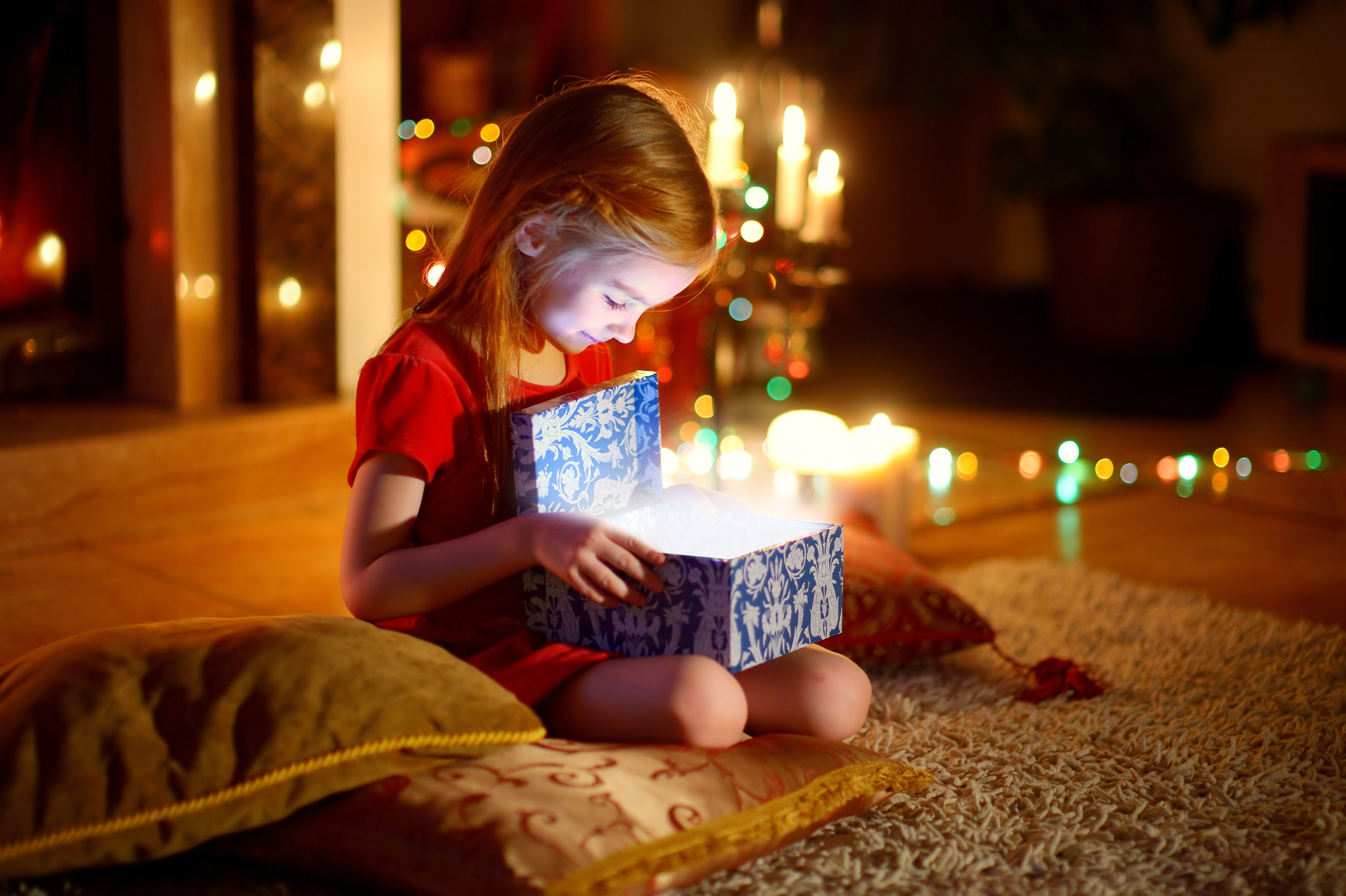 Never in a million years would I have ever thought that I would buy one of my children a Christmas present.  I am not against Christmas by any stretch.  But in my house, we celebrate Jewish holidays and we give Chanukah presents. That was until last winter.

My family and I spent the winter break driving the coast from San Francisco to Los Angeles.  We took Chanukah on the road, lighting some semblance of a Menorah nightly and making due with gift giving on the road.

Our youngest, Sadie, is a believer.  She wonders and imagines; dreams and transcends.  She asks questions about the ethereal without knowing it.  She wants to know about the meaning of life and how and why people live and die.  She thinks about how relationships are made and broken.  She is befuddled by homelessness and hunger. Her wisdom is deep and otherworldly… and even better, she doesn’t think highly of herself for her extra sense about the world.  She just is; just as the world just is.

She was only eighteen months when my mother, her Bubby, died and yet, she is sure she knows her.  She looks like her and seems to be as intrinsically connected with her, as clearly as her face resembles my mother.  Indeed, she is a believer in all kinds of ideas that go further than the finite.

And so, Sadie, last winter asked if Santa would visit her.  Before my wife and I could answer, our older two children pounced, “C’mon, Sadie, you baby, Santa is not real.  Santa is not real and neither is the Tooth Fairy.”

My protective instincts acted before my rational faculty fired up. “Sadie, don’t believe them, they are just giving you a hard time.  Of course, Santa is real.  Don’t ever stop believing what your heart tells you,” I emphatically voiced.

My wife looked at me with a stare that asked, “Now, what are you going to do?”  I looked at my older two and whispered, “Don’t you dare say another word!”

I thought the whole thing would just go away, since we still had days of vacation in front of us.  It didn’t!  Every day, Sadie would ask more questions.  She particularly wanted to know how Santa would know that we weren’t home on Christmas.  How would she ever get her present if we weren’t at home? I was all in.  I assured her that Santa knew everything.

We arrived home a few days after December 25th and I had already written her a note from Santa and purchased a bottle of shells and sand (she adored the Pacific Coast beaches and thought Santa would get that) from the airport gift shop.  When we arrived home, I ran upstairs with the first suitcase and placed the letter and gift from Santa in her room.  She came into the house and went searching.  She found it and cried in bliss.  She said, “Daddy, I was right.  I knew it was true and look at the beautiful note Santa left me.  He said that he knew I was Jewish, but because I believed in him, I also got a present, just like my Christian friends.”

I wondered if I was spiritually confusing my child.  Judaism is part and parcel of our familial cadence. I know my parenting skills can always use honing, so I didn’t want to cause more problems than I do by way of everyday parenting. But somehow, it seemed spiritually clear. Her relationship with the mythical was age-appropriate, helped her delve deeper into her sense of wonder and was not about a choice between Original Sin being true for her or not; nor about if the Messiah had risen once already or not.  Instead, it was somehow about a connection to that which will ultimately make her feel safe and connected to the possibility of the unknown, to the potential for her to feel sure in the world of the mysterious.

I believe that the ethereal world will lend her depth and confidence; surety and direction.  I know she will get so much of that through her Jewish practice, but denying her temporary sojourn seems antithetical to everything we want for her spiritually.  (Can you tell the rabbi is trying to convince himself?) I am guessing, like the Tooth Fairy, this will play out only for another year or so.

But, in the meanwhile, a year later, another Christmas has come and gone.  And, wouldn’t you know it, Santa came for another visit.  Sadie made him cookies and milk.  And sure enough, Santa left a small gift for her (not her non-believing siblings), a letter, which assured her of some important messages from her Bubby, and our late dog, which made certain to her that her he is okay with us getting our new puppy this coming weekend.

This is the letter Santa wrote to Sadie:

I know that Christmas is a Christian holiday, but because you believe in me, I have decided to come visit you along with all of the Christian children.

Don’t worry about anyone else…. just be the very best you can be and that will be enough.  You are such a beautiful person, inside and out.  You are so smart and incredible and lovely.

Keep on doing your gymnastics and acting and reading… it seems to make you so happy and it makes everyone else so proud also. I hope you are proud of yourself.

Keep on dreaming, sweet Sadie, and keep on loving your donuts.

Thank you for the cookies.  They were the best of any treat I have gotten this Christmas.

I asked Sadie what she wanted to be when she grows up yesterday.  Without missing a beat, she confidently said, “I want to be a rabbi, Daddy!”

Go figure.  The wisdom of babes!