Why I Wear A Safety Pin 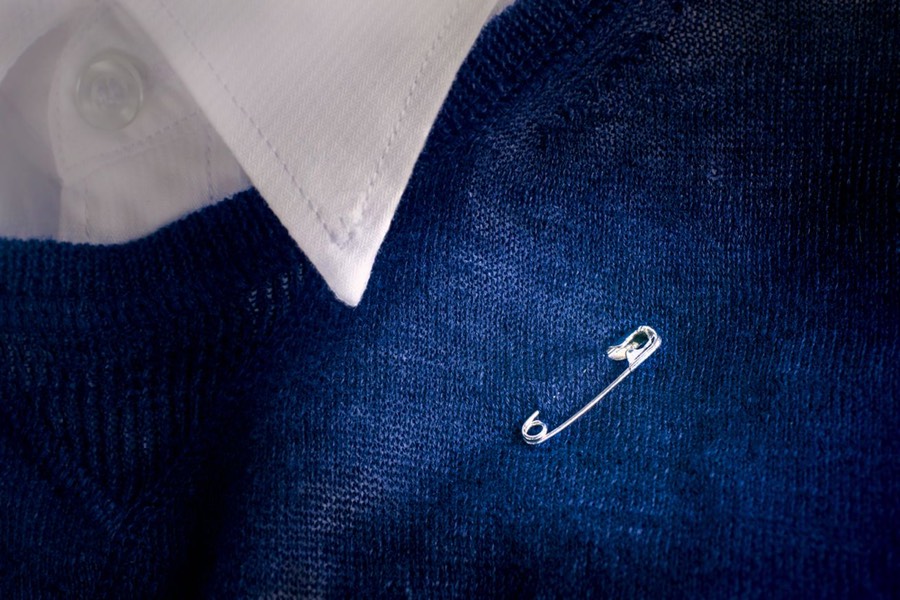 When I put the safety pin on my jacket, I took a deep breath.

I knew that, according to some, this was a meaningless, even silly, symbol of support to those who might be in danger of attack by some group or individual against another, based on their race, ethnicity, religion, sexual identity, range of ability or other category.  “Wouldn’t you know,” their voice in my head said, “that she thinks that just putting a safety pin on her jacket is an act of solidarity that somehow would commit her to act to help others in scary situations.  It’s an absurd, ridiculous act based on white privilege.”

I knew that, according to others, this was a powerful signal, telling those who looked and noticed, that I was an ally, or at least a potential ally, should some threatening situation appear before me.  Their voices also warned: “Be prepared to fight, to really fight…to put yourself on the line for strangers…in potentially dangerous situations.  If you’re not prepared to fight, don’t put on the pin”.

Between the scoffers and the supporters, I found myself thinking about the significance of a safety pin:

My first association with safety pins was the diaper pin, in those days before the environmentally disastrous plastic diapers was ubiquitous.  The diaper pin held the sections of the cloth diaper together, reducing the chance of leakage.  With vitriol dripping freely in the public sphere in this post election political climate, stopping or at least reducing leaking discharges (of the verbal sort) seems like a fine idea.

My second association was about connection.  A pin joins parts together. I was in a meeting yesterday and noticed someone else wearing a safety pin.  Our eyes met, a connection was made, an assumption of shared concern, an instant neighborhood.

But what about safety?  The top section of the safety pin protects the sharp point, reducing the chance of a pin prick.  But the tip must be sharp for the pin to function. As a symbol of being an ally, the safety pin sends a double message.  First, the implication is that the wearer personifies ‘safe space’, an individual “walking sanctuary.”   Second, it is a warning: the tip is sharp, needle-like, and can be used as a weapon.

If the only act someone did to indicate their concern for the vulnerable among us was to put on a safety pin, I, too, would consider it laughable rather than laudable.  But being aware is always the first step toward change.  First, be aware, then learn.  Learn, then examine the alternative actions.  Examine the alternatives, then decide.  Decide, but then, most importantly, act.

All that in a tiny, almost significant bit of metal?  Yes. So when I put the safety pin on my jacket, I put some extra pins in my pocket.