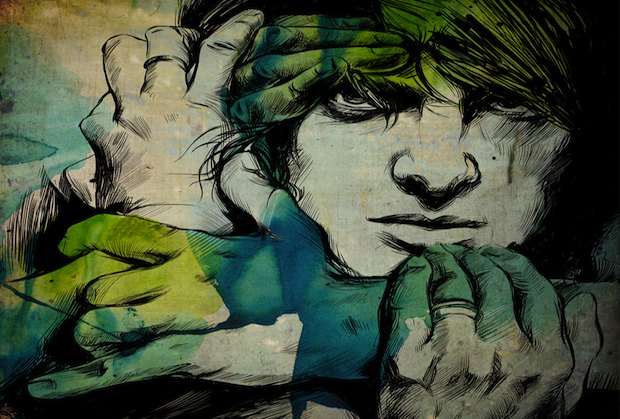 Why do so many people in our culture still buy into the notion that “real men don’t cry”? In a recent piece on Aeon, writer Sandra Newman raises this question. And she suggests that there may be some utility in men containing their tears in certain situations. But she also points out that it’s a relatively recent concept to equate masculinity with dry eyes – an idea that’s ultimately more unhealthy than not.

Newman cites scientific research showing that crying opens pathways of connection and healing in unique ways; it often includes feelings of hope and relief that flood in after the tears flood out. In her piece, the benefits of men having a good cry are clearer than why society stopped tolerating it, but the bottom line is: most of us would do better if we cried a bit more.

These tears did more to connect me to my father – the reality of his death and gift of his life – than I could have possibly appreciated previously.

I know what she means…sort of. I wasn’t raised to believe “real men don’t cry.” Nor have I ever been particularly shy about expressing emotions. On the other hand, I never really cried when my father died, more than two years ago, at least not as much as I expected to (or, as weird as this may sound, as much as I thought I should).

So where were all of the tears? The truth is, I don’t really know. I don’t know if I ever will. Wherever the tears were, I experienced at least some of them over the past few days, and it felt really good. Having found the tears that had eluded me for so long, and whose absence subtly haunted my consciousness – making me wonder if something was wrong with me – I now feel so much better!

How I tapped into those tears is actually for another time. For now, I simply want to recognize the wisdom of tears, and to add one thing I learned from the “delayed” cry I had. Tears come when they need to (when you need them to) – not when they “should.” My only regret about my tears was the amount of time I spent regretting their absence. In fact, as I experienced them, they did more to connect me to my father – both to the reality of his death and the gift of his life – than I could have possibly appreciated previously.

So yeah, real men cry. That is something I always knew. What I know now more deeply is that there’s no schedule for when. We should heed the scientists in Newman’s report, about the value of men embracing the act of crying. That said, we should do so on our terms, and in our own time. In fact, that even adds a bit of “masculine” empowerment to the process, which should help those who worry about what it means to be a “real man.”

It means you cry – but, to paraphrase that mid-century ?ber-male, Frank Sinatra, you do it your way!