Do You Have a ‘Designated Survivor’? 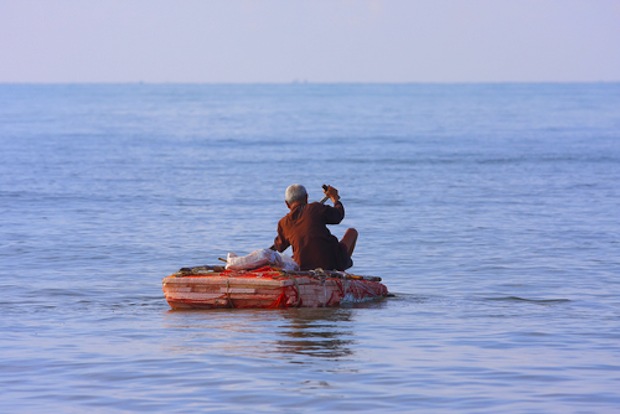 Sometimes, political tradition points the way toward wise personal practice. Okay, maybe not that often, but when it works, as it did this week, it really works!

Did you know that there’s a ‘designated survivor’ during the State of the Union address? No, it’s not somebody assigned to stay awake when the whole thing gets so boring that everyone else in the room dozes off – although I smiled when my 13-year-old daughter thought so, after she heard me use the term.

The ‘designated survivor’ is a single government official, typically a cabinet member, who is sheltered, safe and secure, in a separate location when pretty much every important federal official is sitting in Congress, watching our President deliver the State of the Union address.

Who would you ask to continue your work and rebuild, if you were suddenly unable to carry on?

The tradition goes back to the Cold War years when the country was gripped by anxiety about the imminent possibility of a Russian nuclear attack wiping out the U.S. government. In this era of mass terror committed by those sworn to destroy America, especially since the 9/11 attacks, the tradition makes some real sense.

On Tuesday, Transportation Secretary Anthony Foxx was chosen as ‘designated survivor.’ Had the worst occurred, the 44-year-old former mayor of Charlotte, NC, would have become President, with the task of rebuilding our entire federal government, not to mention leading us all through the greatest catastrophe in our nation’s history. Happily, the worst did not happen!

But it leaves me with a real question that we could all consider: Who would be your ‘designated survivor’? This isn’t asked out of some macabre fascination with death, or even fear of it – nor because I think it’s always necessary to “be prepared” (though I was Boy Scout). I ask because each of our answers may really provide some clarity about the purpose we attribute to our lives, and who can be relied upon to help us.

Who would be your Anthony Foxx? Like the Transportation Secretary, the individual you choose needn’t be the person closest to you, or the one others would assume you’d select. It would be a person you’d ask to continue your work and rebuild, if you were suddenly unable to carry on.

Now here’s the really interesting part, especially as we hope this candidate will never be called upon. Why did you choose the person you chose? What is it about them, their values or personality? What important things would you trust they could get done, if you were not here to do them yourself?

The answers to these questions are not only about the future. (Or, if you prefer, they are about the future, and the future is now.) Not, I hope, because any of us face an imminent tragedy, but because the future we hope to build is ours to build today.

So take a few moments today to think about whom you’d name as your “designated survivor,” and more importantly, why you’d appoint that person to take care of your future. It will tell you quite a lot about how to create a great present.