What Makes Thanksgiving the Happiest Day? 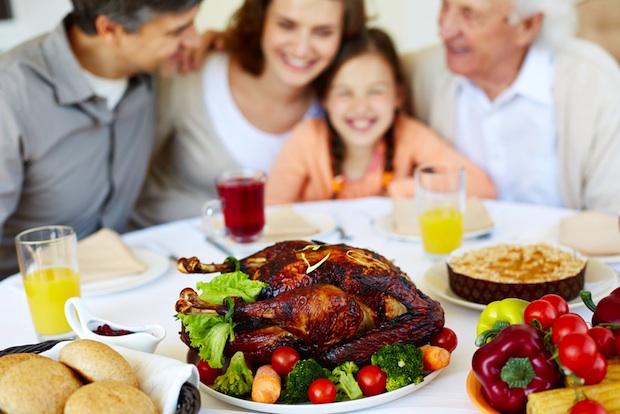 Thanksgiving is upon us. Soon, we’ll be shopping for Thanksgiving dinner, buying more than 50 million turkeys and spending more than $2.8 billion at the grocery store. Over 25 million people will hop on an airplane, and millions more will hit the road or board a train, in order to spend Thanksgiving with loved ones. The traveling, shopping, cooking and spending will be worth it as studies indicate that out of all American holidays, Thanksgiving is the one that consistently makes us happy.

As the number of Americans who choose not to affiliate with formal, religious institutions continues to increase, Thanksgiving’s lack of rigid rules and rituals is appealing. From its inception in 1621, Thanksgiving was not an overtly religious event. Rather, it was a gathering that allowed people to celebrate their ability to overcome tremendous struggles. The Thanksgiving celebration that developed in colonial America was a blend of ancient harvest festivals and both civic and religious days of thanksgiving. Expressing gratitude to God was part of early Thanksgiving festivities, however, formal prayer did not become part of the holiday.

Today, Thanksgiving emphasizes gratitude but does not dictate how we express this gratitude. By giving Americans this freedom of expression, Thanksgiving is inviting to many people, regardless of their religious persuasion. This is certainly one of the reasons why so many Americans truly enjoy the holiday.

While the simplicity and lack of formalized ritual that characterized early Thanksgivings continue to define the holiday, the evolution of Thanksgiving over the past 394 years is another important factor that adds to the holiday’s popularity. Initially, cities, colonies and eventually states would hold their own Thanksgiving celebrations to express gratitude for various reasons, including a drought ending, a good harvest or the arrival of a ship. President George Washington declared a national Thanksgiving celebration to commemorate the country’s independence and the ratification of the Constitution. It wasn’t until 1863, in the midst of the Civil War, that President Lincoln proclaimed Thanksgiving as a national holiday to be observed every fourth Thursday of November. It was Lincoln’s hope that Americans would appreciate that, despite the war, God blessed the United States and deserved thanks.

In time, Thanksgiving would become more lighthearted, a day to give thanks for the ability to simply enjoy life. Americans began to incorporate fun activities into their Thanksgiving celebrations. By the late 1800’s, college football games were played on Thanksgiving? and by the early 1900’s, parades were held on the holiday. The appearance of Santa at the end of the Macy’s Thanksgiving Day Parade announced the beginning of the Christmas shopping season. To this day, Black Friday remains a very important shopping day and recently, many retailers remain open on Thanksgiving.

Although Thanksgiving has become too commercialized for some, last year it topped The Gallup-Healthways Well Being Index of Happiest Days. Despite the evolution of the holiday, its consistent message of gratitude still resonates with us. As it has evolved, Thanksgiving has expanded to include various ways to live this message. Whether it be spending part of Thanksgiving Day at a parade or football game, cooking, attending a religious service or preparing for Black Friday sales, when we gather together to eat the turkey, it’s easy to feel grateful for all of our blessings.

From Thanksgiving, we can appreciate how important it is for other secular and religious holidays to evolve in ways that keep their messages consistent while engaging a wide array of people. As a rabbi, I am determined to incorporate the wisdom of Thanksgiving into the upcoming holiday of Chanukah, using this wisdom to make the message of Chanukah, that miracles do happen, more accessible and relevant. To do this, I am launching two projects:

These are just two examples of how we can share the meaningful messages of our holidays. Imagine how powerful it would be if the messages of more of our holidays could touch people like Thanksgiving does. With a little effort, I believe we can help more holidays climb up The Gallup-Healthways Well Being Index of Happiest Days and bring more joy into peoples lives.