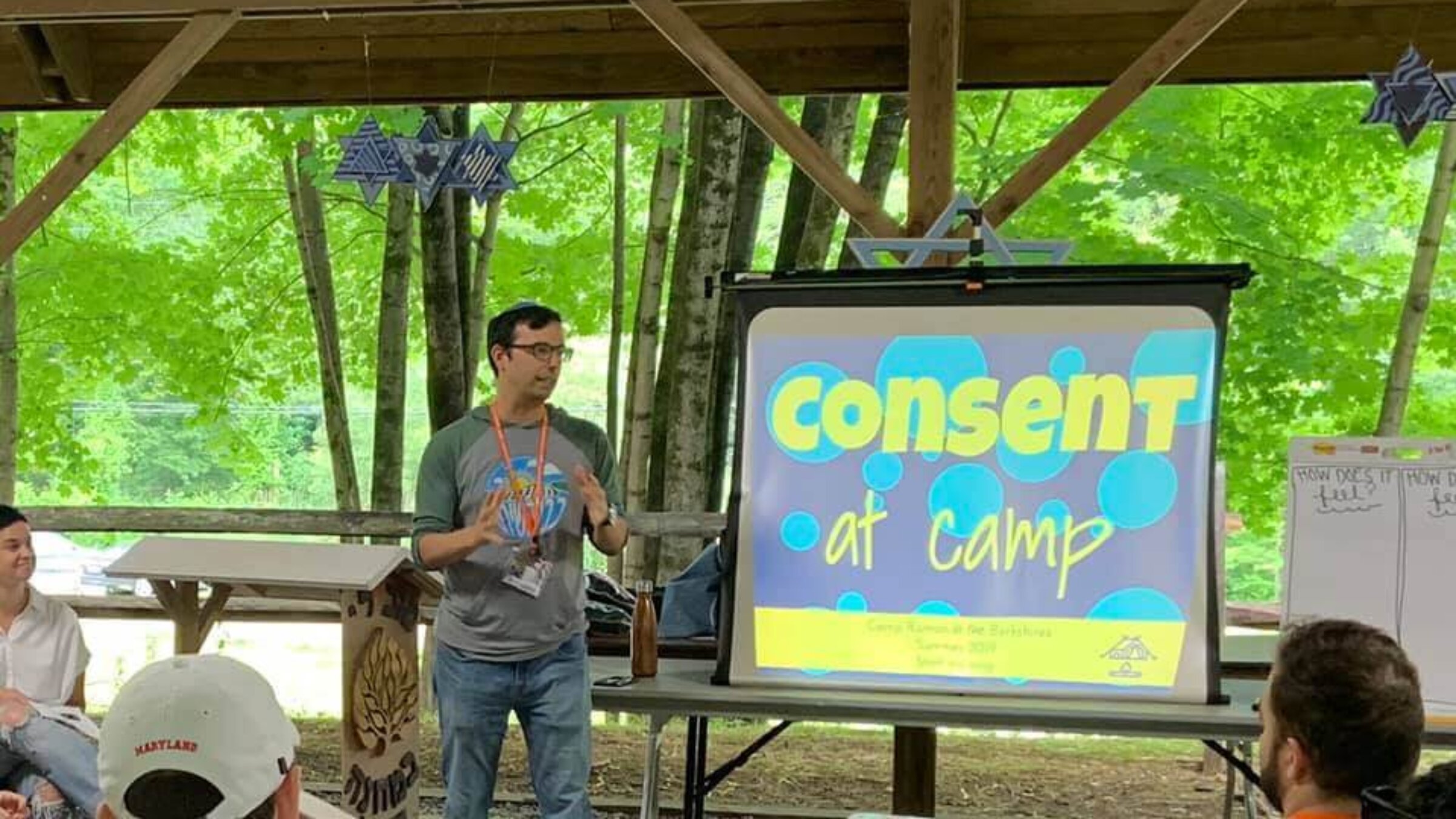 If a fifteen-year-old male camper sneaks into a girl’s bunk and sexually violates her penetrating her digitally, what might happen next?

Clearly, an assault has occurred.  How to proceed and how to treat each of the parties?

Jewish law, based on the Mishna of Bava Kama 8:1 suggests that there are five kinds of damages that one who injures another must pay: Injury, pain, medical costs, loss of livelihood, and shame.  All of these categories are included in damages for a sexual crime as well.

In a case elucidating this Mishnah, in Bava Kama 84a, Rav Ashi says that these damages include the damages for rape, as discussed in Deuteronomy 22:29.  Earlier in that passage of Bava Kamma 83b, a discussion of shame and how it can be measured and paid for, the following judgment is made: “How is payment for humiliation assessed? It all depends on the stature of the one who humiliates the other and the one who is humiliated.” For adolescents, especially in a closed environment such as a camp setting, the costs of shame are enormous.

Jewish law is clear both here and in other passages such as Yevamot 54a and Ketubot 39a-b that the damages for sexual assault must be gauged both in terms of the physical damage caused, the intent with which the attack occurred, and the pain suffered both physical and mental.  The case in Yevamot, which seems an impossible hypothetical concocted to make a point, is about someone who fell from a roof and inserted his sexual member into a woman.  In this case, no damages of liability for shame are necessary, though the other four are, because he did not intend the act. (The point is not how awkward a scene this is or whether it is physically possible but that if non-consensual intercourse occurred somehow by accident no damages of shame need to be paid.  In fact, in Yevamot 53b the rabbis do say that for a man to have an erection, which occurs willingly, he must be intending the act.)  In the Ketubot passage, there is a discussion of the pain of the coercion itself.

Sadly, the circumstance we opened with is not a hypothetical case, but one that occurred at the Conservative Camp Ramah in the Berkshires in the summer of 2018 according to a recently filed lawsuit.  What is as horrific as the assault itself, is the response of the rabbi who directed the camp at the time and the fact that until a few days after the suit was filed, the board of the camp and the national organization it is affiliated with did not see it necessary to remove the rabbi from his position of authority for the insensitivity with which he treated the matter, according to the wording of the civil suit.

This rabbi told the young woman that she would not be able to call her parents and talk to them about the violation that had just occurred to her under the camp aegis.  Why?  Better for her to forget about it and not provide an opportunity for others to gossip so she could enjoy the rest of the summer, the suit claimed the rabbi stated to this young woman.

I wish that this camp director had studied the laws about damages and sexual violations a bit more closely.  It is clear that Jewish law regards sensitivity and awareness of all the types of pain a victim suffers to be paramount.  I can’t imagine a text anywhere teaching a person in pain that her suffering is not important, clearly never encountered in Jewish law around this issue.

I would think that the young man who perpetrated the assault should be removed from the group, questioned, and sent home if he is guilty.  There is no reason that a camp should harbor or abet campers who don’t know boundaries or how to reasonably interact with others.  This was not the case, as the details that have been reported say; the young perpetrator remained at camp for over a month until local police came for a second time to the camp.

How could the director possibly think that by telling the girl not to talk to her parents she could enjoy the rest of the summer and forget about the attack?  What about the next night when she can’t sleep, afraid she will be violated again?  Or the one after that knowing the perpetrator is still nearby?

In fact, the camp has a long history of treating women with indifference, beginning with the names of its prayer groups, “im” (with) and “bli” ( without).  What are the items that a prayer group at a camp might have “with” or without?  Singing perhaps or English translations or Torah readings?

At Camp Ramah in the Berkshires, women, half the camper and staff population, are the items seen as dispensable.  From the name of the prayer services, something I have never encountered in any other context, and the attitude of the man in charge that it is his decision what a camper experiences as a “big deal” or not, rather than the camper herself, this camp environment is not a positive one.  Nor, I would submit, does it reflect Jewish values. So the fact that there is now a lawsuit which states, that the camp ” acted with deliberate indifference to known acts of discrimination, retaliation, sexual assault, gender-based violence, and harassment” seems a piece with the culture of the camp.  The fact that until May 2022 a few days after the filing of the suit did the rabbi at its center get removed from his position demonstrates the lack of comprehension on the part not only of the director but those who employ him.

Why should it take a lawsuit to get a Jewish camp to be aware of the Jewish laws on how to treat those who have been raped?  The Talmud and the later Jewish law based on it, all see assault and rape as acts of violence whose perpetrators  should be punished, not its victims told their experiences are “not a big deal.”

Let us hope that no camp creates a culture where one camper can assault another and that if a similar situation does come up, the camper attacked will be comforted and helped to heal rather than silenced and disparaged.  It shouldn’t take a lawsuit to get a Jewish camp to behave;  if that is what it takes then let the courts begin their work.  Knowledge of the value Jewish law accords to sensitivity for all of the pain and damage caused to a victim, psychic as well as physical, will help all of us recognize how important it is to regard with care the experiences of all those in pain.

The Meaning Of Shavuot