Why I’ll Be Watching Dancing With The Stars This Passover 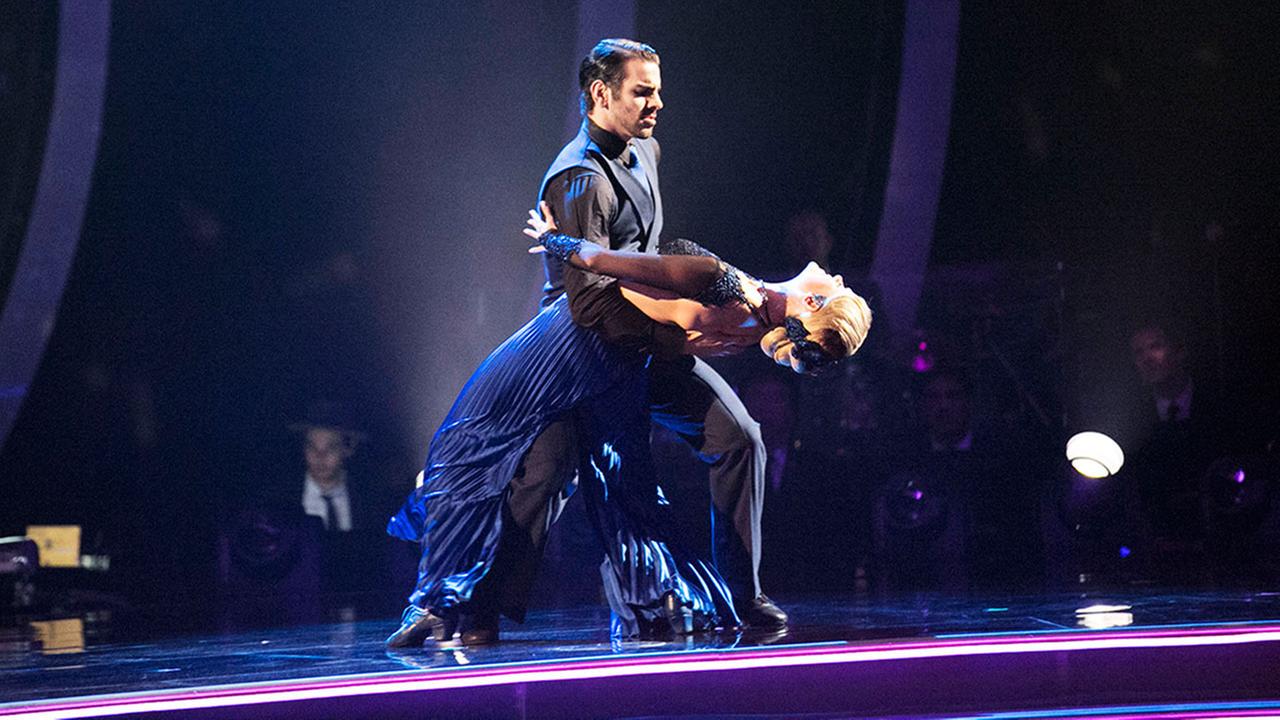 This is a busy time in our house. We’re preparing for the Jewish holiday of Passover that begins on Friday night. My wife, kids and I each have tasks that we need to complete as part of our holiday preparation. One of the things that I’ve been busy with is figuring out some interesting ways to add new meaning and relevance to the Haggadah, the ancient story of Passover we share at the festive holiday meal known as the seder.

With the hope of engaging the diverse group of family members and friends who join us at our seder, I always expand the telling of the Passover story beyond the well-known biblical accounts of the plagues, Pharaoh, the enslavement of the Israelites and the almighty power of God who redeemed them from Egypt. One of the ways I do this is by getting folks talking about a present day person who has done something to highlight one of the many lessons of Passover. This year, those sitting around my family’s seder table will be talking about Nyle DiMarco, a current contestant on Dancing With The Stars.

My family and I became familiar with Nyle, who is a model and actor, just last month as we began watching the new season of Dancing With The Stars.  We’d never watched it before, but, given that we’re avid New England Patriots fans, Doug Flutie’s appearance on the show got us to tune in. While we continue to root for Doug, we’ve really been inspired by Nyle who is deaf. He’s not able to hear the music that he’s dancing to, but this doesn’t stop him from moving around the dance floor with incredible grace and agility.

As I watched Nyle’s recent performance on Dancing With The Stars (granted, I’m a rabbi very much in a pre-Passover state of mind) it hit me: Nyle is teaching us one of the major lessons of Passover. We’re first introduced to this lesson when we discover in the Bible that Moses, the man who has the courage to stand up to Pharaoh, struggles with a speech impediment and, as a result, initially doesn’t want to be appointed by God as the spokesperson for the Jewish people. Moses is worried that his inability to speak well will prevent him from being a leader that is respected and listened to. Given that we wouldn’t be celebrating Passover if it wasn’t for Moses’ courage and leadership, he obviously managed to overcome his challenges, becoming one of the most legendary Jewish leaders in history.

Passover is a holiday that not only commemorates the redemption of the Israelites from Egypt, it also celebrates our ability to overcome tremendous challenges, challenges that many – including ourselves – might think are insurmountable. Imagine how the Israelites felt in the days leading up the exodus from Egypt. As slaves, they had only lived a life of submission and, suddenly, they’re being told that a life of freedom is within reach. While this must have filled them with hope, it must have also been frightening. When all you know is slavery, how do you live a life in which free will and personal choice reign? In the Bible, we hear some of the Israelites’ fears as they wander through the desert after making it out of Egypt. Tired, hungry, thirsty and on their own, they cry out to Moses telling him that that they would have been better off staying in Egypt. Yet, despite the daunting challenges of freedom that the Israelites face in the desert, they manage to push through them and make it to the Promised Land. Passover is there to remind us that when it comes to our own challenges, we can do the same thing and make it to our own personal Promised Land, wherever that might be.

Lying at the center of the seder table, three pieces of matzah, the unleavened bread we eat during Passover, sit on top of each other in a small stack. As we begin to read the Haggadah, one of the first things that we do is take the middle piece of matzah from the stack and break it. One of the broken pieces is placed back in the stack, in between the two whole pieces of matzah. The other broken piece becomes the highly desired Afikomen – the matzah that is hidden for the children to find toward the end of the seder. Like everything on the table, this stack of matzah, now slightly off balance because the middle piece is broken, serves as an important symbol. In our home, the stack represents each of us. While we might appear intact on the outside, inside each of us is broken and incomplete in some way.

Over the off-kilter stack of unleavened bread, the story is told of how our ancestors, broken by the burdens of slavery, are eventually redeemed from Egypt.  Their journey to freedom reminds us that despite being broken, we all have the potential to experience greatness. To drive this point home, the telling of the Passover story can’t be completed until the Afikomen is found and returned to the table where it’s briefly reunited with its other half before it’s eaten and the festivities of the seder begin to wind down.

The coming together of the two pieces of the middle matzah, the broken core of that matzah stack that symbolizes each of us, is, in my opinion, the most important moment of Passover. It is at this moment that we’re visually reminded that at our core, we all have our cracks, blemishes and broken pieces. Yet, through that broken middle matzah that comes together after we tell the story of Passover, we’re reminded that our imperfections don’t have to limit our abilities. We can become whole despite our brokenness.  By remembering that Moses could have allowed his speech challenges to prevent him from becoming a great leader and by appreciating that the Israelites could have allowed their fears to keep them from entering the Promised Land, we’re reminded that, just like our ancestors, we can learn to compensate for the things that might seem overwhelming or impossible to us. Through determination, hard work and courage, we can discover our own personal Afikomen and learn how to turn our inabilities into our accomplishments. Nyle DiMarco does just this as he dances to music he can’t hear.