Wanting it All and Always Finding Enough 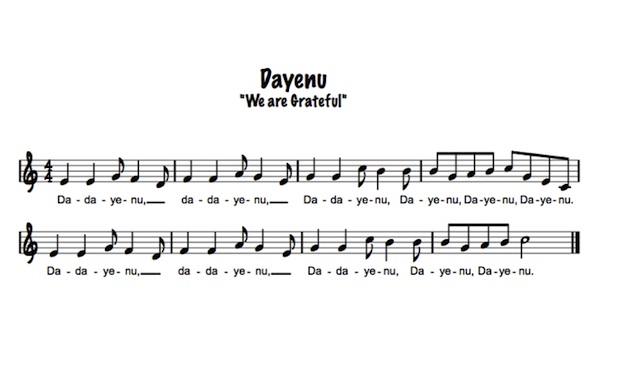 There is a well-known song sung at every Passover Seder – a meditation on gratitude – called Dayenu, which means, “It would have been enough”. The song acknowledges 15 major biblical events inviting people to sing “dayenu” after each one. If the Israelites were liberated from Egypt but the sea didn’t divide – “dayenu” – it would have been enough. If the Israelites got through the sea but had no food in the desert, dayenu…if they had food but didn’t make it to the promised-land, dayenu.

So where is the wisdom of dayenu? This is actually a gratitude Koan! Each individual event is enough AND not enough. The key to living fully is to parse our journey every single day into the many steps we take always wanting more while always finding enough.? We are hard wired to feel the good that happens to us is the norm and so only notice things being out of the ordinary when something goes wrong. But taking the good for granted is not a prescription for happiness.

If all I did was wake up this morning with a smile from my wife of 31 years but didn’t make the train, dayenu – it would have been enough. If I made that train but didn’t close that deal, dayenu. If I closed the deal but didn’t make that important meeting, dayenu. If I had a great meal, reconnected to a friend, spoke with my brother, was helped by a colleague, saw that sunset… you get the idea, dayenu!

Parse your day for all the moments for which to be grateful. Can you want it all and always be finding enough? Try it…