The Message and Blessing of Seder 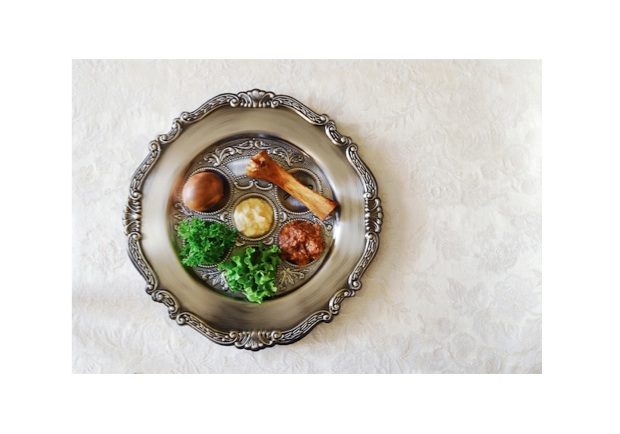 One of the four questions at the Passover Seder – the most celebrated Jewish practice in the world – is why we need to dip food into some condiment twice during the Seder when most meals we don’t dip our food at all? First, we dip a green vegetable into the salt water and then we dip the bitter herbs into the haroset – a pasty mix of apples, walnuts, and wine. The great 12th century sage Maimonides teaches that dipping is a sign of wealth, and wealth when recognized as a blessing and responsibility, provides great freedom.

But another sage, Rabeinu Manoach in the 13th century, offers a challenging interpretation hidden beneath the surface because it is not for everyone. He says we dip at the Seder to create an association in our consciousness with the Biblical story of Joseph’s brothers who after selling Joseph, dipped Joseph’s special coat in blood to fool their father into thinking Joseph was killed – that coat and the selling of Joseph was responsible for Joseph and then Jacob and his family going down to Egypt.

At the Seder we tend to focus on the Exodus – on the liberation and freedom from slavery – but the ritual of dipping, according to this sage, is designed to invite us to ask how did we get into Egypt in the first place…how did we wind up getting enslaved?

And the uncomfortable answer found in the Joseph story lies with our own behavior.

We lose our freedom in two ways:

1. By fighting with our brothers. Joseph and his brothers hated each other and their hate became so vicious that it led to the selling of Joseph, to lying, and to the deterioration and descent of a family.

2. Joseph, when empowered in Egypt in a time of economic scarcity, enacted a policy that? “enslaved the Egyptians”.? The Hebrew phrase avadim l’pharoah – slaves to Pharaoh – is first used in the Torah to describe not the Israelites, but the Egyptians, who were enslaved by Joseph’s economic policy.

Dipping at the Seder is supposed to bring Joseph to mind and to make participants ask what our role is, not simply in getting out of slavery, but our role in getting into Egypt, into the narrow places.

Have we become like Joseph and his brothers? Have the divisions between brothers – between Jews with different political views regarding Israel and between Americans with different views about economic policies and cultural norms – become so vicious and hateful that we no longer function effectively as a Jewish or American family? Have we become so suspicious of each other that we actually believe the “other side” is out to destroy the family? Does the very sight and words of the other side make our blood boil so that we will say anything, do anything to demonize and malign if not destroy the other side?

And have we become like Joseph so certain about our policies and views – be they about the Israeli – Palestinian conflict or about America’s seeming intractable problems in our economy, health care, education, and place in the world – that we can’t entertain the possibility that the side with whom we disagree has a partial truth, yet alone that they also care deeply about the family? Are we so sure that we are so right about how to solve our complex problems that there is nothing to learn from the people with whom we most disagree? Is there no room for even the slight possibility that we are wrong or for some humility that because our challenges are so complicated we can’t possibly be 100% correct no matter how smart we are?

When I dip twice at tonight’s Seder I will think about the “understandable” hate between Joseph and his brothers and then remember how that hate degraded a family and I will also remember Joseph’s absolute certainty about public policy that even with the best of intentions led to enslaving others.

Perhaps the message of dipping is that certainty and hate are intimately connected – they are forms of fear that lead to slavery first of oneself and then of others. They are the enemies of compassion which interestingly is what the Scripture tells us the daughter of Pharaoh felt when she saw the Israelite baby Moses and rescued him setting into motion the Exodus. Yes, the daughter of Pharaoh – the enemy in the story – who was so certain about things that he led his people to drown in the sea.? Redemption comes from strange places.

My blessing for us at our Seders is simple. May we each be liberated just a bit from the certainty of our convictions and may we be blessed with the uncertainty that leads to compassion and to knowing where our brothers are.