If You Want To See God, Come To New York City 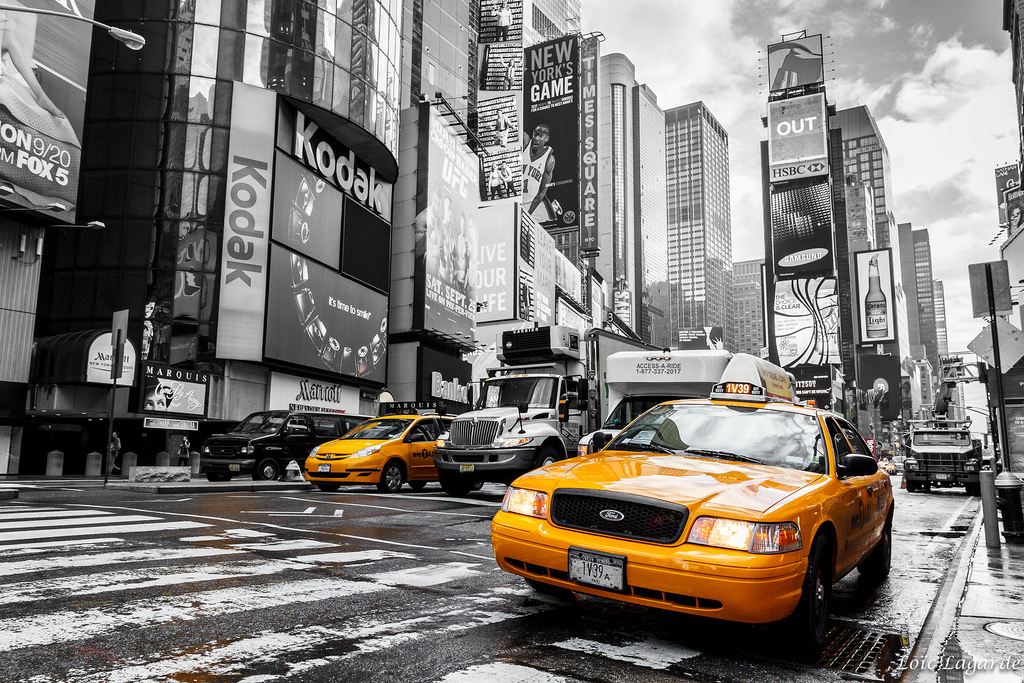 “If you want to see God, come to New York City.”

They laughed.  Here I was, in the middle of a spirituality group in my first semester of divinity school.  I was surrounded by people of different ages and at different points in their careers.  They came from all parts of the country.

Except, despite being at the other end of the local commuter railroad, New York City sent me to this extremely New England-y place with no fellow New Yorkers in my class to argue with, speak to in a voice a little too loud for a little too long, and hug.

(No one hugs each other much in New England, by the way.  They’re too cold … I mean, it’s too cold.)

The question was “Where do you see God?”

I said, “If you want to see God, come to New York City,” to their great amusement and my confusion.  I don’t remember to this day where they saw God.  The mountains?  The beach?

Right, of course.  I can see that … can’t everyone?  It’s simple to see God in the easy places.

It’s easy to see God in Malibu; it’s more difficult to see God in the 7 train station at Grand Central, deep down with the dirt and rats and … other things it’s best not to think of.

Once you spot God in New York City, though, a whole new city awaits.  The big, bustling, hard-nosed, no-nonsense city blooms.  It’s then that it turns into a beating heart.

Two Saturdays ago, I was walking down a street in the West Village to see a friend at work when, in the middle of the street, a woman fell.  Her shopping bags went every which way, and she hit the asphalt hard.  Thankfully, there were no cars around.  The predictable sound of people gasping followed, and then:

No less than four people dropped their things to help her up.  We did it carefully, and we admonished each other to be careful, something could be broken (we are know-it-all New Yorkers).  Someone had taken my dog’s leash from me so I could help; another person picked up the woman’s bags.

We got her to the sidewalk, and we helped as she leaned against a store front.  We fussed over her injuries.  We got her stuff together.  She acted shocked and embarrassed but grateful in a way I cannot describe but have seen before in my fellow New Yorkers in similar positions.  She said she was a little dizzy but going to be okay.

“Could I walk you home?” I asked.  She relented and gratefully held my arm as we walked with my dog down the block.  I told her I lived at the church but was moving because my internship had been ended, and they wanted me to move.  I had decided I couldn’t go into ministry and, in fact, was Jewish, and so I was leaving.

“Where will you go?  Where will you live?” she asked.  I reassured her I would be okay, even though I still am not sure what the answers to those questions are.

“Why do we divide ourselves?  God is God.  He is in each of us; I wish we could see that” she said, as we reached our destination.  I assured her I agreed and saw her to her door.

She was right.  God was in all of us.  This is what I tried to tell that spirituality group at divinity school.

We may be made out to be a modern Babylon.  We are famously rude and brusque.  It’s not necessarily untrue.  It is survival.  Living, working, paying bills, and trying to enjoy this city at the same time makes us a little, um, self-focused.

But I often see that change, in very New York ways, and that is precisely where I see God.

When the cabbie gets into the fight with the delivery driver in the middle of Seventh Avenue, we pull them apart.  God is there.

When the guy having the rough day loses it and overreacts to a fellow subway rider’s rudeness, we pull that guy aside, put our arm on his shoulder, talk him down, assure him it isn’t worth it, walk away to another car.  God is there.

When someone calls someone else a racist or homophobic slur on a remarkably quiet subway car, we are going to speak up.  Very likely all of us.  At once.  God is there, too.

Yes, when we fall, we help each other get up.  God is there, too.

I know this not just because of helping people off the streets, but because I, too, have fallen.  I fell into the middle of a busy midtown street on a December 30th one year.  People helped me to a cab and sent me to the NYU hospital.  I still see those faces around me, adamantly telling me I need to go to the hospital and offering to go with me.  It might have been my fall, but they seemed to have a glow about them.

I swear, I was seeing God.

Joe is a graduate of Yale University, holding a Master of Divinity. He previously received his Bachelor of Arts in European History from The George Washington University. A one-time candidate for ordained Christian ministry, you can now find him at Shabbos tables in the New York City area. His interests include American foreign policy and American media coverage of Israel, and he enjoys the live music that living in New York City offers.