Vacationships: What We Can Learn from a Short Term Encounter 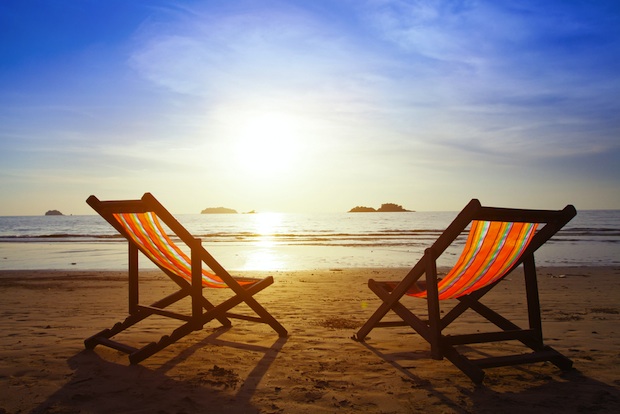 Of course, hooking up while on vacation is hardly new or noteworthy. But Newman claims that there’s something so potentially elevated about these hook ups, something so real, that not only should they be accepted, they should be genuinely celebrated. Could she be onto something? What do you think?

Personally, I think her title is pretty offensive – it reeks of sanctimony and sexual superiority when comparing how most of the author’s friends spent their sexual energy in their 20’s and especially in their 30’s. It plays on the deep “fear of missing out” that a large number of 30-somethings, especially women, feel when they reflect on the choice of a long-term monogamous relationship and the building of a family over a globe-trotting career.

On the other hand, the author’s desire to be seen as something other than a woman who substitutes career and hot sex for “really important things in life” demands attention not simply because judging Newman is as unfair and simplistic as it is when she judges her stay-at-home peers. It’s even more than that – there is some wisdom in her outlook.

There are connections whose depth is actually facilitated by their likely brevity, and there is intimacy which can arise specifically because its intensity will not require long-term maintenance. We all have limited emotional capacity, and there are times when we can learn about ourselves and our partners in a night, what we might never discover in a lifetime spent together.

Think about the person you meet at a bar or an AA meeting, to learn from both ends of the spectrum. You find yourself telling each other things you would tell nobody else, precisely because the person to whom you speaking is not connected to any other part of your life, and will likely never be. You let your guard down and hear yourself say things about some of your deepest fears and hurts, or wildest hopes and dreams, precisely because the one listening to you will never be there to quote you back to yourself. But having gotten the words out, as we all know, is so powerful, and whatever happens, you never “un-hear” yourself having said them.

While I definitely think that cultivating long-term relationships is the way to go in terms of overall health and happiness, I appreciate the gifts that come with the freedom bestowed by short-term encounters. I think that we can all learn thing or two from people like Newman and their ability to pack an awful lot into a single night.