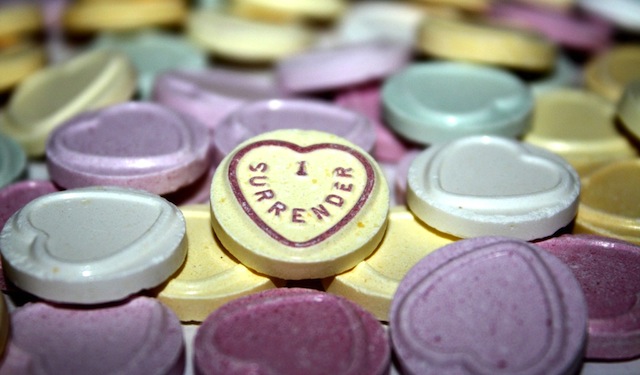 Is submission a dirty word? Do you hear it and immediately assume that being submissive is somehow less than dignifying?

If so, then you will surely be among the critics of New Mexico Congressman, Steve Pearce, who suggests in his new book, “Just Fly The Plane, Stupid”, that women should “voluntarily submit to their husband’s loving leadership”. But perhaps we should slow down a bit and consider the possible wisdom in those words.

Now before you scream for my misogynist, backward-facing head, let me explain what I mean.

There is real value in submission, in the willingness to give ourselves over to someone or something, at least some of the time. In fact, submission, done well, can be one of the most liberating human experiences that we can know, especially in a world where we are expected to have greater and greater mastery over so many things, and are often made to feel we are failing when we don’t.

In submitting, we give over the pretense of control which we work so hard to maintain in so many parts of our lives. In submission, we can locate the sense that we are part of something larger than ourselves, and that sense can heal so much of the loneliness that infects so many people’s lives.

Submitting is not an excuse for avoiding doing all that we can in any given situation, but simply a loving acceptance that we are not all that there is, that we cannot always accomplish all that we would want to, and that that is okay.

I also think that as Mr. Pearce said, whatever submission we practice, it has to be voluntary. Of course, for anything to be voluntary, the option of not doing it must be equally viable.

Would the Congressman join me in equally supporting those women who do not want to submit to their husbands’ leadership — loving or otherwise? Does he support the notion of husbands submitting to wives? Does he embrace that on any given day, and in any given relationship, the roles can change? If not, then the submission for which Pearce so powerfully advocates, is not truly voluntary. It’s just him accepting that he doesn’t have the legal power to coerce the one kind of submission in which he believes.

The positive power of submission rests in the assumption of it being freely chosen. Only under those circumstances can it be truly liberating and dignifying. Voluntary submission reflects a balanced and healing possibility in a world filled with people who either embrace the power of personal choice (Volunteerism) while forgetting that it’s never just about us, or those who embrace submission while forgetting that without freely choosing to what and whom we submit, it’s not submission, it’s slavery.

So yeah, go ahead and use the S-word. Use the V-word too. They are not dirty words at all, and together, are critical parts of wisely lived lives.

To hear Brad discuss more on the topic of submission, be sure to watch this video from Odyssey Networks.