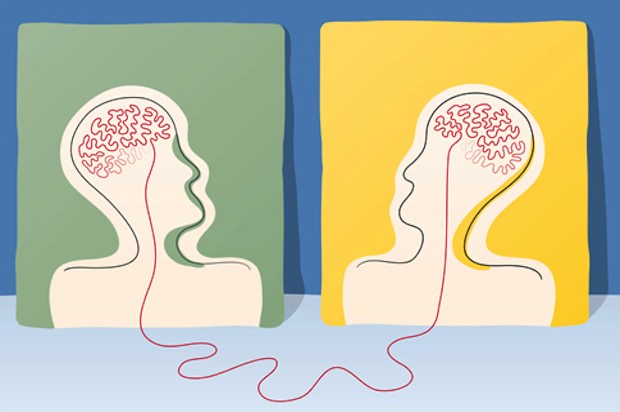 What resolution can we make as we begin 2015 that would have the greatest impact on our personal and public lives? I found my answer reading a remarkable interview in the new Smithsonian magazine of the civil rights historian Taylor Branch, whose three-volume, 2,500-page chronicle, America in the King Years, is a landmark biography in American history. In the article – filled with fascinating insights about Martin Luther King Jr. and his doctrine of nonviolence – Branch tells an extraordinary story about three Freedom Riders, Michael Schwerner, Andrew Goodman and James Chaney.

In the moments before the trio were fired upon by bigots during the Mississippi Freedom Summer of 1964, as Branch recounts it, Schwerner told the Klansman who was confronting him and about to shoot him, “Sir, I know just how you feel.”

(This was verified when two of the murderers independently confessed and, amazingly, quoted Schwerner’s seven words precisely.)

We need to humanize before we demonize.

What would happen if we made a resolution to try knowing just how people feel – especially those with whom we deeply disagree? We enter 2015 with so much polarization – political, racial, economic, cultural, religious. People have deep differences with each other in how we see the world, how we weigh competing and often incommensurate values. We disagree in our assumptions about human nature, the universe, God, justice, morality, power, truth – differences that are not going away. And we yell at each other across our Fox/MSNBC divide, listening primarily to voices with whom we agree.

Or we increasingly just opt out, turn inwards and understandably take care of our families and immediate webs of relationships in this increasingly fast-paced, changing world. The consequences are not only policy paralysis, but polls that show an increasing and alarming mistrust and dislike between Americans.

Can 2015 be a year in which we become able to say, to those with whom we have serious differences, “I know just how you feel”?

There is no shortcut. We must listen, extremely carefully, to the voice behind the words, the heart beyond the ideology and the mind beyond our reflex response. We need to humanize before we demonize, and develop the habit of considering:

– What fears and hopes underlie the view of a person with whom we are in conflict?

– What are the psychological motivations and predispositions for a person holding a different view?

– What personal biographical experiences may have led them (or us) to form such a hard held opinion?

Without denying the difference between good and evil, without becoming moral relativists, we can practice getting at the heart of what makes our neighbors tick, and empathizing with what brought them to their view (however distorted we think that view is). Listening this way is an expression of faith in the humanity of the other. However wrong another person is, there is some truth about them we need to grasp.

Thankfully, few of us will ever be called upon to act at Schwerner’s level of empathy in such a terrifying moment. But as we begin the new year with conflicts raging on myriad issues, dividing our body politic, let’s resolve to learn about each other. Build relationships with people who don’t share our views. Resolve to make 2015 about listening to others in a way that leavens the purity and logic of our own beliefs, propels us to connect as the fiercely gracious human beings we are, and enables us to say to our neighbors and our fellow citizens, “I know just how you feel.”