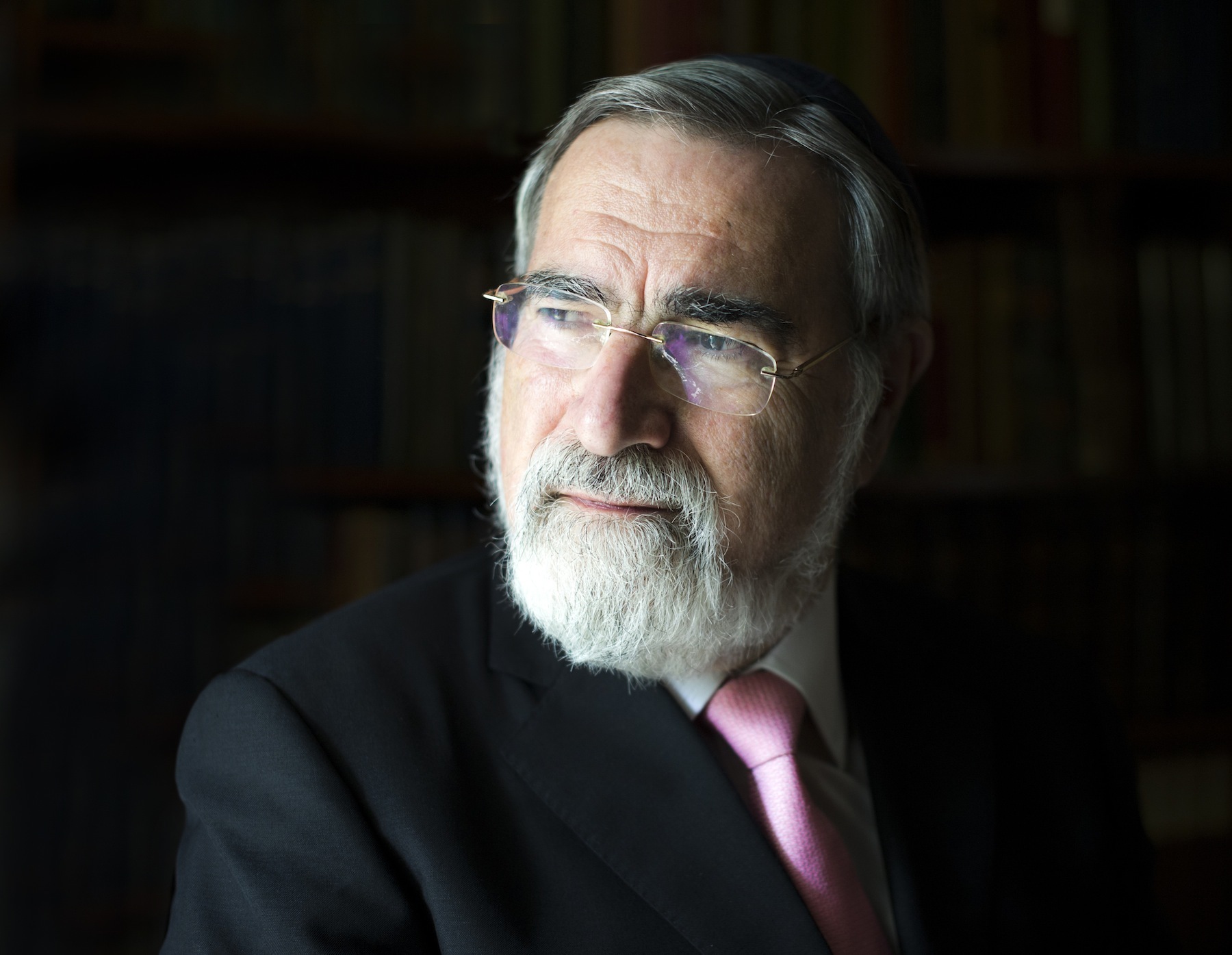 The concept of morality, dignity, and being an accountable human being is a very timely subject these days. The late Jonathan Sacks–whose last book before he passed in 2020 was Morality: Restoring the Common Good in Divided Times–had a deep sense of morality that was contagious. “God never sends us problems that cannot be solved,” he said, particularly in reference to the suffering that Jews have endured in past decades. “We can handle anything as long as we have the humility to answer to something far greater than ourselves.” It’s this sense of quiet optimism that I believe is the underlying characteristic of those with deep morals and a true appreciation of the human spirit.

I accidentally stumbled across Sacks’s work on a Sunday morning in December 2020, when I was pedaling intently on my stationary bike while listening to one of my favorite podcasts, “On Being with Krista Tippett.” Tippett is a terrific interviewer whose subjects regularly share timely wisdom. Her questions are poignant and encourage profound discussion. When I later researched the names of those she’d interviewed, I came across an interview she’d done with Sacks back in 2010. He was a British Orthodox rabbi, theologian, author, and politician; and I was delighted that Tippett had the opportunity to interview him 11 years before his passing. When I listened to their conversation, I was so taken by Sacks’s eloquent wisdom that I immediately ordered his aforementioned book.

I’ve come to learn that Sacks was one of the world’s deepest thinkers on religion and the challenges of modern life. He spoke a lot about the importance of diversity,  a topic that was part of many of the speeches delivered at the recent presidential inauguration. Sacks pointed out that diversity connects us humans in a beautiful way, and how we are fortunate to enjoy more diversity than existed in the 19th century. He noted, “We should be enlarged by those different than us, not threatened.” It’s about honoring and being respectful of our differences, rather than trying to get people to change.

Unity, which was a focus of President Biden’s inauguration speech, is more important than ever, especially in the face of a pandemic. Sacks believed that unity creates diversity, but that it’s possible to work with it so that it serves all of us well. He believed that nations and those inhabiting them are enriched by diversity, mainly because by being unique we each contribute in a special way to a healthy society. He related this concept to patriotism, which he defined as a certain devotion to a particular place and/or way of life.

Sacks believed that there’s no need to impose this type of devotion on others. It’s just a way of being. On the other hand, one can view nationalism as dangerous and perhaps immoral because it is inseparable from the will to attain power. It also goes hand in hand with a hunger for being better than other nations. In a sense, unity with patriotism would be difficult to achieve in a civilized or moral world.

As someone who has embraced all religions and belief systems, I really resonated with Sacks’s philosophy. For the most part, his theology is appreciated by all faiths. In the Tippett interview, he mentioned something quite interesting, which is that many of the most bitter disputes occur between those of the same religion. He further reminded us that the most intense arguments are within the family unit because it’s hard to banish a close relation from our lives, but if we’re in an argument with a stranger, we can more easily walk away.

Sacks also discussed the concept of moral relativism, which brings up the negative side of morality. Essentially, it means that you do what you want to do, and I do what I want to do, which can lead to enormous intolerance. The loudest and most wounded voice tends to win.

My hope as an American citizen is that we can rebuild morality at a personal, national, and universal level. It’s a big ask, but why not?