The Ten Commandments Were Just the Beginning 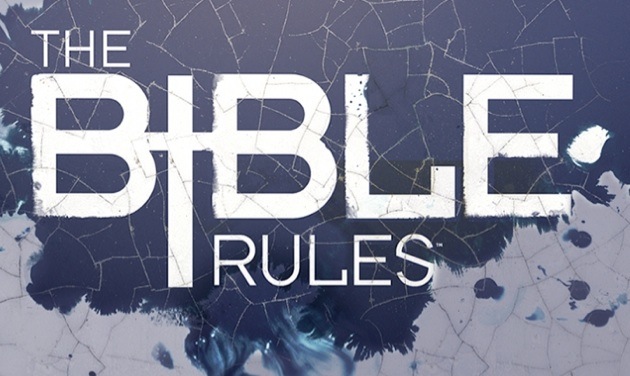 I am part of a new series, The Bible Rules, on Sundays at 10pm ET on the History 2 (H2) Channel. Taping The Bible Rules was a particularly grueling experience – I mean for TV. It wasn’t like wandering around the desert for 40 years or anything, but it was definitely the first time in my life that I was interviewed for that many consecutive hours. You can watch for yourself and see, but I already know, based on the time I spent with the producers, that they’ve done something quite amazing. They took some of the toughest material found in the Bible – the stuff which many of us in the 21st-century find truly odd (or even offensive) – and treated it seriously. But not apologetically.

From the description of the show:

Everyone knows the Bible has Ten Commandments, but there are, in fact, more than 2000 additional rules and laws in its pages. These rules govern almost every sphere of human activity, from love and war to food and drink and from how to pray to what to wear.? Yet they are also a portal to the ancient world, opening a window on civilizations that vanished thousands of years ago, whether Rome, Egypt or Mesopotamia. Each rule launches an investigation into a lost landscape of history, shining a light on the way peoples in distant times lived, loved, thought and fought. For instance, if a rule warns people that “he who curses his parents should be put to death”, the show will explore the historical reality lying behind that surprising command, delving into ancient parenthood and the role of curses in that time. We find weird rules, revealing rules, curiosity-inspiring rules–and these rules, which will help us understand history, are presented in informative, surprising and reaffirming ways.

In my experience, most Bible shows are typically either puff pieces which make everything sweet and perfect, or expos?s of exotica – neither treating the traditions as sources of wisdom deserving of both tough questions and genuine respect.? I’m excited to see The Bible Rules when it premieres March 16, 2014. I’m betting the final product lives up to my experience in production.