In Praise of ‘Into The Woods’ Composer Stephen Sondheim 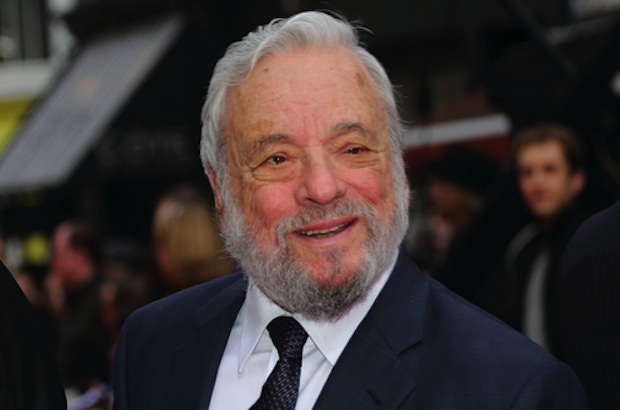 Earlier this year, Frank Rich wrote an insightful and heartfelt piece in New York Magazine on the extraordinary American composer and lyricist Stephen Sondheim. Since his Broadway debut at age 27, as the lyricist for Leonard Bernstein’s score to West Side Story (that’s a debut!), Sondheim has redefined musical theatre over a course of six decades, writing the groundbreaking scores for Company, A Little Night Music, Follies, Sweeney Todd, Sunday in the Park With George and Into the Woods – works that have earned him every prize an American artist can win.

Rich first met Sondheim in 1971, and has known Sondheim from the point of view of a young fan, then a critic (or “enemy” – Sondheim’s definition of theater critics), and now old friend. He not only gets Sondheim’s brilliance that has made him indisputably the most influential talent to emerge during the last half-century of musical theatre, but Sondheim the man.

Rich gets at the underlying humanity of Sondheim’s work: How Sondheim sees inside of us and senses and conveys the darker currents of pain, loneliness, and yearning that swirl somewhere within even the most flourishing of us.

Sondheim sees inside of us, and senses and conveys the darker currents of pain, loneliness, and yearning that swirl somewhere within.

There was one story Rich tells about his relationship with Sondheim that evoked both overwhelming gratitude and responsibility. When Rich was a college senior reviewing plays for the Harvard Crimson someone gave Sondheim Rich’s “amateur musings” about Follies which had not been received well by the Boston critics.? Sondheim, not known for being the gentlest of characters, wrote to Rich saying Rich had understood the intention of the show and anticipating that Rich might someday become a drama critic in real life, added, “Before you officially become the enemy and it becomes impossible, it might be nice to get together.”

Imagine how awed Rich must have felt to meet Sondheim. But it’s in how Sondheim engaged with the young Rich that we learn an important truth about success. Rich remembers Sondheim’s wicked sense of humor, but also his patient willingness to answer every question Rich had about the theater in general and his work in particular. In Rich’s words, “Along the way he gave me the most precious of gifts: confidence. If someone of his stature thought I had something to say, well, maybe there was a chance I could pursue writing as a profession.”? That summer Rich sold his first piece and as we all know went on to become one of the most important drama critics in the country and is now one of our finest essayists on politics and culture.

We never really know how deeply we influence another person’s life – especially someone younger – by being gracious with our time and wisdom. And we can never know what impact an infusion of confidence at the right moment can have on our lives. No one is successful without having received from someone this precious gift of confidence and no one can be genuinely successful who doesn’t find someone to whom to offer this gift. It takes Rich’s humility and gratefulness to recognize the gift of confidence the Sondheim’s in our lives give us and it takes Sondheim’s patience and wisdom to offer that gift and change the life of some young Rich.

So here is a practice that will open your heart: Who is the Sondheim in your life? Who at that right moment gave you the precious gift of confidence? Remember them and thank them. And who is the Rich in your life? Whose life might you just change by offering your presence and insight? Take the time and sit down with them. Your interaction might become a great collaboration.

Here, a trailer for the 2014 film adaptation of Sondheim’s dark, award-winning Broadway musical Into the Woods: