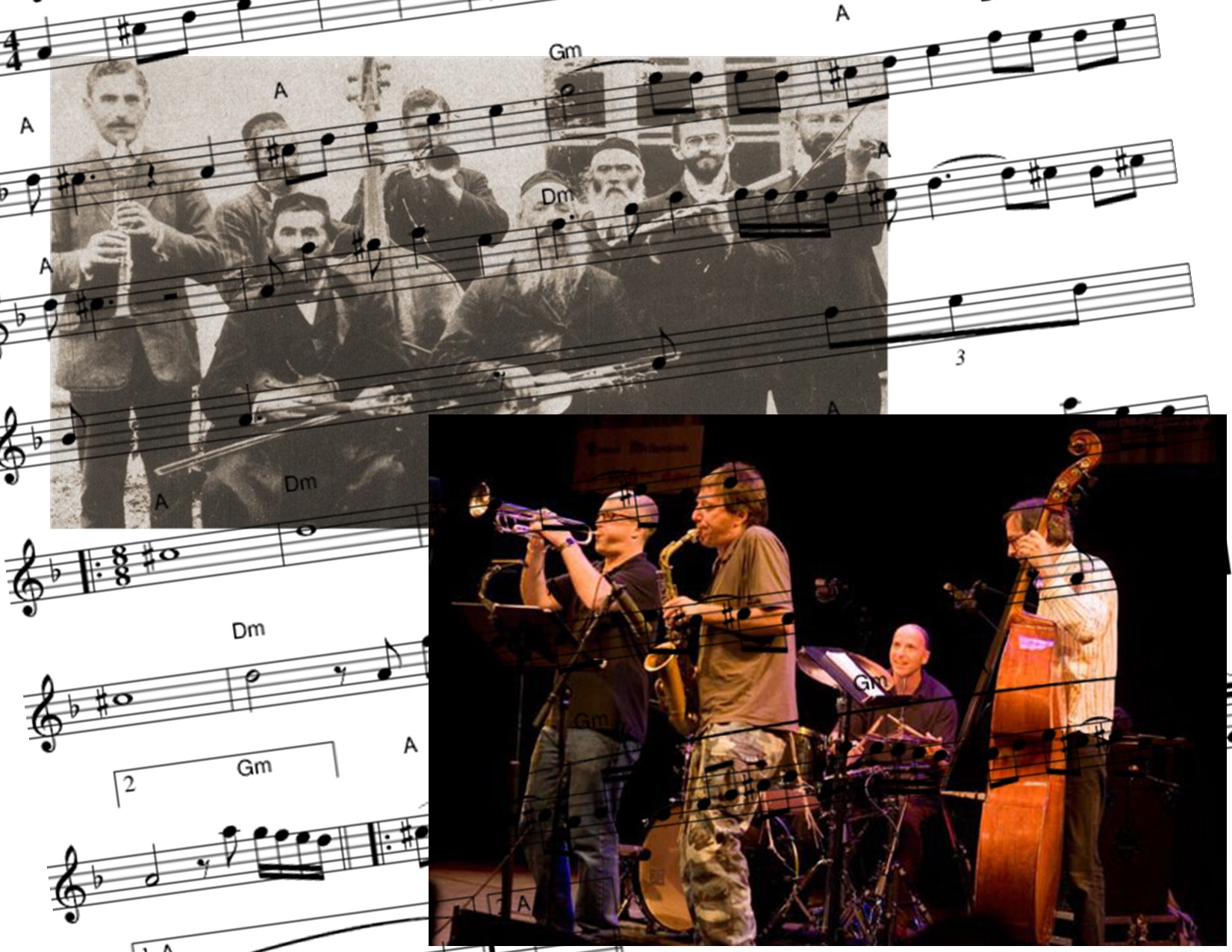 The truth is, I am not usually all that interested in debates about cultural appropriation — not because they are unimportant, but because we rarely have them in productive ways, which I will address below– but these debates are increasingly common in our culture. They are even divisive when it comes to Thanksgiving, Pilgrims and Native People, and, it turns out, in the world of Klezmer music as well. It is into this latter debate, which I was recently invited/dragged.

I was asked by a cousin who is pursuing a Ph.D. in musicology if I would be willing to talk with a colleague whose research was into the “Klezmer wars.” I responded that I was unaware of that “war,” not surprised by the fact that like pretty much everything else in our culture, people are willing to go to war over their beliefs and opinions, and that I was happy to help if I could.

For an example of those options, you may want to check out,

My responses to her were framed in terms of Klezmer, but as you will see, they are about much more than Klezmer alone. They are about most any cultural, political, or religious issue which divides us, as we renegotiate questions of identity, authenticity, and ownership, as we all are — happily or otherwise — at this moment in our nation and in our world.

I have zero issues with those who do not identify as Jewish, playing Klezmer, especially as the notion of self-identification is itself a contested/contestable definition for many folks, so why bother? Jews often disagree about who is Jewish, and now they want to fight over which of those people about whom we already disagree has the right to play Klezmer?! It is especially ironic given my sense is that those most concerned or disturbed by non-Jews playing Klezmer are like the same folks most likely to object to self-identification as a sufficient basis to establish Jewishness.

Klezmer music can certainly be called Klezmer “even” if played by non-Jews, and frankly, I have never heard anyone who actually knows the genre, claim otherwise. But, as so many of these issues are “simply” proxy wars for the combatant’s anxiety about Jewish continuity, I am not surprised, despite the rank absurdity that one must be Jewish for the music to be called Klezmer.  I would ask them if I must deny my Jewishness to play Dixieland jazz?

No justification is needed for non-Jews to play Klezmer, though I can imagine it being useful, in certain settings to offer identification. A little transparency can go a long way. Again though, I am not convinced that even that is appropriate in this case, as it would require to consider under what circumstances Jews should out themselves, in order to be heard and appreciated. And either way, it should never be necessary.

There certainly are political linkages for some of those who play Klezmer, but whether they are causative and coincidental, I cannot say.  And if causative, which I suspect they are for some who see Klezmer as the soundtrack for Jewish socialism of the early decades of the previous century, I don’t know the order of causation i.e. music as a portal to politics, or the reverse.

The rise of Klezmer has many reasons, and they differ amongst other things, not only by identity but by geography.  In Poland, for example, the recovery and performance of Klezmer by young, Catholic Poles, is very much about grappling with the Holocaust and historic anti-Semitism.  Among American Jews, I think it is about embracing a part of the Jewish experience which can be divorced from God and religion, which is especially important given that majority of Jews identify as Jewish by culture, not Jewish by religion, while 94% of Jews claim that their Jewishness is a source of deep pride to them.

I do not think that Klezmer needs to be played as close to its origins as possible in order to be authentic.  I do think, however, that artists need to be honest with themselves, and with their audiences, about the difference between authenticity and accuracy.  Most people are bad at that, in most things, and feel that unless they can claim the latter, they have no right to claim the former.  To me, that is a serious error.  Klezmer can be 100% authentic without being historically accurate.  Again though, both performers and audiences need to own that distinction.

My preferences for different Klezmer styles are totally context-driven. I am, for example, far more likely to listen to John Zorn in concert, but I am also far less likely to get up and dance at that very concert than I would be if I were listening to something less interpreted.  Make of that what you will.

And although she did not ask, I addressed the underlying questions of cultural appropriation which tug at (make impossible?) so many conversations these days.

My experience is that the very same people who are most comfortable, and even eager, to open up the category of Klezmer, not to mention of Jewishness itself, are often the same folks who are most concerned about cultural appropriation when it comes to other peoples and their cultures being “ripped off.”  I do not say that is hypocritical of them, but I do think it merits serious exploration, for reasons ranging from the artistic to the ethical.  Just a thought — about Klezmer, Pilgrims, Native People, and so much more.