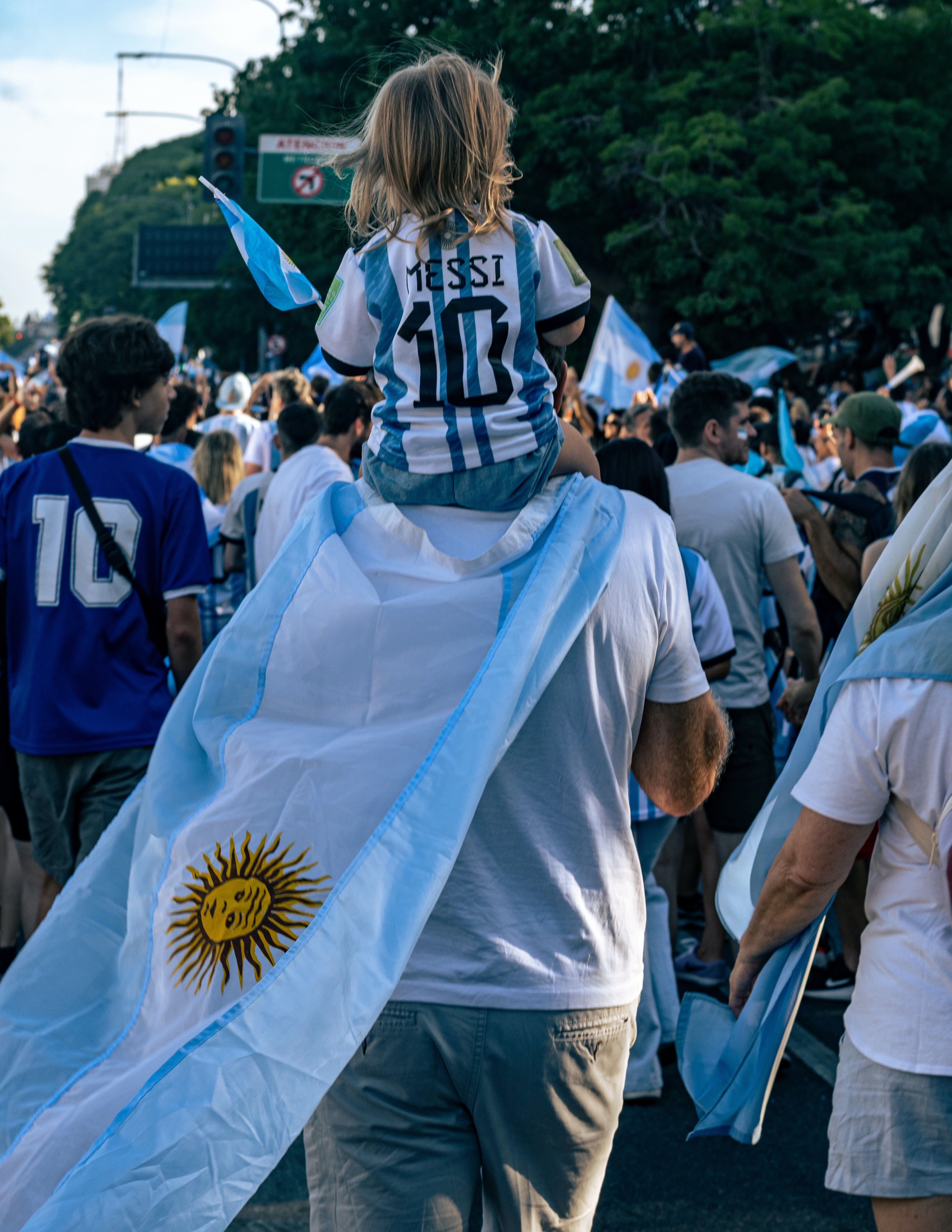 The World Cup final between Argentina and France this past Sunday in Qatar was spectacular, exhilarating, and electric. Definitely not for the faint of heart. There is general agreement in the international media that this was the greatest World Cup final ever. I am thrilled that Argentina won the World Cup for the third time since the championship began in 1930, after a long wait of 36 years. And I am thrilled that the magic of Argentina’s Lionel Messi was on full display, proving beyond doubt that he is the best player of our time and likely of all time.

What makes the four-week tournament so gripping and enthralling is an exquisite mix of diverse elements: the global nature of the event (32 teams qualify from around the entire world), the beauty of the game and the skill of the players, wild passion, fierce competitiveness, national pride, the global North vs. global South rivalry–colonizers vs. colonized–as well as the high tension of matches such as USA vs. Iran. Thirty-two nations facing each other on the soccer field–rather than on the battlefield–constitutes a sublimation of aggression worthy of celebration.

But this magnificent sports event was not without complexity. One of the richest countries on earth and an absolute monarchy, Qatar does not distinguish itself by its transparency, to put it mildly. It is well known that Qatar blatantly disregards labor rights and exploits and abuses the hundreds of thousands of migrant workers it imports (thousands of foreign workers were killed or injured while building the World Cup infrastructure), that it consistently violates human rights, and that it criminalizes LGBTQ people. It is also well known that Qatar was awarded the rights to host the World Cup as a result of a total bribery scandal. This tournament resulted in one the most blunt examples of “sportswashing,” supported by countries around the world and by billions of us who turned a blind eye to Qatar’s wrongdoings and watched the games, totally absorbed.

This, of course, is not the first case of “sportswashing” in a World Cup. The 2018 championship was hosted by Russia; do I need to say more? In 1978, it was hosted by Argentina, and the murderous junta exploited the event to divert the world’s attention from its vast human rights abuses and its implementation of state terrorism. I was 22 then, I had just graduated from college and was one of the hundreds of thousands of euphoric people who celebrated in the streets as Argentina won its first World Cup. Years later, when the dictatorship ended and democracy was restored, it became known that one of the largest clandestine centers of detention, torture, and extermination was just one mile from the stadium where the final game had taken place (Argentina 3-Netherlands 1).

Such is our imperfect, messy human reality: The beautiful and the ugly, the glorious and the horrific, good and evil, right and wrong, are tightly intertwined in our lives and in the world. Our spiritual tradition urges us to dwell in this complexity with our eyes wide open and to ask ourselves: How much must I extend myself? What is the right balance between going about our lives and confronting evil and injustice, doing for ourselves and doing for others, enjoyment and sacrifice? And our tradition calls us to be accountable for our choices. We face these dilemmas day in and day out, at home and in the street, with the people we encounter, the items we purchase and consume, and the things we watch and participate in.

I decided to be all in during this World Cup–I watched many games and was in soccer heaven. I thoroughly celebrated Argentina’s victory, and I am still celebrating. And, I do confess, my conscience is not fully at rest.

There is one thought, though, that gives me comfort: It is estimated that 1.5 billion people around the world watched the WC final last Sunday. During a couple of hours, 1.5 billion people around the world became one–one humanity focused on two teams and one ball. We all held our breath at exactly the same time and exhaled at the same time. A feeling of oneness that lasts for a couple of hours once every four years; pure magic that happens in the midst of human imperfection and the messiness of life.

Rabbi José Rolando Matalon, B’nai Jeshurun’s senior rabbi, was born in Buenos Aires, Argentina, and was educated in Buenos Aires, Montreal, Jerusalem, and New York City. After his ordination at the Jewish Theological Seminary in 1986, Rabbi Matalon came to BJ to share the pulpit—and vision—of his mentor and friend Rabbi Marshall T. Meyer. They worked together to revitalize the congregation and turn its focus to prayer, learning, service, social justice, and interfaith cooperation. Read more here: https://www.bj.org/people/j-rolando-matalon/