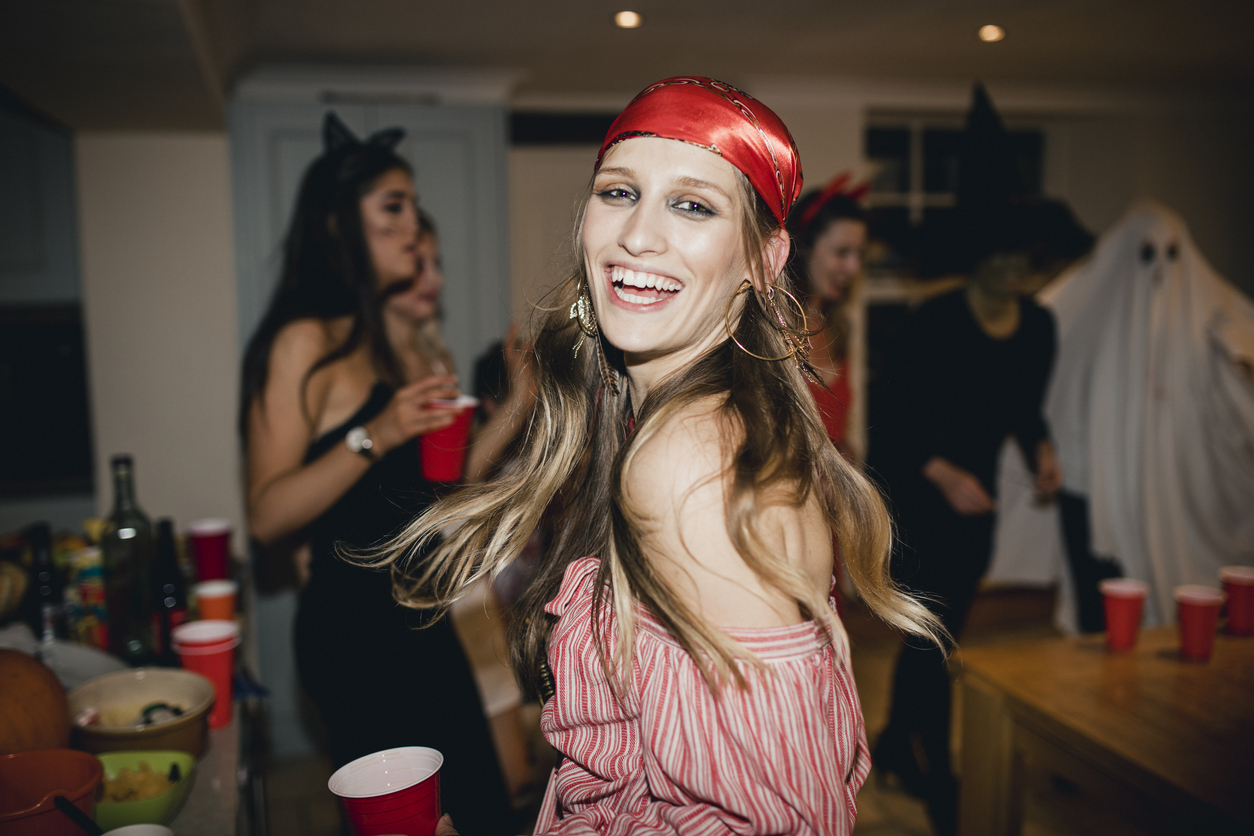 My daughters and I attended New York City Comic Con (NYCC) 2022 on its last day, Sunday, October 9. As in the past, NYCC was a mashup of a carnival with a humongous specialty supermarket, a peculiar academic conference, and fandom. Con-goers could choose to spend lots of their money or just browse, sit in on panel discussions, gaze at niche artwork, and more.

One of the hallmarks of this four-day event, as always, has been dressing up and ogling fellow attendees who dress up. This can range from wearing t-shirts emblazoned with a favorite superhero or cartoon character (yep, I wore a Superman t-shirt) to wearing elaborate costumes, accessories, and makeup so as to cosplay (costume-play), dressing meticulously as a movie, TV, book, comic book or video game character.

Many Con attendees spend weeks, if not months, prepping for this. Their costumes are often fantastic recreations or variations on superheroes and villains, cartoon and horror film characters, and roles from fantasy and science fiction franchises (Lord of the Rings, Star Wars, Harry Potter, you name it). There were many people, ranging in age, who personified anime personalities and guitar-wielding Eddie Munson from the hit show “Stranger Things.”

People took copious photos and videos of cosplayers and there were even cosplay meet-ups, kind of like mini-cons, for those dressed as Spiderman or light-saber Star Wars fans. Cosplayers posed solo, or with each other, and often reenacted bits from shows. It was lots of fun to watch and also fascinating on various levels.

Cosplay, to a great extent, is theater. It is acting. It is devotion to a certain level of fandom. It is taking on another persona.

When else do we observe lots of people “taking on another persona”? During the secular holiday of Halloween and during the Jewish holiday of Purim, and dressing up for Mardi Gras, Carnival, and J’ouvert. And of course, people who are acting in the theater or in film and TV, are also assuming different identities and dressing up as such.

I’ve written about Jews dressing up as Santa for this site, and I’ve long had a fascination with costumes. For the most part, I’ve been too timid (and lazy) to go all-out in an elaborate get-up, but I certainly understand the fun, the creativity involved, and the opportunities (social and financial) for those who are quite serious about cosplay.

Jews are encouraged to dress up for Purim, and it’s an integral part of celebrating the holiday, especially for children but as well for many adults. According to a Chabad article, we can indulge in Purim costuming for reasons such as the hidden nature of the Purim miracles and to commemorate the occasion of Mordecai dressing up in royal attire. An article in My Jewish Learning mentions that Purim masquerading traces back centuries. Depending upon your practice and place along the spectrum of the Jewish community, adults might dress up a bit or indulge greatly in costuming.

But in the United States, the biggest day for dress-up is undeniably Halloween. There are advertisements for all kinds of costumes, there are parades with costumed folks (New York’s Village Halloween Parade is legendary), and many nightclubs hold Halloween parties where dressing up is encouraged and prizes awarded. While there are other costume-clad parades with followings, such as the Mummers Parade on New Year’s Day in Philadelphia and the West Indian Day Parade in Brooklyn (and of course the Mardi Gras parades in New Orleans), Halloween is a huge commercial juggernaut throughout much of the US.

But the Jewish community has a mixed, uneasy relationship with Halloween. After all, the roots of the holiday and its festivities are largely a hybrid of non-Jewish customs, and some of those are partly religious, such as Samhain. There are elements of paganism, Celtic and ancient Roman, and Christian culture within this holiday, even if it has largely become a secular day of gorging on junk food and scary movies.

For the most part, Orthodox Jews don’t engage in Halloween (although I have seen Orthodox families in Marine Park, Brooklyn who were handing out candy to trick-or-treaters). Less religious and non-observant Jews are more likely to get involved in celebratory aspects of Halloween.

Jewish opinions on Halloween run the gamut from “halacha prohibits Jewish participation in the holiday” to participating because they view it as a frivolous, community activity. Some Jews “detest” the holiday for its glorification of horror, death, satanism and gluttony. Others do their best to ignore it rather than rail against it. I’ve come across a few formerly Hasidic Jews who celebrate Halloween as a form of rebellion. Some rabbis have given the okay to individual congregants to celebrate Halloween but won’t hold a Halloween event at their synagogue.

And certainly, there are fundamentalist Christians who are passionately against Halloween and its glorification, for their own religious reasons. They tend to garner more attention from the media than Jews who tisk-tisk the holiday.

But let’s go back to the general inclinations and motivations behind cosplay and dressing up. While many adults scoff at it and view it as a childish indulgence, a growing number see cosplay and dress up as “a creative outlet that makes us happy”, as one of the panelists said during the NYCC 2022 panel  “CosFashion: Bring Your Fandom to the Runway”. Cosplay is seen as a chance to break free of typical standards, a change from the ordinary. Some people make money (even a lot of money) from creating cosplay costumes or making appearances in costume.

When a Jewish man dons a Santa Claus outfit he is cosplaying. When a Jewish person attends Purim megillah reading, dressed as a marshmallow or the Golem or Princess Leia with challah rolls in her hair instead of braids, that Jew is cosplaying. There were Jewish people at NYCC 2022 who cosplayed in an array of getups (and at least one sported a kippah). There are Jewish drag queens, and one of the best known is Miz Cracker, who appeared on two seasons of RuPaul’s Drag Race; drag is a form of cosplay. L.J. Goldstein in New Orleans leads a satirical Krewe du Jieux group that participates in Mardi Gras parades; this is another manifestation of cosplay.

Just like people of other religions and ethnicities, there are many Jews who like to cosplay or wear some form of costume, for different occasions. There are plenty of Jews who, while not dressing up themselves, find the practice intriguing. If you agree that “All the world’s a stage, and all the men and women merely players”, as Shakespeare wrote, then Jewish cosplay definitely has its place, its roles, its fans.