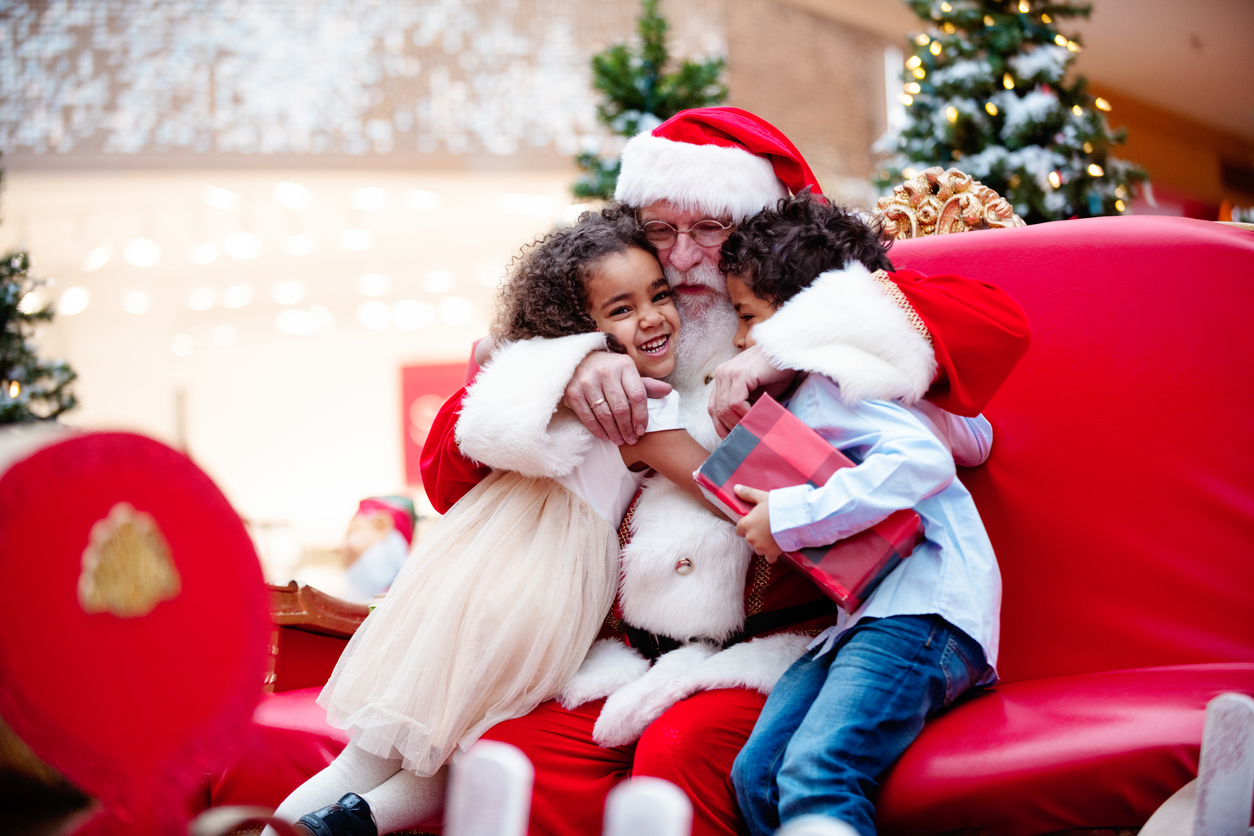 Notice that I have posed these questions with “should”, rather than “have.” We know that Jews have done these things. Broadway legend Irving Berlin wrote “White Christmas,” singer Mel Torme wrote “Chestnuts Roasting On an Open Fire,” and saxophonist Kenny G recorded a Christmas album. There are Jewish men (and some women) who get paid (or volunteer) to dress up as Santa Claus for the shopping mall photo line, or to entertain at corporate parties. There are Jewish people who sell holiday decor and candles, design ugly Christmas sweaters, and market candy cane wrapping paper.

The winter holiday season can be difficult to navigate, especially for Jews who live in a largely secular (and at least nominally Christian) society. We are bombarded by Christmas culture: songs on the radio and TV, all kinds of advertisements, public caroling, trees decked out with decorations, and the like.

I’m not writing here about whether or not a Jewish person should hum along with “Feliz Navidad” on the radio (I admit that’s my personal favorite song of the season), or shop at a big-box store while it is holding holiday gift sales. Rather, I want to explore the topic of Jews who are involved in making money from Christmas endeavors, or even volunteering in that manner- and why it might seem strange or discomforting.

Is it allowable, according to Jewish law, for a Jewish person to wear a Santa suit or elf costume? To compose holiday songs for Christian holidays? To design wrapping paper, or clothing, bake cookies and do other things that are for one’s livelihood or volunteering efforts, that are connected to Christmas or another religion’s holiday?

The short answer could be parnassah, Hebrew for livelihood, one’s job. Playing a Santa at Macy’s is not a forbidden job: it doesn’t involve serving as a religious leader for another religion, Santa isn’t required to eat treif food, Santa is not committing murder nor prostitution, and isn’t involved (hopefully) in using false weights and measures. (And a Jewish Santa can refrain from getting paid on Shabbat.) However, a Jewish Santa is kind of promoting the celebration of Christmas; and does a Jewish Santa commit an act of fraud, since he isn’t actually Christian? Thus, is this a gray area?

And even if there are people doing this, and have done so in the past, why does it sit somewhat uncomfortably with me? Then there is a correlative: how would we feel about a non-Jew who wrote Hanukkah songs and recorded them? Or designed wrapping paper for Hanukkah gifts?

Please note that George Frederic Handel composed not only the “Messiah” you might hear for Christmas, but also the 1746 oratorio “Judas Maccabaeus,” which is about the Hanukkah story. During Hanukkah’s past, I’ve heard a few Jewish prayers sung to the tune of his “See, The Conquering Hero Comes!”

In recent years, there have been stories, run in Jewish as well as secular publications, about Jewish men who have performed as Santa Claus (although not St. Nicholas). Rick Rosenthal, who belongs to a Young Israel, not only plays Santa but also runs the Northern Lights Santa Academy and the National Santa Agency. There are other Jewish men who do this, mostly part-time or as a side job because they are retired. A few have even described their role as Santa in terms of tikkun olam, repairing the world.

In some parts of the world and at certain times throughout history, Jews feared Christmas Day because mobs might attack them for venturing outside. But that is in the past, and for a large segment of American society (as well as globally) Christmas is not a heavily religious holiday, but much more of a secular celebration and a gift-giving, commercialized holiday. It’s an economic engine in so much of the world, so, nu, why shouldn’t Jews become part of that?

A man named Ira told me on social media that he has played Santa with a bit of humor, kind of as a tummler, and he has known a frum (religious) Jewish man who portrayed a Yiddishe Santa, tongue in cheek, for children. Another man named Daniel mentioned that he played Santa when he was a college student, to make some money. “I did find it a little weird… but even so I didn’t feel like it would be violating my religion. It was more like an acting gig.”

Considering all this as a whole, why do I still feel uncomfortable about Jews playing Santa, writing and recording Christmas songs, and things like that? Are Jews exploiting a market in this way? (You could also say that about non-Jewish performers and businesses.) Are we poking fun, indirectly, at Christmas? (Maybe?)

We Jews are, inevitably, members of a minority religion. We are often (constantly?) reminded of that. Our holidays are not celebrated by most people, which has its pros and cons. Antisemitism has been a problematic issue throughout the ages. And there have been many Jews over time who, for various reasons, abandoned their Jewish roots and embraced Christianity. Many of them then embraced the Christmas holiday and the activities that lead up to it. (Oy, those cutesy Advent Calendars!)

And some of you might think that it’s hypocritical for someone like me to feel ill at ease about Jews playing Santa and for the late Joey Ramone (born Jewish) singing “Merry Christmas (I Don’t Want to Fight Tonight)”. After all, I am not Orthodox and I don’t dress as a frum Jewish woman. But I attend a Conservative synagogue, I celebrate the holidays, I pray daily, and Judaism informs so much of my life and my writing. And while I don’t condemn Jews who are playing Santa, or who play pop culture Christmas songs, and the like, there is a sense of discomfort that I cannot shake.

Is part of this due to jealousy? (of the Christmas holiday trappings, or of the holiday’s outsized presence in our society, compared to Hanukkah?) Is it a sense of resentment as well? Is there a sense of betrayal of being Jewish, if I do like certain aspects of the Christmas holiday (I enjoy driving around and checking out the houses overloaded with lights and huge decorations in Dyker Heights, Brooklyn.) Is this a tangle of psychological or sociological, even anthropological feelings and issues?

Much of life IS like that, occupying the gray areas, the not-comfortable feelings and points of view. Life is not always going to be easy nor easy-going. Being a Jew and dealing with society’s devotion to Christmas is part of life, not always a smooth process.

We Jews do represent a wide spectrum of views. If some want to perform as Santa, and they get a kick out of it, so be it. For some it’s a chance to entertain children; for others, it’s a classic acting role to perform.

Be a mensch/ don the red suit/ trim your beard/ ’cause it’s a hoot./ Put it on your resume/ that you were Santa, and get a sleigh./ Jewish Santas get to kvell/ with (kosher) candies and jingle bells.