The Shared Messages Of A Palestinian And A Settler 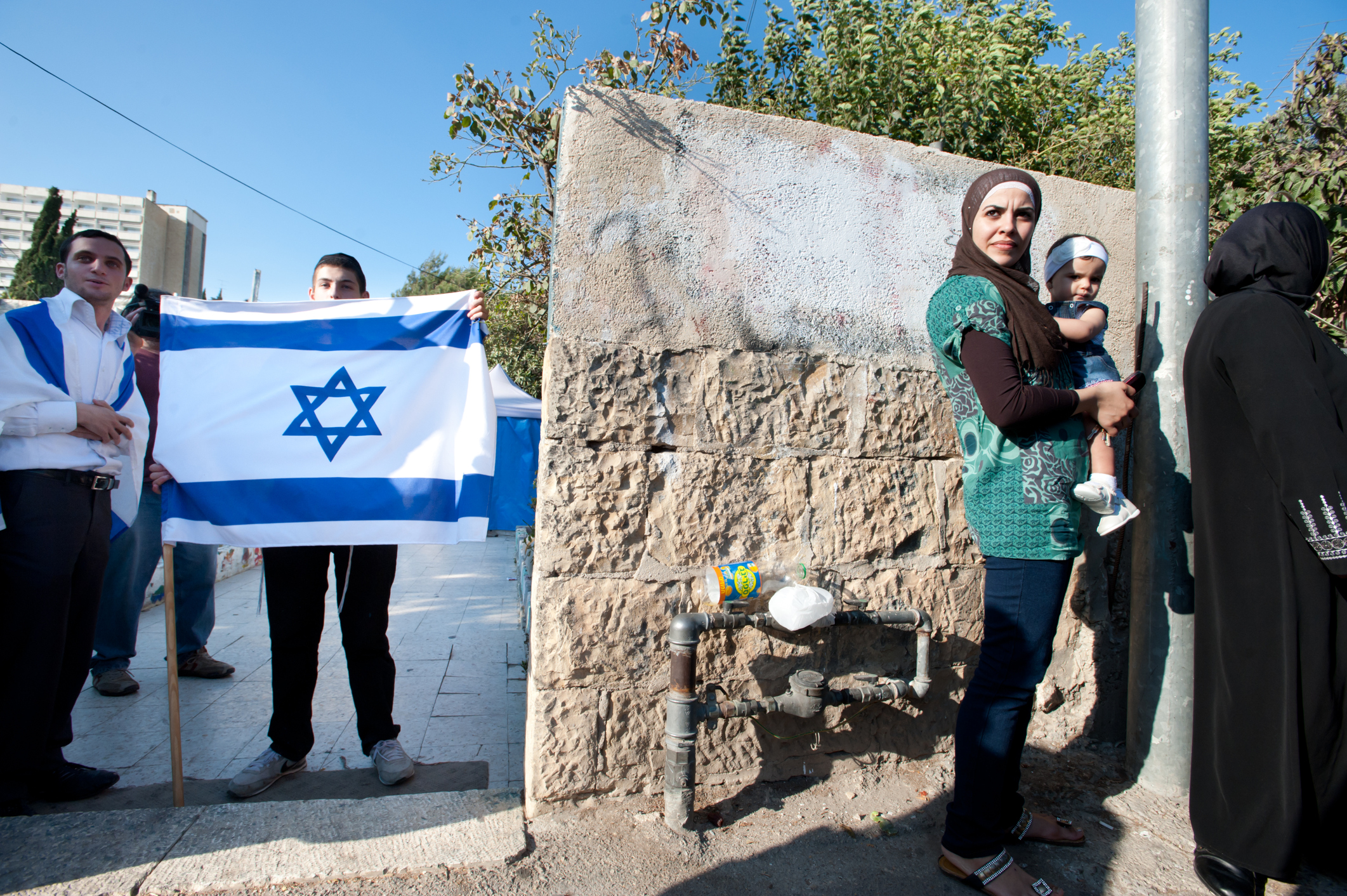 I recently led fifty members of my congregation on a trip to Israel.

One afternoon, we drove out on an utterly dreary, windy and rainy day to the West Bank. We drove off of the main road onto a muddy, side road to our destination which looked exactly like it appeared: a half built hut, a bathroom, a greenhouse, a couple of wandering goats and a German Shepherd, whose protective and violent bark didn’t tempt even the most ardent of dog lovers to approach his circle of proximity.

My loving group of congregants was wary about where their rabbi had taken them.  We had just come from one of the more luxurious hotels in Jerusalem and here we were in the Middle of the West Bank, cold, wet and being served a meal, which didn’t look familiar to the American palate.

But, it was there, in that most unexpected of places, where we learned our most important lesson.  It was there where we met a Palestinian named Ali, who was once a stone-throwing activist. This yearning soul fought in the streets against those he saw as the oppressors, against those stopping him from attaining the Homeland he and his family so wanted and deserved. He was angry. He couldn’t fulfill his dreams, the hopes of so many young people in our world; to travel, go to college, see family for Holidays on the other side of roadblocks. To add to Ali’s fury, Israeli soldiers killed his brother, mistaking him for a terrorist. Ali took his anger to the streets as a violent, stone-throwing activist, and was ultimately jailed for five years.

Counterintuitive to the prison experience some might expect, Ali met elders who taught him a different path. They encouraged him to read Martin Luther King, Mahatma Gandhi and Nelson Mandela. He learned and started to find the wisdom of attaining his righteous yearnings through non-violence. He told us that he realized he no longer wanted to try to pierce the Israeli body with rocks, but instead to reach the Israeli heart with sacred and compassionate words. His life had changed and now he wanted to help change the world around him. And so he searched for partners.

Shaul, a Jewish settler, is religiously dedicated to living in what he faithfully believes to be God-given land. He sees living on the land called Judea and Samaria as important a religious imperative as feeding the hungry and clothing the oppressed. Giving up that land is tantamount to hastening the destruction of the world. So, he dug in, wanting to expand Jewish living in Judea and Samaria. He also was angry. Too many of his friends had been stabbed, rammed by Palestinian cars, randomly shot and brutally murdered. Each violent act made him more and more furious. He felt tempted to act out in revenge, to support political parties that advocated for the total transfer of all Palestinians to anyplace but there.

Lost and confused, Shaul somehow ended up in a study session with an ultra-Orthodox rabbi who offered a different path. It is not odd that religious Jews who live in this area study with community rabbis. Unfortunately some of these religious leaders utilize sacred texts to cultivate and sustain hate and revenge. This teacher was different and Shaul was open to hearing his wisdom.  This wise rabbi taught that just because God promised this piece of land to Jews doesn’t mean that Jews have to achieve living in that same land through violence. He taught that one People claiming a Homeland does not have to cause the other searching People to end up in exile. Finally, he taught that if both sides take religion and humility seriously, that no matter what it written in anybody’s sacred scripture, the land ultimately belongs to God, not to either Jews or Palestinians. And, God, the wise teacher concluded, certainly does not condone killing one another in the name of land.

So Shaul, like Ali, suddenly felt compelled to search for a new road, a nonviolent road, a healthy, religious road to peace and justice. He still refused to leave Judea and Samaria. Ali refused to leave the West Bank. Both wanted their Homeland, but now because of their respective experiences, each of them was willing to sit with the other to explore how they might live together.

Any of us who pay attention to the politics of the Arab-Israeli conflict know that both sides are stuck in a cycle of intransigence that seems to have no light at the end of its tunnel. These two men, amongst an ever-growing movement of non-violent Israeli settlers and West Bank Palestinian refugees, have decided to stop waiting on their particular political leaders and instead meet themselves, to find a way to peace.

Where do they meet, this new, sacred and righteous organization? They meet in this shared, dank, cold, and windy hut and greenhouse, which exist at the crossroads of Palestinian and Jewish communities. They meet within a stone’s throw and earshot of the violence, which takes place daily between their respective Peoples.

Indeed, as they explained their evolutionary journeys, my dear group of congregants began to realize why I trekked them out of the luxury of Jerusalem to the cold hard reality of these righteous people.

Both Ali and Shaul have every reason to hate one another, but they have learned a different and healthier way to be. We wanted to know the cogent lessons of their corresponding paths. Interestingly enough, their messages were the same. They taught us that both of their sides have chosen a path of inertia called victimhood. Each side no longer looks for ways towards peace, but instead calculates who possesses a more significant ledger of blame and fault. They taught us that fear has trapped both of their Peoples. Each side has isolated themselves into an echo chamber of revenge and blame and anger.

Both of them, religious men, compared hate to idolatry, indicting their own to committing the greatest sin of all, seeing anger as the idol to which they pray as opposed to an infinite God.  They taught us a spiritual metric which instructs that “Anger + Fear = Hatred.” Revenge is what victims do in their disguised pursuit of justice. The truly righteous, however, courageously pursue justice through an understanding that the only way to seek such a worthy goal is to know that “Justice” is achieved when we realize, on both sides, that it is “Just-Us” who can find a way to live together.

I looked at my fellow travelers and they no longer seemed annoyed by the rain and wind. Many of them had tears streaming down their faces caused by the irony of the story that they had experienced. The media had never told them this story.  Most of them had never even met a Palestinian or a settler. I encouraged them to shake each of their hands and be sure to go back and tell their story and to join the righteous, non-violent struggle. I told them that although the confines of the moment didn’t compare physically to our comfort back in Jerusalem, at that moment they were standing on the most lavish ground we would stand on at any other point of our trip.

That fledgling little outpost of mud and goats was indeed the richest point on our journey. It was in that unexpected place where we learned about the work of the wise and the healthily committed religious Palestinian and Jewish communities. While so many of us are increasingly living in a world of split screens, that like these most unlikely of peacemakers, it is time for us to let go of our own paralyzing idolatry of anger and victimhood and find ways to turn and look at each other. If they can, then we certainly can be wise enough to do the same.