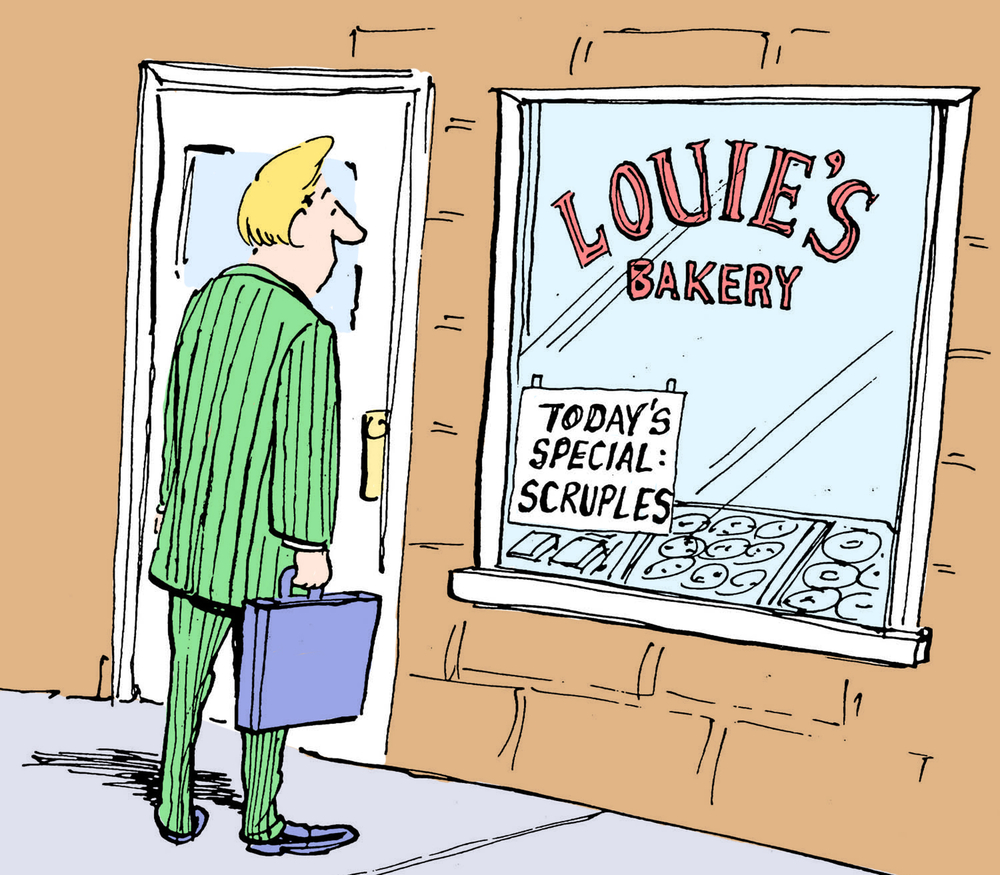 Parshat Emor can read like a litany of ancient laws for a caste of priests who no longer exist: who they can marry, standards for their children, and expectations for their appearance and personal grooming. Yet there is a common theme among them: the meaning of scrupulous spiritual leadership.

A gem that stands out among the relates to leadership, and if viewed beyond the purview of priests, relates great wisdom about requirements for public leaders. Leviticus 22:2 expounds, “Instruct Aaron and his sons to be scrupulous about the sacred donations that the Israelite people consecrate to Me, lest they profane My holy name, Adonai.”

Our commentator Abraham Ibn Ezra focuses in upon the word scrupulous, Veyinnazeru, which is connected to the word “to separate.” Scrupulousness among priests derives from the distance they create between themselves and the donations intended for a higher purpose.

Our Talmudic scholars, in Tractate Sanhedrin 83b, further add the valence of purity to the conversation, indicating that a priest in a state of impurity must remain apart from the sacrosanct objects of the sacrifice itself. Tractate Zevachim 17a goes further into gradations of purity and impurity, distinguishing between moments when a priest can be close to ritual objects and those in which they can ritually consume part of the sacrifice itself.

Scandals involving clergy abound today, from misappropriation of funds to inappropriate personal conduct and outright abuse. Could this Torah portion provide guidance about how we might respond? As ever with a text so sacred and so ancient – maybe, but with the clear caveat that transposing its parallels upon contemporary issues is fraught and at times deeply problematic.

Nonetheless, if we are to draw the parallel between priestly purity and contemporary clergy, there are some evident recommendations: We should keep our expectations of clergy high, make clear that there is no return to leadership from all misdeeds, and clearly demarcate the path to return from less harmful transgressions.

Euphemistically put, ancient priests who were in a state of impurity during sacrifice might not… return… in the future. They might simply cease to be. So, too, do we acknowledge that not all offenses are remediable – and still, others may warrant permanent disqualification from spiritual leadership such that people cease inhabiting their prior roles.

The text also affirms that we should retain these high standards, even if some transgress them and face serious consequences. The onus is on the priest to comport, not on the society to bend its norms in the face of priestly majesty.

Lastly, priests who do become impure can use typical methods to return to their duties – provided that the impurity did not directly relate to the sacrifice itself. Further, the path to return was clear and included time away and ritual cleansing. It also placed the onus on the individual to purify themselves or face the ultimate consequence. Work to return, and vigilance to return, with scruple, is upon the individual with impurity. The consequences of return with insufficient cleansing are swift and severe – so the individual is charged with meticulously supervising their own purification process, at great cost if they fail to do so.

For us today, this verse indicates that not all malefactors are equally problematic. Some might well be rehabilitated through reparatory service and restorative justice, as well as a personal process of change, renewal, and repurification. It also means that the process of return also requires profound inner work, of the sort that may not be readily visible externally. Lastly, it means creating a system of thorough self-improvement with rigorously enforced external consequences to ensure that malfeasance does not become a pattern.

Much as Parshat Emor feels chronologically distant, the human applications of some of its rules feel timeless – and even helpful in addressing quandaries that we face in the present.