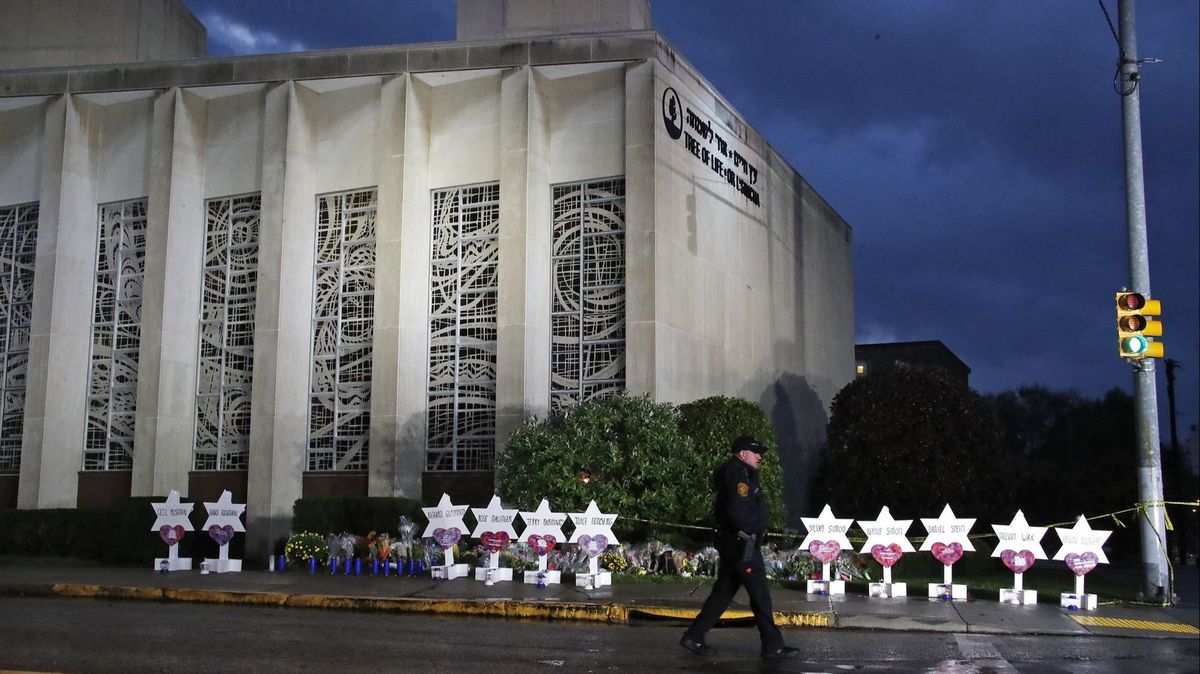 Two years ago today, a man walked into the Tree of Life synagogue in Pittsburgh with the intention of killing as many Jews as he could. After a harrowing number of minutes inside opening fire with his semi-automatic weapon, eleven Jews were murdered and countless lives were shattered.

The ripple effect felt throughout the Jewish world and, by extension, across the nation spread abject fear as well as a resolve to show up even stronger, prouder, and more resilient. The Jewish community was bolstered by professional teams wearing patches, the local newspaper printing Kaddish in Hebrew on the front page, and especially by our neighbors, Christian, Muslim, Sikh, Hindu, and all faiths pouring out their love and support.

At Gesher L’ Torah we held our own interfaith vigil at which we memorialized the eleven men and women whose lives were brutally taken. In preparing for our Interfaith Gathering, we put together this information about each of the eleven people who spent their last moments meeting for services at the Tree of Life congregations.

Some of the words are quotes from local articles and they include reflections from Beth Kissileff, a powerful writer whose husband Rabbi Jonathan Perlman leads the New Light Congregation which met at the Tree of Life synagogue along with Dor Chadash.

Rabbi Perlman and I used to work across the parking lot from each other. Not only was he in the building at the fateful moment of the assault, he helped shield congregants behind a storage closet as the gunfire went off and robbed the world of so many from this precious community. The fallen include members of each of the three congregations that meet in the building.

The next day, standing alongside his fellow clergy, Rabbi Perlman inspired those gathered for a memorial vigil with these beautiful words: “What happened yesterday will not break us. It will not ruin us. We will continue to thrive and sing and worship and learn together and continue our historic legacy in the city with the friendliest people that I know.”

Here are some sketches of those so cruelly taken:

Mrs. Fienberg forged a quarter-century career as a University of Pittsburgh researcher. But graduate students knew her also as a surrogate mother — a warm host who welcomed them into her family’s home and kept sending holiday cards for years afterward.

“She was always smiling, greeting everyone.” “She loved her role of being mom to all of us.”

Mrs. Fienberg was “very intelligent and engaging and had a certain elegance to her demeanor that isn’t always found in an academic context.”

She had two sons, Anthony and Howard, and Mrs. Fienberg was “the proud grandmother to her grandchildren,” the development center said.

Cecil and David Rosenthal lived together in an apartment in Squirrel Hill. They were regulars at Tree of Life, where Cecil could be found serving as a greeter.

“Cecil and David had a love for life and for those around them. As long-standing recipients of ACHIEVA’s residential and employment services, they were as much a part of the ACHIEVA family as they were their beloved neighborhood of Squirrel Hill.”

“They loved life. They loved their community. They spent a lot of time at the Tree of Life, never missing a Saturday.”

“Cecil’s laugh was infectious. David was so kind and had such a gentle spirit. Together, they looked out for one another.”

“They were inseparable. Most of all, they were kind, good people with a strong faith and respect for everyone around.”

Sylvan and Bernice Simon were wed 62 years ago at the same synagogue in which they spent their last moments. Syl and Bernice were a sweet, down-to-earth couple.

“They held hands and they always smiled, and he would open the door for her, all those things that you want from another person.” “They were really generous and nice to everybody.”

The Simons’ front door has three stickers affixed to it. Two say “Support Our Troops” and “God Bless America.” A third says “America the Beautiful” over a photo of Mount Rushmore. A loving couple, together forever.

Jerry Rabinowitz started treating HIV Aids patients before the disease had a common name. He did it with compassion and grace, never wearing the latex gloves when he spoke with his patients as many did. He held a lamp up that lit the way and continued to practice with such care and thoughtfulness through the years of his family practice.

“In addition to being the president of the Dor Chadash congregation, he was a doctor, a healer. When he heard shots he ran outside to try and see if anyone was hurt and needed a doctor.”

That was just the way he was. Just what Jerry did.

Rose Mallinger, at the age of 97, was the oldest of the group. Although she was not a survivor of the holocaust as some had reported, she bore witness to almost an entire century of one of the most pivotal times in Jewish history. Rose was born in 1921 — the fourth of six children of Yiddish-speaking parents who had themselves arrived in the U.S. from Lithuania as children. She regularly attended Tree of Life with her daughter, Andrea, who was injured in the shooting.

“She was full of life with a lot of energy. There wasn’t anyone who didn’t expect her to live into her hundreds.”

Melvin Wax was always the first in the synagogue for each service. He was devoted and caring, a pure soul. An accountant, Melvin worked for Calig Steel Drum for over 20 years. He was past president of New Light congregation. He read Haftarah regularly often led parts of the service as he did that last time. His greatest passions were his grandson, his Judaism, and the Pittsburgh Pirates.

Rich Gottfried broke both his knees on the ice last winter. He was not expected to make a quick or full recovery but due to his determination, he was back at shul, reading Haftara as he does many weeks with his leg braces. He was due to retire soon and wanted to spend more time strengthening himself and the shul. He will never get the chance to do that.

A 1970 graduate of Uniontown High School, Mr. Gottfried earned his bachelor’s in English literature from the University of Pittsburgh in 1974 and his dental medicine degree from Pitt in 1980. That same year, he married Margaret A. “Peg” Durachko, a dental school classmate and practicing Roman Catholic. They supported each other’s faith which included a drive to continue to learn and to seek ways of helping the vulnerable including new immigrants.

Dan Stein just became a grandfather seven months ago. Dan always had a word of cheer and a fist bump for everyone at shul. He read his bar mitzvah Haftara each year, annotated with the date. He helped out everywhere and made the tough stuff look effortless.

“He had a phenomenal ability to smile.” “He could make the situation light and happy.”

Irving Younger ran a real estate company. Outside of work, Younger was a devout participant in his congregation, Dor Chadash, which only recently had begun holding services at the Tree of Life. He went every day. He was an usher at his synagogue, and he never missed a day.

May their memory continue to inspire blessing and the light that shined brighter through their deeds and commitment to repair the world never go out.