Move Your Body, Free Your Mind 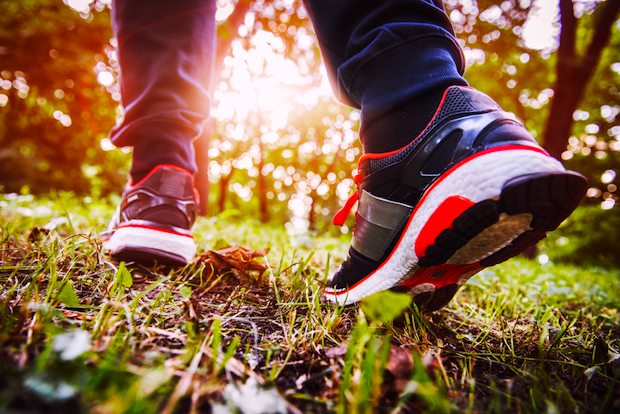 I love when science confirms, and even deepens, the intuition of an ancient practice. A study conducted by Stanford researchers Daniel Schwartz and Marily Opprezzo, reported in the Journal of Experimental Psychology, found that creativity levels were consistently and significantly higher for people when they were walking compared to people who were sitting.

In one sample, walking subjects thought of 81 to 100 percent more potential uses for an object than their seated counterparts did. In another sample, people thought of a greater number of linguistic analogies while walking than they did while sitting. Where one walked made no difference. It’s clear, walking boosts creative thinking.

Go for a walk today, and make the going as important as the arriving.

Walking is productive when coming up with new ideas and trying to get a fresh perspective. (And the effects continue afterward! Quoting Schwartz and Opprezzo’s study: “Walking also exhibited a residual effect on creativity. After people walked, their subsequent seated creativity was much higher than those who had not walked.”) Meanwhile, sitting seems more effective for idea execution and decision-making, according to the study.

How can the study translate into everyday life? It turns out that school recess is a central part of the creative process of learning. In addition, brainstorming meetings on foot are a good idea, and starting the day with a walk (or even just pacing in the office) are good ways to drum up new ideas.

At home, when your spouse asks you to go for a stroll, think of it as an invitation for innovation. Every wisdom tradition teaches that ‘walking on our way’ is itself a practice, as each step we take is a step in life prepared for us in some way to be a path of discovery.

So go for a walk today, and make the going as important as the arriving. See if you move forward without going anywhere in particular.