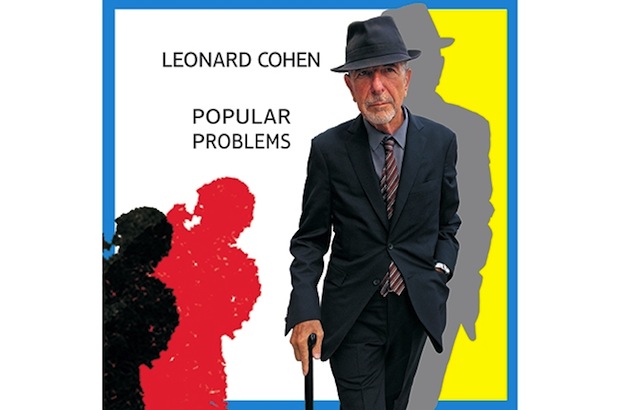 My Oh My, sings the prophet/poet Leonard Cohen on his just released new album, Popular Problems. Simply put: this is a majestic, mysterious, magical, meaning-saturated masterpiece that I have listened to every day since I bought it. What are the Popular Problems Cohen alludes to? The intractable ones for which there are no final solutions, only ever-new iterations:? war, aging, terror, tragedy, sexual longing, desire, our spiritual yearnings, suffering, moral ambiguity, our religious identities, our mortality, and of course, love for the older you get, the lonelier you become, and the deeper the love you need.

At 80 years-old there is no innocence here. There is a sage’s wisdom in an exquisite mix of jazz, soul, gospel, country, and honky-tonk and Cohen’s raspy whisper-growl (with some female accompaniments). Cohen knows from experience that the promised land can never be reached – in fact it can barely be described. It is an ever-expanding horizon driving us as much as playing us.? In “Almost Like the Blues,” Cohen sings:

Cohen knows that heaven and hell are the same thing and you don’t even have to leave earth to get there.

“There’s truth that lives
And truth that dies
I don’t know which
So Never Mind,”
sings Cohen, illuminating the very truth he questions.

Cohen knows our journey through life is a never ending exploration made up of bad times and good times requiring us to be humorous and serious, personal and political, despairing and hopeful, gentle and fierce, sweet and dark, hot and cool, whispery and substantive, accepting and defiant, contemplative and impulsive, profound and silly, weary and optimistic, disturbing and comforting, ambiguous and clear-eyed, naked and restrained, irreverent and humble, skeptical and certain, sad and triumphant, menacing and loving. Cohen is all of these. But – and perhaps this is why Cohen remains so compelling – never cynical.

Simply put: this is a majestic, mysterious, magical, meaning-saturated masterpiece that I have listened to every day since I bought it.

Popular Problems embraces the sacred messiness of life and the results are extremely life affirming. In the final song, “You Got Me Singing,” Cohen sings:

Cohen is in no hurry to leave the stage, still engaged in wherever the great journey takes him… and we are blessed.