I Found Spirituality In A Hopeless Place 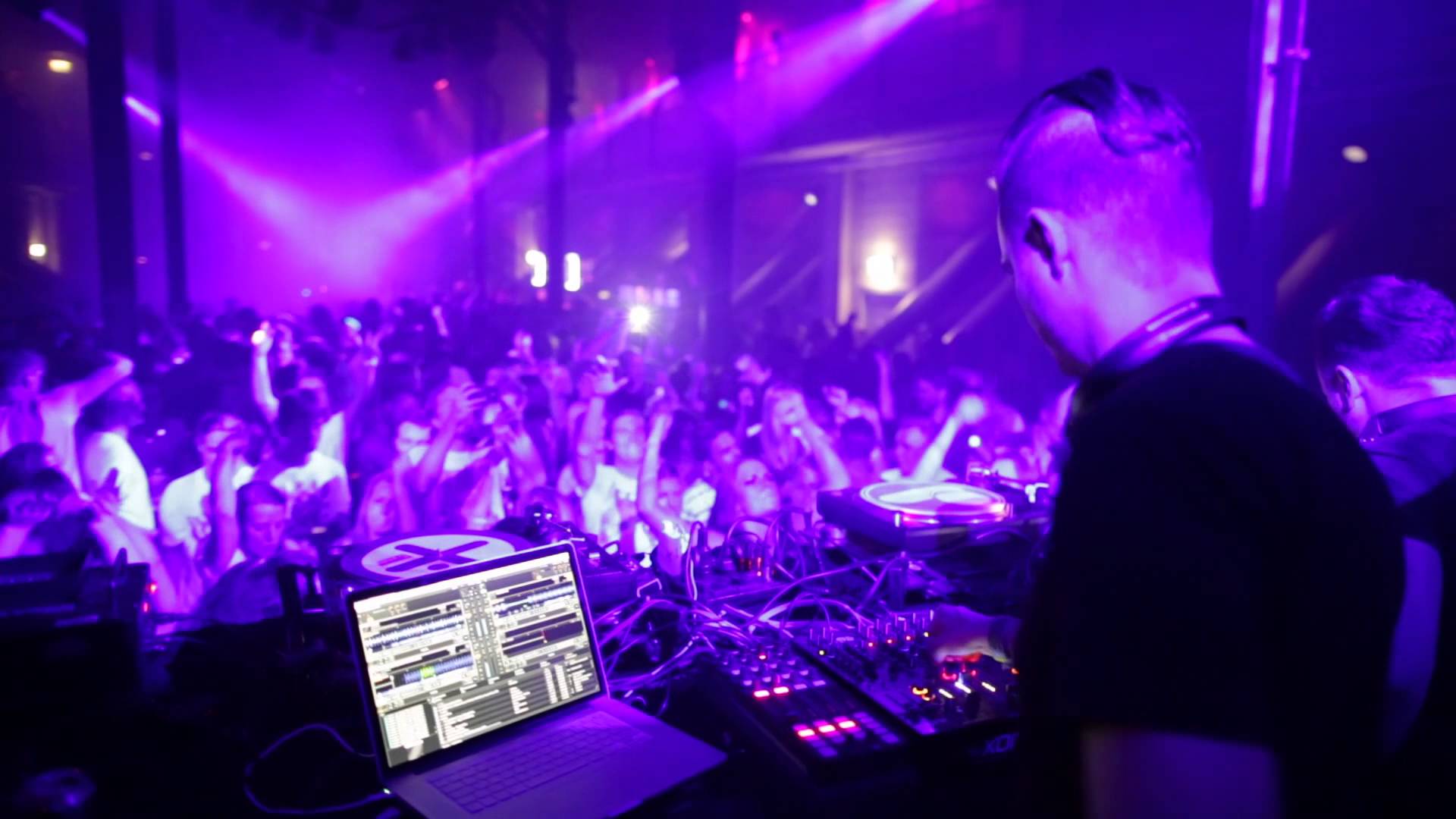 I waited at the end of a line consisting of two-hundred, hip, young Berliners and Internationals that stretched from the door of a massive industrial building in East Berlin to the fences littered with half-drunk beer bottles by the street. The once abandoned East German power plant on the border of Kreuzberg and Friedrichshain, now houses the 1,500 capacity Berghain (pronounced Berg-HINE), which The New Yorker proclaimed as:  “The most famous techno club in the world – to Berlin what Fenway is to Boston.” When I got to the front they asked me my age in German and granted me entry, which in itself cannot be guaranteed.

Before I can reach club security though, one of the bouncers calls me from behind, yelling a question I do not understand in German. When I confirm he’s talking to me, he switches to English and begins translating his scary counterpart’s questions. The frightening bouncer speaking in German is Sven Marquardt, who the NYTimes described when reviewing his photography: “His lower lip is pierced twice, and a pointed metal bar runs through his septum. His hands and throat are covered with tattoos, like his face, where if you look closely, a moth flutters among the thorns.”

Bouncer: “What are those strings?”

Bouncer: “Alright, he gets it. Shut up and go inside.”

I check my coat and walk up the massive stairs to the cavernous body-to-body main dance hall, now feeling leagues above the bone-chilling Berlin winter night. The only two rules I have heard from friends who have been go like this: no pictures (anonymity is paramount in this once gay-sex club) and no chewing gum (just not worth cleaning up). Pretty much anything else goes.

The first Thursday night I went to Berghain, to see an incredible four-hour DJ set by resident Ben Klock, I ran to the upstairs Panorama bathroom needing to pee. As I waited endlessly for a stall to open up I griped, “Can someone stop doing drugs so I can pee,” and on-beat a dealer waiting for customers turned to me and said, “these bathrooms are not for peeing.”

Often in the upstairs lounge, German girls, sometimes on more than their fair share of Ketamine, would come up to me and say, “Do you know you’re the first Jew I’ve ever met?”

Upon which I’d have infinite responses in my head ranging from “That is because your grandfather killed us all,” through, “That middle-eastern guy you hooked up with here last week would never tell you that his grandparents fled the Nazis for the dream of a Jewish homeland.”

Instead, I smile, nod, appreciate the shifts that a country can go through in 60 years and say, “Cool.  What do you want to know about Jews?”

With all of the loneliness that I felt in Berghain, I would return month after month throughout my time in Berlin, to find myself dancing in meditative trance to what many electronic music bloggers call the “Church of Techno.” I am not the only clubgoer in a sweaty ecstatic dance, experiencing deep bass-filled stacks of meditation speakers, surrounded by Berliners and Internationals in black jeans or leather. With Saturday night klubnacht running straight through Monday morning rush hour, Sunday afternoon and the more laid back tunes of upstairs stain-glassed Panorama bar is called Sunday Mass by the regulars.

I may not be the only one there solely for a connection to the sublime Divine and have therefore never been to a club in all my years in New York City. In Berghain, as opposed to a record-spinning bottle-popping Manhattan establishment, whether you come for the sex, music, or drugs, it all happens under those 60-foot industrial ceilings.

It did not even ruin my experience when exploring the endless staircases one weekend, and a friend said in an undertone: “It smells like sex in those puddles.” Somehow, this dark place with some of the loudest speakers in the world, according to Rolling Stone, was my spiritual escape from the grey winter in a city Hitler once ruled. One Sunday night I left Berghain at three or four AM, heading home. I missed my stop on the U-Bahn underground train and decided to walk from the next one. When I exited the station, realizing I had arrived in a square where Hitler used to address thousands, I continued dancing as if back in Berghain, but in endless circles, my tzitzit twirling through the air.