It’s Time To End The Cycle of Political Dehumanization 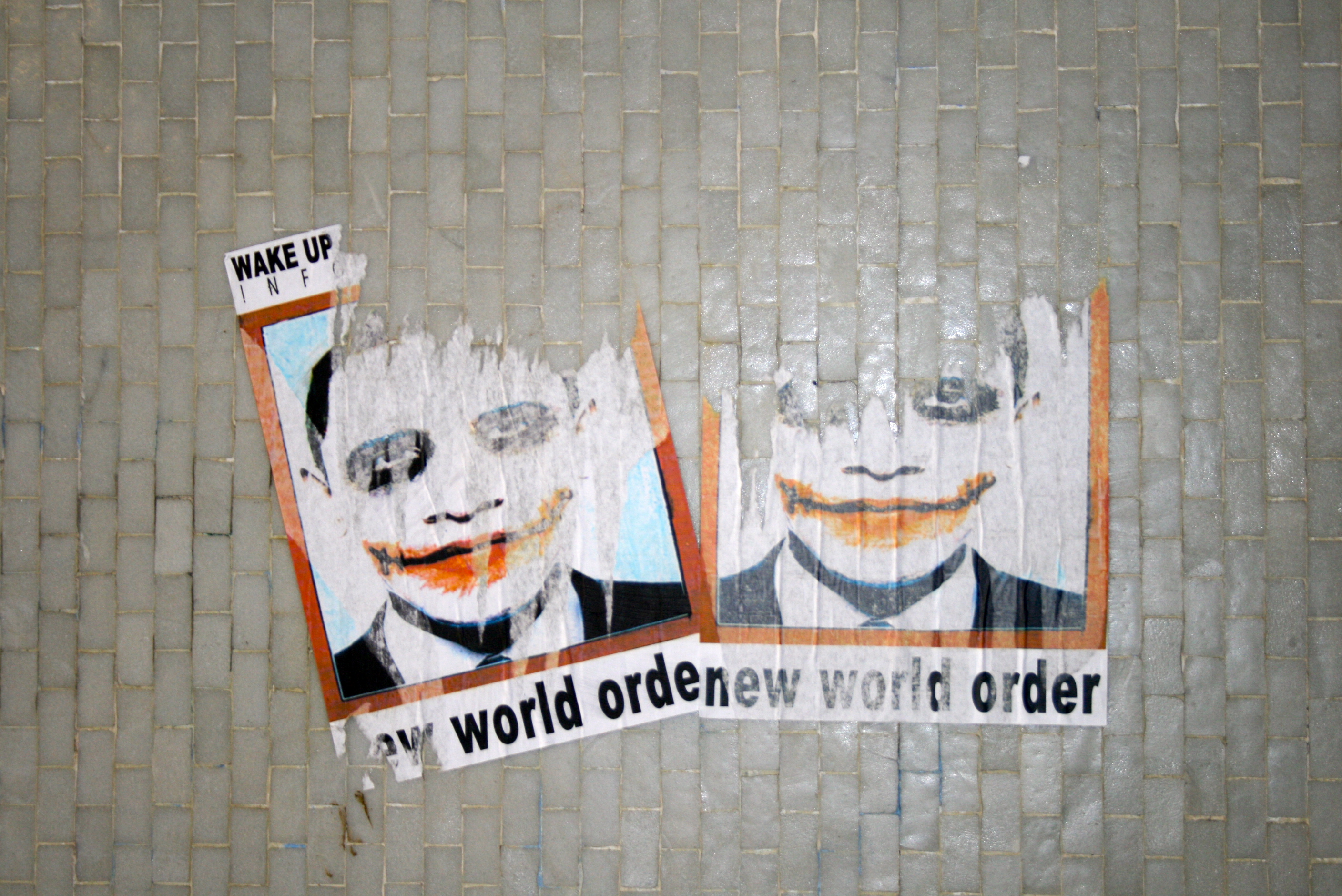 Caught in the spinning wheels of political change, I believe it is time for us all to take some inventory on our spiritual state. As a Catholic, I am often dismayed by some groups who exhibit an unchristian attitude towards others while simultaneously claiming to fight to preserve Christianity in a way that can be hateful and harmful to minority groups. This is particularly true in the case of Muslims, who are often broad-stroked as terrorist sympathizers and declaimed as Devil Worshipers without proper research being done on the complexity within Islamic history, culture, and spirituality.

I fear that some of us have allowed ourselves to build up walls of resentment and cultivate a deep distrust of things we do not understand, accompanied by an unwillingness to try and learn more about them with an open mind. This, interestingly enough, is also an element used in the propaganda campaign of Islamist terrorist organizations like ISIS, who must paint a black-and-white ideological war in their terms in hopes of deluding the masses into hating and killing one another for their own ends.

Also, it should be kept in mind that even the sincerest of moral convictions can be twisted into excuses for character assassination and dehumanization that has the potential of leading to even more perverted forms of thought and ultimately explode into violence. Within the pro-life movement, of which I am honored to be a part, this can happen through the demonization of politicians who have shown support and maintained the continuation and expansion of legalized abortion, including Barack Obama, Bernie Sanders, and Justin Trudeau.

As an ardent pro-life advocate myself, I must raise my voice in warning in this area. In the midst of forwarding our cause, some of us seem to have forgotten that being truly pro-life is being pro-humanity, and remembering to see the reflection of God within others, no matter who or what they are. This includes remembering the dignity of immigrants, refugees, welfare recipients, single mothers, prisoners, minority groups, and politicians to whom we are opposed. As a Christian, I say we have to get ourselves over the hurdle of our own prejudices and animosities to be the hands and feet and bleeding heart of Christ in our own world.

Being pro-life is meant to be an all-encompassing ethic which we live by, not an excuse to turn people into objects of our fiercest contempt. It is speaking the truth, but always with love. It is about not always questioning whether someone deserves your help, but rather giving without rancor or reserve. It is about recognizing the multi-faceted kinship of all peoples: Caucasian, African, Arabian, Hispanic, Native American, and beyond. It is about being able to view every single human being as priceless, and being in awe of that pricelessness, and being willing to safeguard that pricelessness every day of our lives. It is this ethic which all of us, Christian, Jewish, Muslim and beyond, should be moving closer and closer towards fully embracing, both in our personal lives and in the policies we support.

That, to me, is what being pro-life is all about. It is about unity and empathy, justice and equality. It is about recognizing that injustice against one is injustice against all, and that no one can claim the right to rob the rights away from another. It should be the dead end of “us” vs. “them” scenarios which turn human beings into poisoned Skittles statistics and fail to uphold all their intrinsic, God-given rights to have life, and live it abundantly, in freedom, security, and with the ability to pursue happiness.

This is why we go out and march in Washington in the winter’s cold for the rights of the unborn. It should also be why we make ourselves equally visible in all human rights issues that may arise, as Pope Francis has called upon us Catholics to do. In the age we live in, it is vital that we embrace an activism of fidelity to our brothers and sisters, to our community, to the earth and all its elements and creatures, and ultimately, to whom and through whom all things flow, The Creator and Sustainer of Being.

This is a call to arms championed by such Catholic social justice groups as the Ignatian Solidarity Network. We should familiarize ourselves with the politicians elected to serve us, whether we chose them or not, to try and tackle the hard work of improving our societies. We worry so much about whether America is “great” or not, sometimes I wonder if we have forgotten that our main goal is to assure that she is “good.” And we can start to enhance her goodness by recognizing the goodness of others, including those elected officials we hold in dim view, who too often come to be seen as evil personified.

This is beyond the issue of who we write in at the ballot box; this is an issue of coming to terms with the nuance seething in the soul of every person, of acknowledging the light of God that resides in all persons, in which they live, and move, and have their being. But all too often, any sign of seeking out areas of common ground with “the other” is considered a means of causing “confusion” or “dissent,” of muddying the waters, as if the waters of fallen humanity have ever been crystal clear.

We are all the walking wounded, and have no right to cast the first stone. Can we really claim to be able to read what the God-Man’s finger wrote in the sand? And can we not grant that each of us have our own blind spots which we must face up to? If we believe their blind spot to lie in the area of abortion, then it is our job to shine the light there; not to blind them, but to bring them sight, and try and bring it to them by appealing to their own inner goodness. For pro-life advocates, it is the darkness obscuring vision which we fight, not those dealing with it.

We have no right to tear down someone’s entire personhood, as I have seen done with Barrack Obama, among many others. Over the course of his presidency, many came to portray him as Sauron, Voldemort, Emperor Palpatine, and Joffrey Baratheon all rolled up into one. Furthermore, he was derogatorily and inaccurately branded as a Muslim, slandering an entire religious community as an epithet of evil and misrepresenting his own religious beliefs.

A flawed man with whom I have disagreed with on many things he most certainly is, but he is also my brother in Christ, and my brother in humanity, who, in many ways, has tried to lead the country through a difficult time in the best way I believe he knew how. He demonstrated a dedication to his family and the institutions of his country and revealed himself to be a person capable of demonstrating both dignity and empathy. As our head of state, for all eight years of his presidency, I have never forgotten to pray for him by name. And I don’t believe I shall ever stop now, as a human being to whom I have been connected through prayer, for better or for worse, for all these years.

But for some, I wonder if their “prayers” for him were not so much for the man, but for his downfall. By this, I do not just mean the defeat of his chosen agendas, but of the person himself. Sometimes I fear we have allowed our “cause” to blind us to our cause. We have let ourselves hate in a “safe space” and become melting snowflakes in the face of the unknown. We get hung up on language. “Allah” and “Salaam” and a million other words in languages. We dare not think that *those* people could possibly be like us, and in doing so, we also shut off any meaningful discussion in the areas where our differences are rooted. We can come to no terms; we can understand nothing.

If we give into this, in any way, shape, or form, aren’t we doing exactly what we in the pro-life movement are pointing the finger at? Dehumanization? This, I believe, is the root of all evil. And yes, we all have evil like a worm in our hearts, and God knows that when we cannot find God in others, then that is the truest fall of grace. If we dare not try and reach beyond our comforts, if we dare judge people without taking the effort to understand them, and sacrifice them and their rights to the tigress that is political sport, then we have indeed become a society of darkness.

Hence, as we Catholics prepare to engage in the Lenten season of penitence, cleansing, and reflection, I want to also cry out in the wilderness. It is time to resist. And when I say resist, I mean resist the darkness, the dehumanizing urges that steal away our proper sight. I mean resist the subtle seething of my own soul. This Lent, I want to give up those walls that bar me from my God and from my neighbor, no matter what my neighbor’s skin color or religious belief or lifestyle choice or story of origin. I want to give up anything that hinders me from loving unconditionally, in truth and charity. I want to give up myself for the sake of the other, and in doing so, realize that we really are all one.