Is There Value In Distracted Praying? Are We Ever Not Distracted? 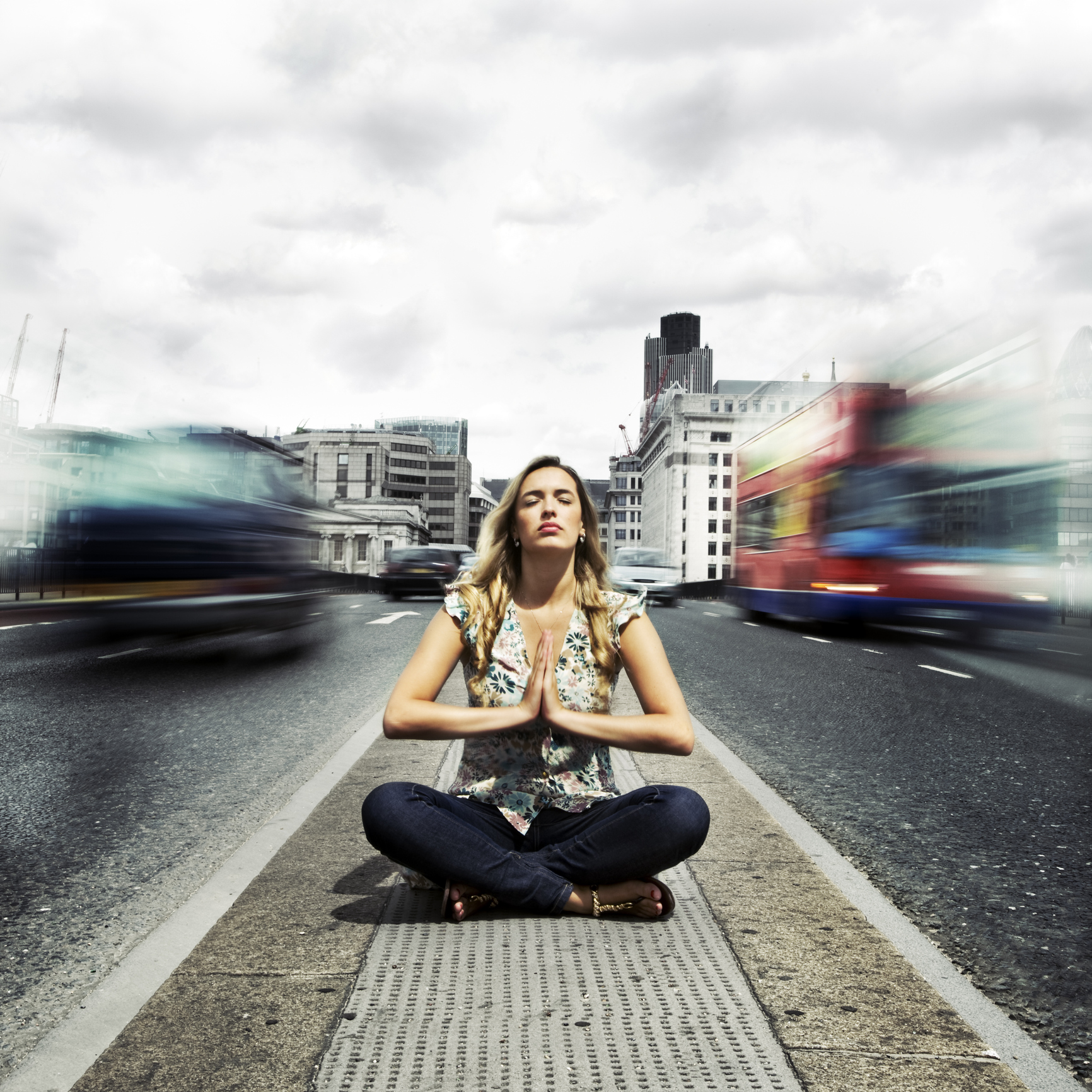 One day, as I was reciting my morning prayers, my then-three-year-old came over and reached for me to pick her up. After holding her for a few minutes, peppering my prayers with gestures in response to her questions (a heroic but futile effort to avoid interrupting the central Jewish prayer I was reciting), I tried putting her down. She was amenable – except that her hand was somehow caught in a loop from my sweater. I stayed bent over while she and her brother tried to extract her, “ahem”ing for my husband to come help, until she was finally freed and I could attempt to return my focus, such as it ever is, to God.

Some would argue that if these are the circumstances under which I pray, it would be better not to pray.

This incident was just one among countless challenges I’ve faced as I try to balance the responsibilities of parenthood with the requirements – including daily prayer – of Jewish observance. The conflict came to mind jarringly when I happened to read a passage in Maimonides’ code of Jewish law that similarly weighs the obligation of prayer against the distractions of life:

Any prayer without kavana (focus) is not [valid] prayer. One who prays without kavana must repeat the prayer with kavana. One who finds his mind confused and his heart distracted, it is forbidden for him to pray until his mind is settled. … What is kavana? That one clears his heart from all thoughts and sees himself as if he is standing in God’s presence. … An intoxicated person should not pray, because he has no kavana; if he does pray, his prayer is an abomination.

“Until his mind is settled”? What would that be like? How could I possibly clear my heart from all thoughts, and focus solely on the fact that I’m standing before God, when I might have a small child clinging to me – and if I don’t, I might start worrying about where she is and what she’s up to?

“An intoxicated person should not pray,” and how many times have I heard that the sleep deprivation common to parents of young children is basically like being drunk? This must be why many of even the most devotedly observant mothers simply don’t say regular prayers, or do so minimally.

Somehow, reading that condemnation of distracted prayer reminded me of today’s warnings against distracted driving.

Don’t get me wrong; of course distracted driving is dangerous, and of course we shouldn’t be texting while driving, for instance. It’s kind of bizarre that that even has to be said.

But the phrase “distracting driving” always bothered me, because texting aside, I can’t remember the last time I wasn’t distracted while doing anything. I can leave my phone in my purse, sure. But I’m still thinking of all the things I need to do and worrying about the things I can’t. As long as technology has not figured out a way to leave certain parts of my brain in my purse while using those parts necessary for driving – I’m going to be driving distracted, to some degree.

In my case, the distractions largely relate to family. I have often thought that, along with outlawing talking or texting while driving, perhaps we should also outlaw driving with kids in the car. I am blessed with four, whose favorite pastimes in and out of the car include all talking to me at once – then arguing over who interrupted whom – and asking for snacks and tissues and trying to pass their garbage up to me. Driving with them is never a distractionless experience.

In fact, maybe we should outlaw driving while being a parent, even if the kids aren’t in the car – because they’re always on our minds, right?

And of course, though many of my own distractions center around my family (especially, but not only, when they’re present), parents do not have a monopoly on Things on Our Minds. Maybe we should just take the plunge and outlaw driving while having any responsibilities or relationships at all, because they give us so much to think about when we need to focus on the road.

There’s a solution for global warming right there; no more cars!

Except we’d still have problems with distracted bike-riding, and even distracted walking.

Maybe we should require an hour’s meditation before ever getting on the road, to clear our minds of all those other thoughts so we can focus purely on the literal and figurative weight of manipulating thousands of pounds of metal around others doing the same. Maimonides tells us that ancient pious individuals would do exactly that before prayer, to focus their minds; maybe that should be the standard before taking the risk of driving a car.

But we don’t, because we can’t. Of course we should outlaw texting while driving, and of course we have to manage whatever distractions are in our minds or in our carseats – because despite global warming, we haven’t yet figured out how to live our lives without driving, and we can’t leave the kids or the thoughts at home. And of course we can’t add an extra hour to the schedule to get in the mindset before ever getting behind the wheel; after all, that would only add further stress and distraction, as we lose an hour from getting things done!

Instead, we have to draw lines, and find a balance between caution and necessity.

Ultimately, we do that in the realm of prayer, too. Because while many choose to simply not daven, or daven minimally, because of distractions from children or even other issues – it’s hard to accept that as a tenable way of life, at least for the long term. So instead, we look for a balance.

Though Maimonides calls for repetition in the case of distracted prayer, there is actually a lot of discussion in Jewish tradition regarding how much of one’s prayer must be with kavana in order to not have to repeat it all – because kavana throughout has always been a challenge.

Some scholars assert that “today, we don’t repeat because of a lack in kavana – for even when repeating, it is likely that one will not have kavana; if so, why repeat?” (Rabbi Jacob ben Asher, 1269-1343).

I find that line very reassuring. It tells me that my tendency to be distracted is normal; it was so in the 14th century and it is no less so in our modern world. And it tells me that there is value in my desire to pray anyway, despite the likelihood that I will not master true kavana no matter how many times I try.

I can’t give up driving, even if it’s a challenge to stay focused, and neither can I give up praying. As my car connects me to all different places, my prayer – whether or not I feel it as deeply as I might wish – is my connection to a different realm, a regular opportunity to check in with the One who gave me this life with all these distractions.

In fact, maybe that’s why I pray.

I do my best to turn those distractions into focus: to remind myself that this little girl, with the little hand caught in that little thread, is one of the many blessings for which I’m thanking God, as well as one of the many reasons I need to stay focused and safe on the road.