Is It Wrong To Enjoy Your Wealth While Others Are Suffering? 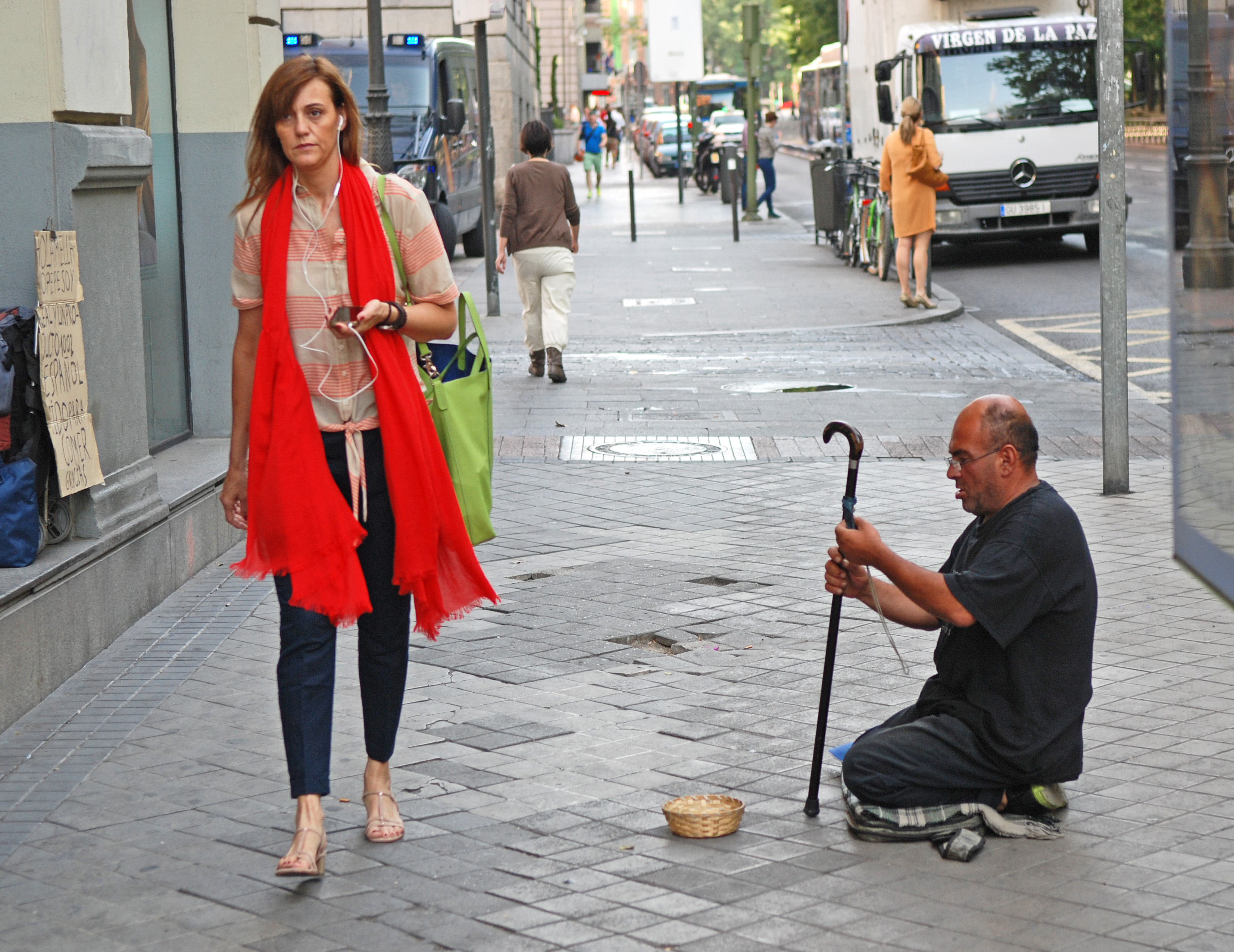 When Jacob saw that there were food rations to be had in Egypt, he said to his sons, “Why do you keep looking at one another?”

I am of opinion that the real meaning of “Why do you keep looking at on another?” is: “Why should everyone gaze at you and wonder at you because you do not search for food before what you have in your possession comes to an end?”

Every so often, my grandmother would complain of pain in her shoulder. Once–by that time, I was in college–my grandfather listened to her kvetch, then replied, “Maybe you should have ducked when they threw the potato at you.”

“What?” I had no idea what Grandpa was talking about.

“During the Depression, my brother, Phil, bought a beautiful new convertible,” Grandma explained. “He was so excited when he picked it up that he picked LeEtta (their sister) and me up, and then we swung by Daddy’s office to pick up Sterling (the other brother).”

I pictured my grandmother, raven-haired at 17 years old; her sister, 15 or 16, with a friendly smile; and 19-year-old Phil with the dark movie-star looks.

“Phil parked the car and went up to fetch Sterling, leaving LeEtta and me to wait. While he was gone, some passersby noticed Phil’s shiny new car. When they closed in on us, LeEtta and I thought they were coming to admire the car, but the next thing I knew, one of them threw a raw potato.”

Grandma adjusted herself in her chair, then added, “It hit me in the shoulder, and my should has hurt on and off ever since.”

I found the image of potatoes hurtling through the air was both absurd and frightening. “What kind of monster throws potatoes at young women sitting in a car–young women who are minding their own business?”

Shrugging, Grandma said, “He was poor.”

When my class studied the Great Depression in fifth grade, the teacher required us to interview at least one person who had lived through it. When I interviewed Grandpa, he told me about sharing a bed with his siblings in a tiny apartment and having to work instead of remaining in college. On the other hand, Grandma said that the most suffering she experienced during the Depression was eating tuna, eggs, or peanut butter for dinner on weeknights instead of chicken or beef.

As I got older, I started to realize just how exceptional Grandma’s experience of the 1930s was. In school, we looked at Dorothea Lange photos of care-worn faces and loafers and people struggling to hold on. But leafing through family albums, I spotted my grandmother in photo after photo wearing glamorous clothing. She told stories of visiting the theater, going dancing.

While most of America suffered from hunger, unemployment, insecure housing, and delayed all unnecessary purchases, my grandmother’s family was thriving.

I don’t judge Grandma’s family for enjoying their wealth. Unlike Robin Hood, I don’t believe that we should steal from the rich to give to the poor; nor am I a Communist. And my great-grandparents did use their money for many good things; for example, they often took in relatives who were worse off financially.

I’m not in a position to buy a brand-new convertible. In fact, living in a tiny, rent-controlled apartment smooshed between Beverly Hills and Beverlywood, I am often the one looking at the neighbors’ new cars with a touch of envy.

But there are other kinds of treasure which I do own–everybody has something that someone else can envy. Should I flaunt my marriage in front of singles? Should I casually talk about my children’s academic successes in front of people with children who struggle to read? What about the privilege I enjoy walking around the United States as a white person?

The Gemara (Ta’anit 10b) explains that if we travel to a city in which a fast has been declared, because of a communal tragedy, we are not allowed to eat, even if tragedy has not hit our hometown. Other people’s suffering is supposed to hurt us. It’s easy to grow callous inside our bubbles and ignore everything outside them. But if we get too callous, remaining willfully oblivious to those who don’t enjoy the benefits we do, someone–hopefully not with a raw potato–might show up to protest.

I never got to ask Uncle Phil how he felt when he got back to the car and discovered that his beloved little sister had been injured. Did he feel responsible? Did he regret his purchase?

Over the decades, he built a fortune worth many millions. He donated large amounts of it to charity. Despite his wealth, he tended to spend it without flash. And I wonder if the memory of his sister, crying out in pain, figured into these decisions.