Can Complainers Be Cured? 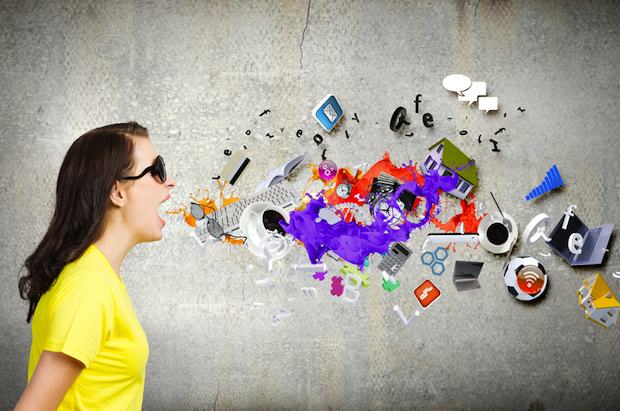 About ten years ago I was in a taxi with Elliot, the calmest of my five younger brothers. Traffic was at a standstill, and I was complaining about how late I was going to be for a meeting, and how impossible it was to get around in New York City.

Elliot turned to me, and said something that’s become one of the most usable pieces of wisdom I’ve ever received: “Relax. It doesn’t pay to complain about what you can’t control.”

Complaining without doing anything is often a security blanket used to avoid taking a risk to change things.

Complaining comes naturally to us; during an average conversation, it’s been estimated that people lob complaints at each other about once a minute. How often do we respond to someone who asks how are we doing, “Can’t complain,” but then go on to gripe about working too hard, or some annoying thing a friend did, or some plan that didn’t work out, or a family squabble, or a bad night’s sleep, or yet another outrageous politician. Or simply the general state of the world.

Studies show that complaining is one of those activities that comes with a cost. While initially satisfying, complaining often becomes a source of negativity not only for us but also for those around us. When we complain, our brains release stress hormones that harm neural connections in areas used for problem-solving and other cognitive functions. This even happens when we listen to someone else relay their woes, i.e., secondhand complaining. Apparently complaining is not a victimless crime.

Is there any value to complaining? It would seem so. Sometimes, we need to vent and all we’re seeking is some sympathy. And not voicing complaints doesn’t mean the dissatisfaction has gone away – and surely, bottling up our emotions has a cost, too.

Just the other day I was booked on a cross- country flight that was delayed for five hours due to weather. I found that complaining with fellow passengers was a wonderful bonding experience; it not only created solidarity, but was also an easy way to start a conversation with a stranger and make friends. Nothing unites people more strongly than a common dislike or a shared negative experience.

Obviously, we want to be less negative as we go through our day. But perhaps there’s a distinction to be made between good complaining and bad complaining. Maybe we need to become Conscious Complainers. Here are a few things I try to do, to be a more mindful complainer:

2. Take note of how often you’re complaining. Not to mention what you complain about, and to whom. Purposeful complaining means you become aware of what you hope to achieve by complaining: Evoke sympathy? Blow off steam? Resolve a problem? Chronic complaining is the opposite of conscious complaining, and it can often be a way to avoid dealing with a situation.

3. Turn complaints into solutions. Make complaining an invitation to be effective. Do something about your complaints. Complaining without doing anything is often a security blanket used to avoid the discomfort or even pain that comes with taking a risk to change things. But this sort of complaining only makes you feel victimized and powerless. Saying directly to a colleague that you’d appreciate if he could be on time for meetings is a way to fix a problem. Complaining about the person to everyone around you is not. Complaining to friends about being dissatisfied with a purchase is far less productive than complaining to the company or store. Volunteering time, wisdom or money to solve a social problem is far more empowering than complaining about the news.

4. Add a positive to your complaint. Sometimes you really aren’t in a position to change things, but you can subtly shift your complaint. When you find yourself complaining, add something positive. For example: “I hate commuting to work but I’m thankful have a job.” Another: “I can’t stand our politicians but I am grateful to live in this country.”

As negative as complaining can be, I don’t want a complaint-free world. Honestly, I like indulging in the occasional moaning and groaning about life. But we can become more mindful, self-aware complainers. We can make our complaints a source of wisdom transforming our whining into Sacred Grumbling.