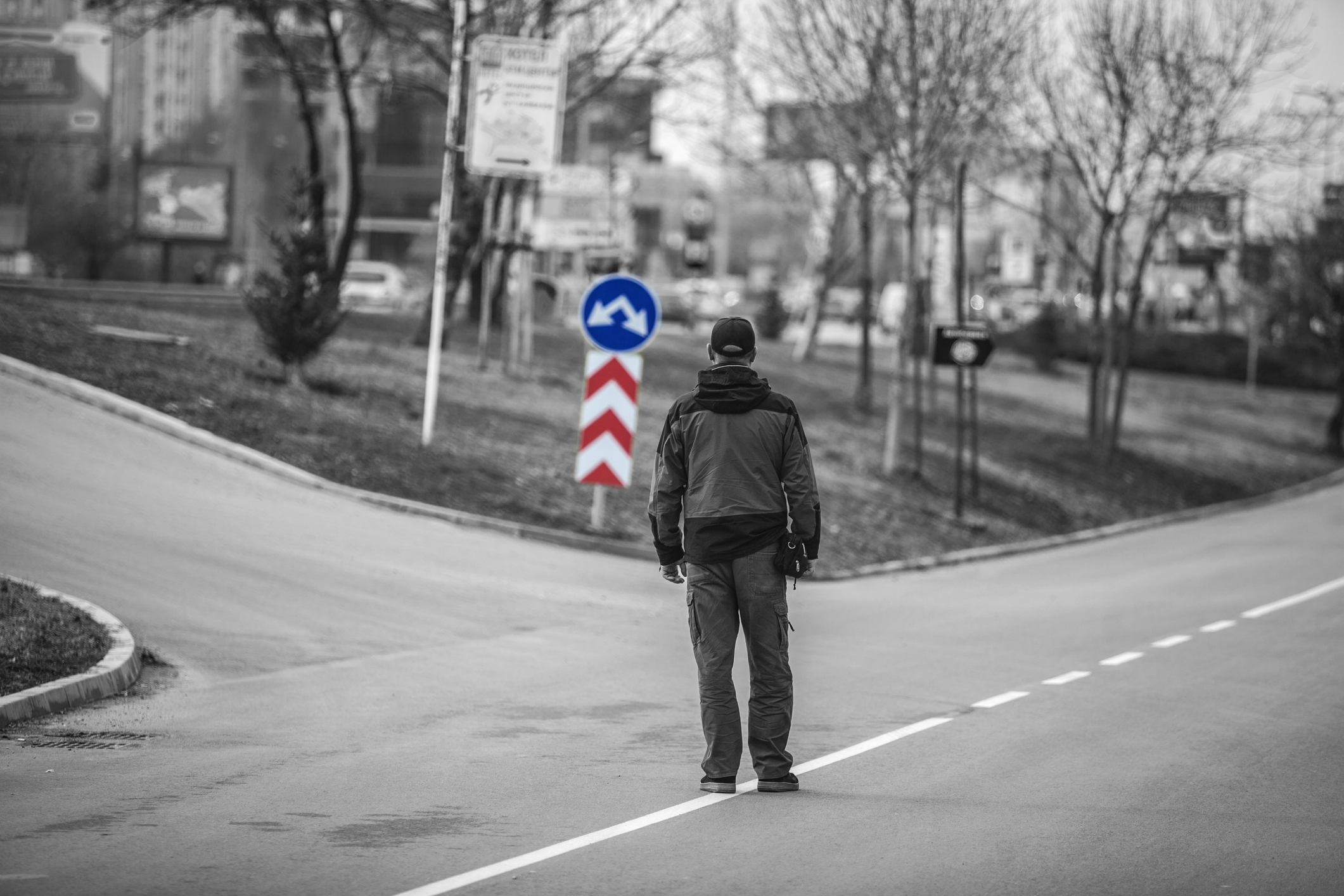 The first charge of the Torah which God speaks to Sarah and Abraham, “Go and leave behind your land, your birthplace, your father’s house, to a land that I will show you” is the archetype for the beginning of all spiritual journeys. The physical body understands change most explicitly through changes in setting. Change is apparent to the skin and the eyes when we leave familiar rooms and places behind. Thus, the command of spiritual growth is given over through the metaphor of “leaving behind.” But inner change, the reconstitution of the chambers of the heart and mind, is a far more subtle game. The sages read it like this, to leave behind, you must “go and leave into yourself.”

From where and how does the impetus for transformation arrive? The tradition sees the forbears amidst images of destruction. In one tale, Abraham’s father, a merchant of idols, charges his young son with keeping the shop while he is away on business. When he returns, the father finds his shop utterly ruined, the floor covered in the shattered pieces of all of his precious idols save the largest. Abraham had smashed them all except one, and left his wrecking stick in that idol’s arms. When the father confronts the son, he simply gestures at the lone idol, “he did it.” In another parable, the boy wanders the desert and comes upon a castle burning in flames. Where is the keeper of this castle, the boy wonders. And as if summoned by his wonder, the keeper of the castle emerges to instruct the child. Though the castle may appear ruined, there is a hidden order that emerges when we seek it out.

In both stories, the destruction of the old is a precondition for the residence of the new. And it’s of course easier to leave behind a home that’s been destroyed by whirlwinds, than one whose roof continues to serve, even imperfectly. For the attachment to the familiar runs deep, and the fear of the unknown is profound. Most of us will continue to live in leaky huts long after we should have initiated their demolition.

As being of both flesh and spirit, the dual metaphor is necessary. Flesh leaves, structures of spirit decompose and regenerate. Caught somewhere between metaphors of departure and destruction, the Zohar intrudes:

Go — for the sake of your self-repair. From your land — from the side of the community that you believe with your mind you were born into. From your birth place — from that narrative of yours. From your father’s house — that you might look at their roots. To the land that I will show you — there what you seek will be revealed.

The spiritual journey is a continual expansion of our capacity to be vessels for god’s indwelling. And spirit lives in the stories we tell ourselves. The degree to which we can become vessels for divine presence is measured in the plasticity of those inner sanctums. Leave your birthplace. That is, are you ready to leave behind the stories you’ve told yourself since birth, which have been at once the foundations of your home and the circumscriptions of your sanctuary?

Is America ready to leave behind her stories? The story that all men are created equal? The story of the land of opportunity? The story of separation of church and state? Stories of individualism, materialism, and capitalism?

The house is clearly crumbling. And the mind of America is playing out a national tug-of-war — between the yearning to cling to that which has been foundational, and the yearning to leave behind, initiate the destruction of the old, in search of the land that I will show you.