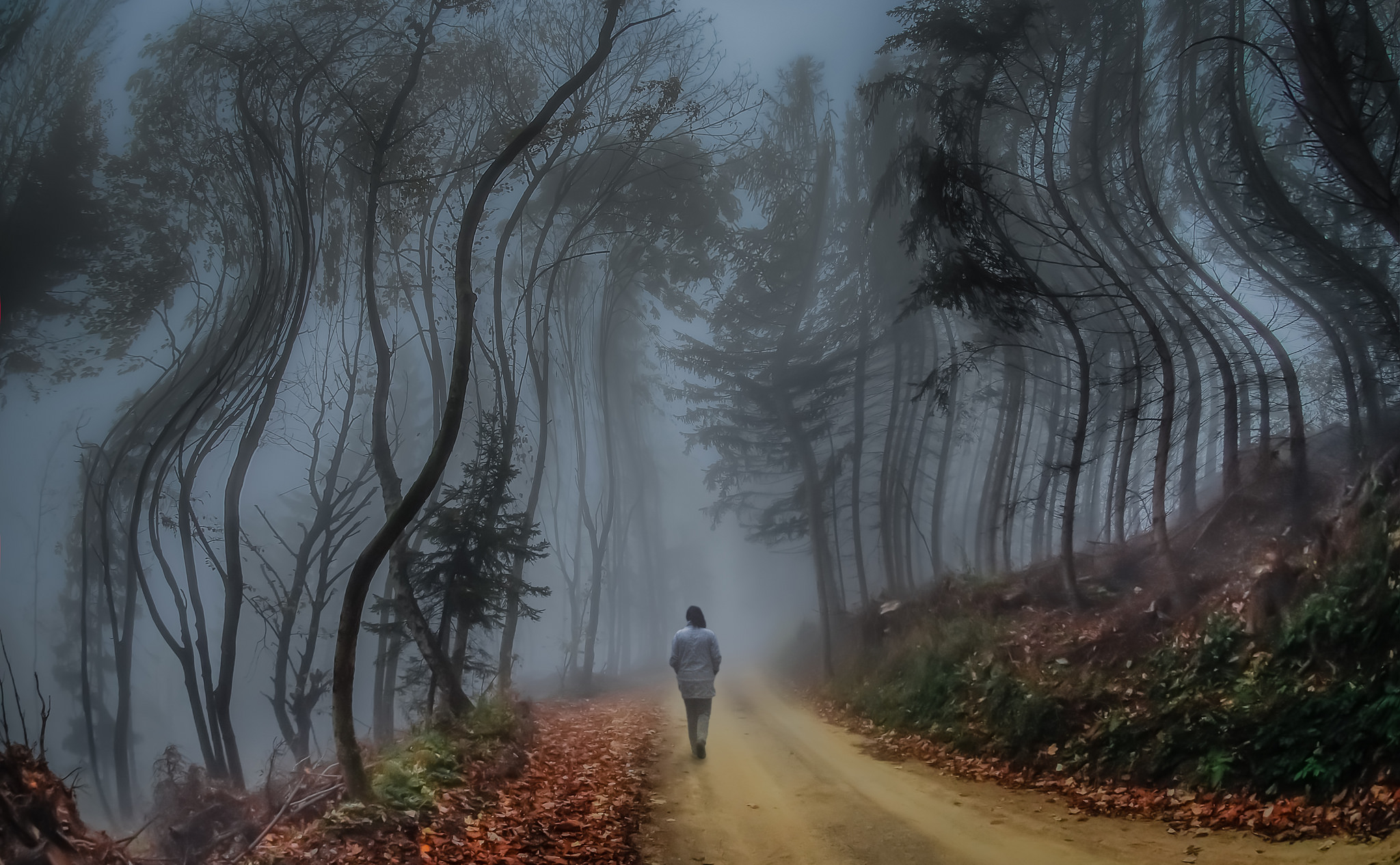 Due to the nature of this piece, it seems inappropriate to offer any sort of introduction – and here’s why. Here, we will discuss the impromptu experience of transitioning between worlds, in concordance with Irish Folk belief. Hey, weren’t expecting that one, were you? Neither was I.

In the context of Irish literature, the reader may find herself caught in the funky twists and turns of its stories, mainly due to the fluidity of their nature. At the entrance of each tale, content clues and road maps are sold for twenty five cents each; but without our handy footnotes, it’s only too easy to get lost in the world of the fantastical. Between the hags that transform into gorgeous queens, and the thick, earthy bogs that preserve butter for centuries on end, this transient apparatus uses the mystical to both guide the reader, all the while throwing her around. So what’s the point? By analyzing these magical motifs, we may come to accept the uncertainty of the world around us, and just how mundane the mystical can truly be.  Perhaps it is necessary to understand how crucial it is to be able to pick the two apart.

Seamus Heaney’s haunting poem, BogLand tells the story of a dark and buttery bog, one known to be far more symbolic than it may seem. “Melting and opening underfoot… The wet center is bottomless” (Heaney). Yes, we may be able to understand the concept of an earthy preservative, one that can hold human corpses and skeletons alike, however it is imperative to understand the weight of the bog, and the narrative it carries in its mucky body. The bog acts as a physical motif which characterizes this concept of “existing in between worlds.” Not quite solid, not quite liquid, the bog itself is a living metaphor. The natural earth of the Irish tradition is one of uncertainty, physically hanging between two lands – the mystical and the physical, the spiritual and the earthly. It is widely believed that the bodies preserved in the bog belonged to sacrificed human beings, if not to those of great importance. The significance lies in the placement of these bodies – physically trapped in an unearthly substance which lacks a true identity- forever shimmering between two worlds. One may argue that this rings true for any spiritual, human being – let’s continue.

Travel with caution, for if you don’t, you may step on the “Stray sod,” another mystical aspect of Irish folk belief, and a further representation of other worldliness. “Stray sod” theoretically looks like a clump of grass, slightly greener than its surrounding neighbors. The legend holds that when one steps on it, one becomes disoriented and lost. This concept appears in many traditional Irish tales, including The Adventures of the Sons of Eochaid Mugmedon, which deals with traditional Celtic ideas such as inheritance and brotherhood. The text proclaims, “Then the boys went and hunted. They went far astray after that, after it closed up around them on every side.”  To the misguided reader, or traveler, it is all too easy to get lost in this confusing attempt of a transitional sentence. However from this point on, the story compels the reader to believe that it has transitioned to the other world, as the reader must assume that the characters have stepped upon the notorious “Stray sod,” thus activating a fairy enchantment which renders one’s way home magically inaccessible.

Not long after this moment, the boys stumble upon a viciously ugly woman, guarding the well in which the boys wish to drink from. Of course this woman is no typical vision of horror, this woman is a hag; a transient female being with the ability to switch from wretchedly hideous, to a type of stunning that transgresses any earthly level of beauty. Of course, the tale gives no further acknowledgement that it has crossed the boarders of the mundane, elevating, or perhaps descending into the unknown. Evidently, this hints to the reader that these two worlds do not appear to be overtly different. The other world seems to look just like this one, the difference existing in the ambiguity. The text refuses to say straight out that the tables have turned. Rather, it insists on allowing the reader to believe that the mystical and the mundane coexist. In fact, they must.

These statements are jarring and disturbing, evoking questions upon questions. What are these two worlds? What do they mean? And isn’t this just fiction and fantasy, how can we possibly make this strange and abstract concept relevant and useful? These flickering glimpses of the “other” world provide a sense of wisdom, perhaps beyond even the author’s intentions. What is a transition other than a misty and sudden change of scenery? We often find ourselves going back and forth, questioning reality and what reality means to us. And if we’re not, we should be. When lost in the tangled forest of an Irish folk tale, one must be on the look-out for the mystical and the skewed. One must constantly be sifting through and deciphering between what is real and what is not.

The human mind is remarkably complicated. Our imaginations are bottomless pits, our eyes, constantly seeing and absorbing. Our lives require us to filter between the imaginary and the real; the mystical, and the physical; the stray sod, and the earthly moss. We are required to keep our ears up and our highlighters inky. We must follow the content clues and the road maps, we must categorize. For the mundane and the mystical are much closer than we may believe them to be, they may be even closer than one world apart.