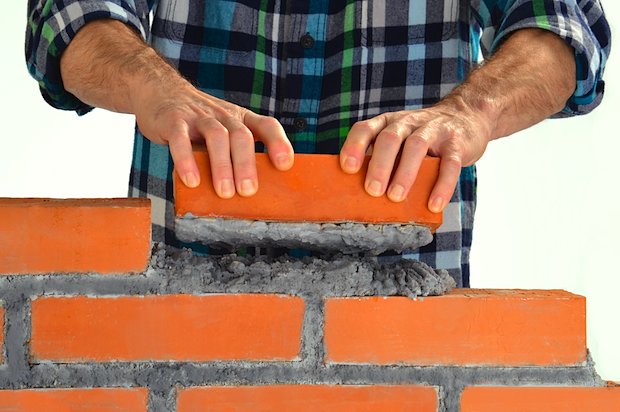 Today, although I’m writing about Republican presidential candidate Scott Walker, and indeed I’m writing about border security, this post is not about politics. It’s about how our search for most any kind of security – be it national, cultural or personal – can actually make us increasingly insecure.

Over the weekend, Walker spoke about citizens having “legitimate concerns” about security along the U.S. border with Canada; he called the idea of building a fence along our northern border (along with the wall he supports building across our border with Mexico) “something to look at.” He also defended the claim that terrorists use the same routes across the Mexican border as drug cartels do.

All of this is very interesting, except that the Wisconsin governor failed to cite evidence for the credibility of those claims. And as far as I know, precious little evidence, if any at all, exists to support them. So, what’s going on here?

The goal of creating meaningful boundaries is to become sufficiently secure so that we can reach across them as necessary – not simply guard them fanatically.

We could simply dismiss Walker as a xenophobic kook, but that would be a bad idea – if for no other reason than to do so is also to dismiss millions of Americans who believe this stuff (and who support certain candidates precisely because they support these positions).

Instead of dismissing that with which we disagree, I want to suggest we take the emotions that animate these views – very seriously. Here’s why:

In a world that feels increasingly insecure, the issue of border security is real and important. That’s the partial truth Walker supporters have tapped into, and we ignore that insight at our peril.

Furthermore, behind the impulse to build more and more walls lie emotions that touch all of our lives at one point or another, regardless of our politics. It’s the impulse that tells us we can keep things going on the inside if we just keep everything on the outside safely at a distance. Would that it were that simple.

And I’m not just talking about Canada or Mexico.

We all build various walls in our lives, many of them probably necessary in one way or another. We maintain separations and keep certain issues or people at bay, so that we can manage the rest of our lives. And whether those walls are physical or emotional, they may really play a role in keeping us safe.

Not all concerns about securing borders – whether in personal relationships, between nations or most any other situation – are a function of insecure paranoia. In fact, meaningful borders are a part of any healthy relationship. But when the safety and well-being of that relationship is purely a function of who we keep out, the walls become less fortress and more prison, keeping us locked up just as much as securing us from whatever they were meant to keep out.

In fact, in the best of all worlds, borders are defined and walls are built when necessary, with two important caveats: First, the goal of creating meaningful boundaries is to help us become sufficiently secure so that we can reach across them as necessary – not simply guard them fanatically. And second, the more walls we build, the more windows and doors we need to install. Because it’s those windows and doors, opened regularly, that keep us from being imprisoned by our own quest for safety and security.