I Watched My Dreams Die When I Got Sick. And Then I Made New Ones. 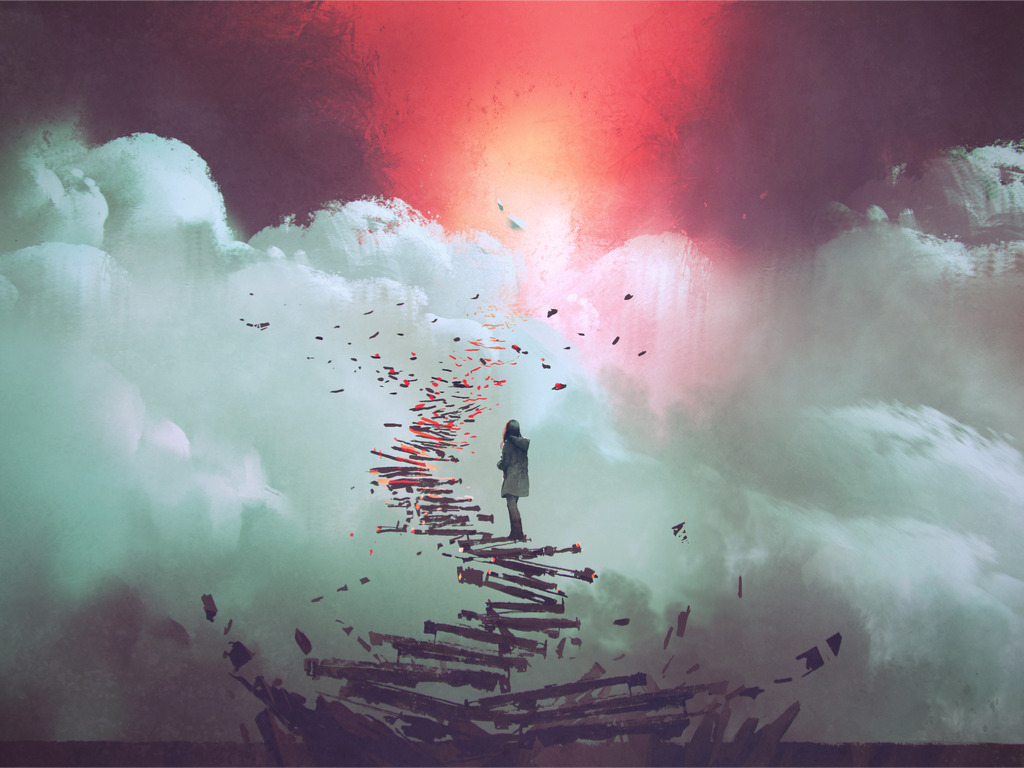 I recently came across a five-year-plan I had written three years ago. If this sounds like the beginning of a joke, it kind of is: I had forgotten it even existed. As I was reviewing the detailed description for each of the years, I mentally checked off the things that haven’t happened (which far outweighed those that have).

The final two years of the plan–i.e., the one we’re in now and the one that lies ahead–will look nothing like those I put on paper. I can write that without regret, thank God; I wouldn’t want those plans in place today, even if they were still possible. I want the life I have now and the hopes and dreams I hold in my heart at this moment.

But that change didn’t come about easily. My carefully cultivated dreams and the sacrifices my husband and I made to bring them to life all came to naught when I got sick a few years ago. We changed our plans because we had no other choice. And there’s nothing nice or funny about that.

I expect most people who watch their dreams die feel the same way.

Making sense of those days, I draw instinctively on the writings of Elisabeth Kubler-Ross, who identified the five stages of grief in her classic On Death and Dying. In her extensive research she identified denial, anger, bargaining, depression, and acceptance as the path humans must take as they reckon with loss.

I’ve lost several family members to death, so I know there are significant, not-to-be-minimized differences between the loss of a loved one and the loss of a hoped-for future. But I think it’s helpful for both dream mourners and those around them to recognize that the loss–different as it may be–is still real. That mourning a dead dream is, like other griefs, something that can’t be bypassed or held to an artificially constructed timeline.

In my own faith family, there is a tendency to try to hammer out the answer to “what good will come out of this?” in times of loss–often before it’s helpful or even possible to do so. At my own father’s funeral, the presiding minister gave an interpretation as to the larger, divine purpose of my father’s death–and since Dad was 47 when he died, his theory met with emotionally violent opposition from me and my siblings.

This time around, I had no desire to find The Purpose for my sickness. In fact, I told a friend–one who does not share my faith–that I’d already declared to God that whatever He had to teach me wasn’t worth what I was experiencing. (See also Anger, Grief Stage 2).  Instead, I devoted every ounce of myself to getting better so that we could get back to our regularly scheduled program through running, taking my medication, and following the recommendations of my healthcare providers as diligently as possible. (See also Bargaining, Grief Stage 3).

And still, I didn’t get better–not quickly enough, anyhow. As months past, it became clear that those plans which rested on my health and well-being must be slowly, but firmly, laid to rest. Phone calls were made. Offers were withdrawn. Doing so was very hard but, as I had to remind myself often, you can’t fuss about missing a marathon if you’re still not able to walk.

A wise companion came to me at this time in the form of a book by Father Henri Nouwen called The Inner Voice of Love. I had requested it from the library in the early stages of my illness, but it was checked out. Months went by. I had forgotten all about it, when I finally received the call that it was in. And that proved for the best, because Nouwen, who met his own life-altering illness, shared in this book wisdom that saw him through and, in turn, helped see me through my illness and the grief that followed.

“The more you open yourself to being healed, the more you will discover how deep your wounds are,” he wrote. “You will be tempted to become discouraged, because under every wound you uncover you will find others. Your search for healing will be a suffering search. Many tears still need to be shed. But do not be afraid. The simple fact that you are aware of your wounds show that you have sufficient strength to face them.” (Nouwen, 109.)

Reading this, along with some heart-to-hearts with my husband and therapist, helped me put my dreams and plans in their proper place–secondary to my own healing and well-being. We focused on getting me better. Then, and only then, was there space and time for new dreams and plans to emerge and be worth pursuing. This many years later, I’m happy to say, they have. The me who wrote that 5-year-plan would have been dismayed, but there it is.

At this moment, we have 545 fires burning where I live, in the province of British Columbia. Thousands of people are displaced. 400,000 hectares of land have burned. Meanwhile, we hear of fires all to the south of us and across the world. Maybe someday new, stronger forests will grow from the ashes of the ones that burn. But how can we think about those now? It is the fires of today we battle, the burned homes and still-evacuated communities we lament, the victims of the blazes we mourn.

Someday, a grove of saplings will likely emerge from the ashes, and of course we can and will give thanks. Just as some day we can, as I miraculously do now, give thanks when new dreams take their place over those we laid to rest. But we need not do violence to the present in order to stake claim to a brighter future. We are fearfully and wonderfully made–loss, grief and all.