A Spiritual Loss: A Rabbi’s Reflection On The Death Of Senator McCain 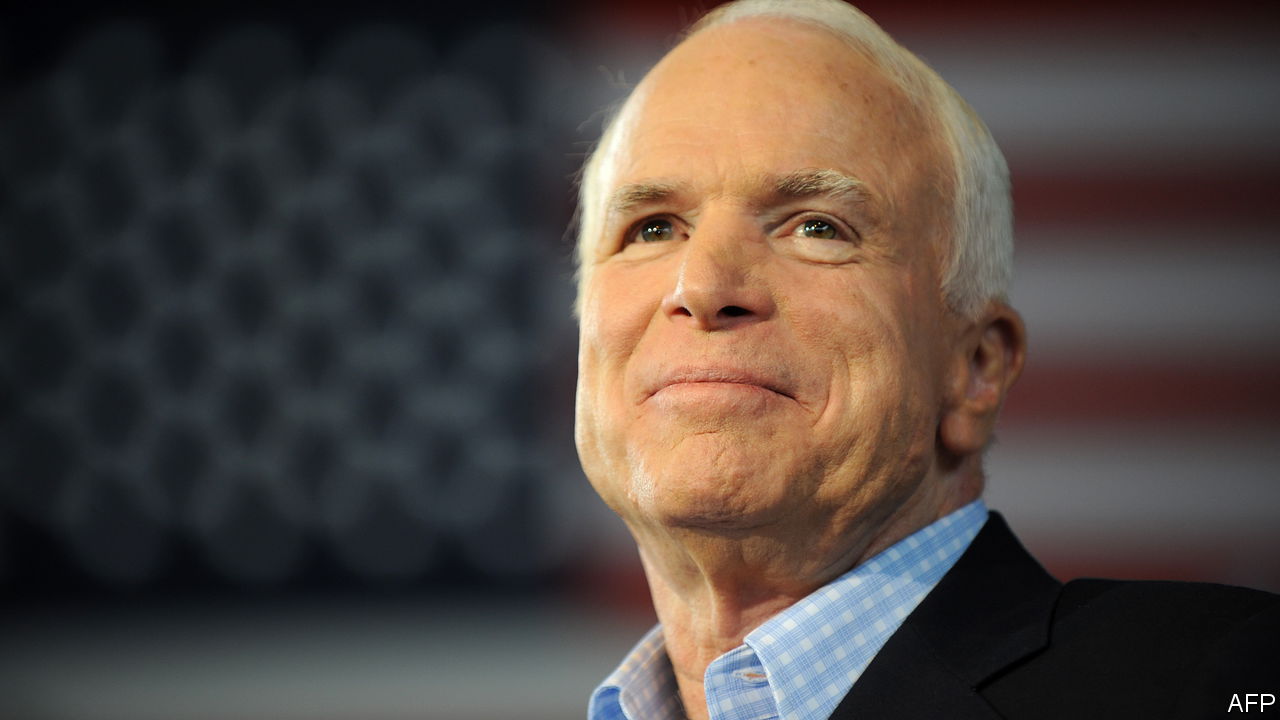 Like so many other Americans, I am deeply saddened by the loss of Senator John McCain.  I mourn the loss of a human being who gave so generously to our nation.  But, as much, I lament the loss of what he took with him to his grave… the symbol of the last vestiges of the possibility of compromise.  The seeming last breaths of seeing subtlety over surety; of understanding the dichotomy of truth.

There are many others more qualified than I, who can, have, and will write the senator’s obituary and evaluate his political arc.  But as a rabbi, I don’t just bemoan the loss of a particular and superlative political figure, but of the spirituality of what Senator McCain represented.

The Senator was the first to admit that he was imperfect.  Indeed, there was so much that he stood for with which I did not agree.  And, some of the mistakes he made, I believe, opened the door, ironically, to some of the worst of partisan atrocity we witness daily.   But, on balance, he acted in a manner that gave our nation promise of a better communal order; one that was wise and yes, spiritually resonate.

I don’t evaluate the “spiritual” about which I write because I know anything about McCain’s religious life.  I don’t know how often he went to church or prayed.  I don’t know how deep his belief was in God or if he believed in the notion of an afterlife.  Frankly, that is not my concern.  In fact, I don’t judge anybody on that account.

What I mean when I refer to the spirituality of the Senator’s life is about how he made us feel about our lives and the country in which we live.  McCain lived with a resilience to which all of us can aspire.  None of us should have to live what he lived through as a prisoner-of-war, but the model that he set is inspirational.  He had plenty of privilege for sure, but when faced with unfathomable odds, he never gave up.  In fact, he used the experience to both get ahead in life, and, more importantly, to believe that every day was an opportunity to live a more fulfilling existence.

I thought to myself this past weekend that, in some respects, he only got to live 76 of his 81 years on earth because he spent five of those years being tortured in the jail cell of an animal. But then, I realized that those five years allowed him to live the rest with a precious understanding of the gift of life that so many of us don’t allow ourselves to internalize.

What I mean when I refer to the spirituality of the Senator’s life is how he was able to laugh at the absurdities of it all.  As serious of a human being as he was, he knew that life was not to be taken so seriously.  He knew that humor was disarming and healing.  He knew that he was imperfect at best, and that falling was not a tragedy, but an opportunity to know and be better.

When he laughed at himself, he allowed us in to know a more vulnerable side.  It is reported that he had a bad temper, but also that he was forgiving of others and of himself.  After all, who will be eulogizing him at his funeral, but two men who beat him in presidential races and robbed him of the one dream he was not able to realize.  Those two rivals didn’t become enemies, they became friends with whom he laughed and shared and sparred.  All three of them, whether you agreed with them or not, believed and believe in service as a noble and higher calling.  Yes, they were all politically ambitious, but all of them dedicated to higher ideals than selfish narcissism.

And perhaps, most importantly, what I mean when I refer to the spirituality of the Senator’s life is how he almost always offered the potential for compromise.  Yes, he did so for political expediency and victory, but he did so, also, because he didn’t believe that he, or any one person owned the truth.  He believed that all voices should be heard.  He believed that perhaps others knew better than he did; that within a debate might arise a deeper understanding of what he thought was initially absolute.

He didn’t stake his existence on being correct, but on being in meaningful relationships that might give birth to a more profound understanding of community and self.  Just look at how many of his political adversaries are grieving his loss.  They are not wishing good riddance to their political enemy, but shedding tears because they lost a dear friend with whom they didn’t agree.  In my mind, he didn’t stand up enough times for the bipartisan cause, but he seemed to be the only one who did so consistently.  And now, with his burial, many of us fear that we won’t see a politician of subtlety and gradation any time soon.  His loss at this time, particularly, punctures a hole in our cosmic, communal ether.

John McCain, more than anything, wanted to be president.  And yet, in some respects, he is being mourned and remembered like any president would be… or more.  Perhaps, so many of us feel touched, precisely because he achieved what he did, without reaching the White House.  Maybe that would have made it too perfect.  Instead, he remained in the Chamber, where he gritted it out until the end… with humor, understanding the precious nature of life, imperfection, love, and a sense of knowing that it is only in relationship with others that we can mine down for the kind of truth that defines best the American way.

Rest in peace, Senator McCain.  You will be missed.