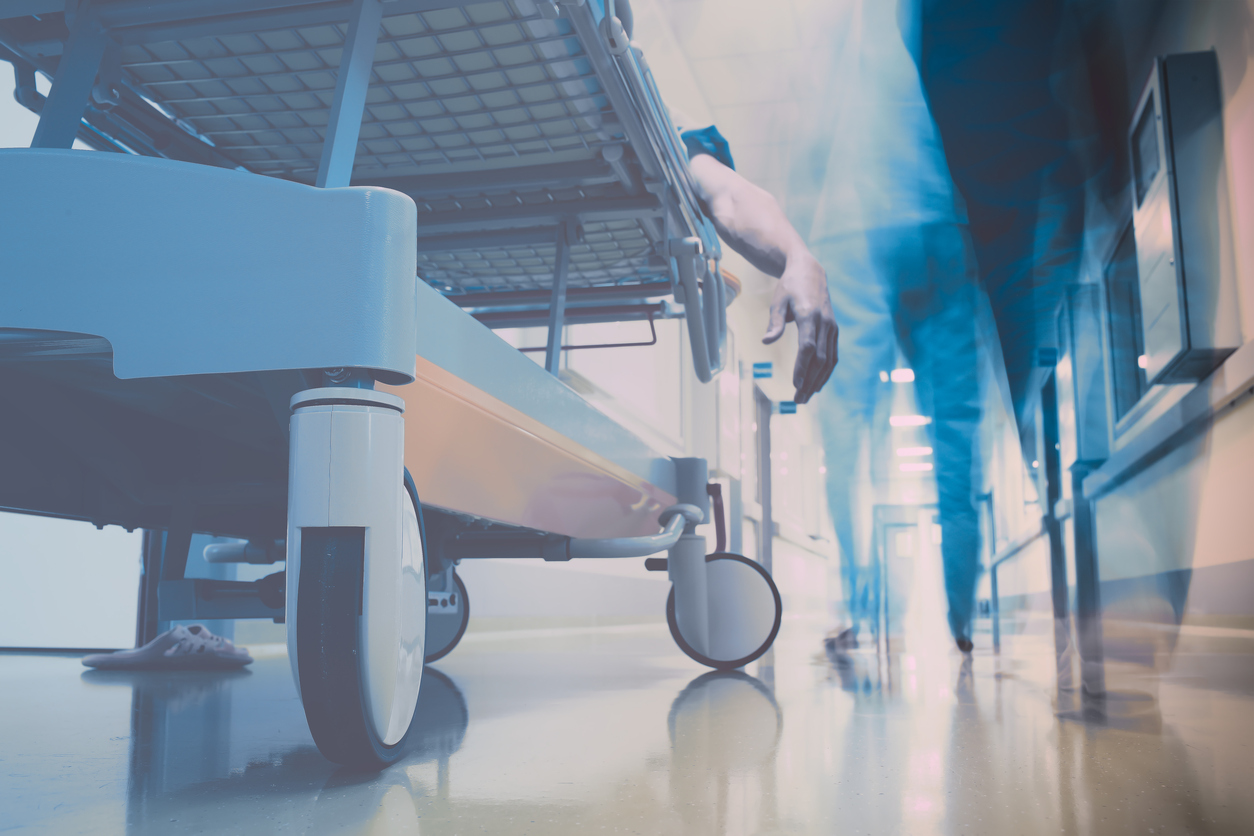 Recently my father was in a terrible bicycle accident.  He was hit by a van on the left side of his chest, caving in his ribcage, and sending him flying onto the pavement.  The accident occurred directly in front of an EMT station and the technicians responded in under a minute.  When they got to him, he was conscious enough to tell them that he was at risk for an aortic aneurism.  He knew this due to previous visits with his cardiologist.  The doctors had decided not to operate on it since it was under a “safe” size limit.

After he spoke to the EMTs, he fell unconscious, which is how he remained for the next few weeks.

My dad had a 1 in 10,000 chance of making it to the hospital alive.  He did.  His heart stopped in the ER for 5 full minutes.  The head ER doctor personally massaged my dad’s heart with his right hand to keep him alive.  Somehow the doctors were able to stabilize Dad enough to transfer him to a heart surgeon that specialized in repairing this kind of heart damage.  Amazingly, the surgeon was available to operate on Dad right away.

The surgeon repaired his aorta successfully.  Afterwards, Dad was transferred back to the trauma center where he received 2 massive blood transfusions and countless medicines to keep his body from lapsing too far into shock.

I had some reactions.  First, I thought maybe they’re not serious.  But the looks on their faces made it clear that they were. Then I had a moment where I felt condescending towards their offer of prayer.  Quickly my humility squashed that.  Then I was insulted.  Why would they assume I’m not an atheist?  Then I was left confused as to how to respond.

There are 2 ways to look at the events that got Dad through the aorta surgery.  Most Americans would likely say that clearly he had Divine assistance.  They would assume that it was no coincidence that he was hit in front of the EMT station, that he was injured mere minutes away from the nearest trauma center or that the best heart surgeon in Florida just happened to be available.  They’ll tell me this is clear evidence of magical assistance, probably angels.

My approach is different.  I believe that the most likely scenario is that Dad was having chest pain and knew there was an EMT station nearby.  Knowing that with an aortic aneurysm he had only minutes to get help, he rode to the EMT station.  He didn’t have the strength, or perhaps lost consciousness and veered into the road.  There he was struck by the van.

A cyclist hit by a motor vehicle is a common occurrence.  But, how do I explain the proximity of the trauma center or the availability of the heart surgeon?  I can’t.

What I can say is that just 10 years ago, if not for the progression of science, there’s no one on the planet who could have saved my dad.  My thanks go to the people and corporations who donate to charities that fund medical research, the government programs that fund medical research paid for by the people who pay taxes, and the professors at universities that teach doctors and nurses.  My thanks go to the people that directly and indirectly worked so hard to save my dad’s life.  To the people.

A person that feels loved will heal quicker and in more cases than a person who does not.  I don’t know why exactly, but study after study shows this to be true.  Studies also show that the effectiveness of placebos over the last several decades has increased.  I know these things to be true through scientific, peer reviewed research.  I also know that a traumatic situation like Dad’s accident can have negative physical and emotional consequences on those he loves – my family.  Therefore, I want my dad and my family to feel loved.  I tell them I love them, not just because they need to hear it, but because it’s true.  I tell them verbally and through my actions.

Although I don’t believe in the divine power of prayer, I came to realize that when people offered their prayers, they were also telling me they loved me and they loved Dad.  Their prayers are offered as a symbol of their love and hope for Dad’s recovery.  But instead of saying “I love you,” they were saying, “I’m praying for your dad.”  They were saying, “Let’s pray together for Dad.”  This realization broke me down to tears.

I also realized that the offer of prayer is not just a gift.  The giver of prayer feels the need to help and, in the absence of any physical way to contribute, they offer a spiritual gift of support.  For me to spurn this would be insensitive to the pain they’re feeling in empathy with me and my family.

We don’t have to agree on whether prayers are effective through Divine Intervention or whether they’re effective because humans heal better when they know they’re loved.  When I receive an offer of prayer as an extension of love and support, I understand now how to respond.  I no longer feel insulted or any desire to condescend.  I simply say thank you, but in my mind, I say I love you too.

Charles Casey is an electrical engineer, guitarist, songwriter and martial artist (karate and Brazilian Ju Jitsu). He grew up in Long Island, graduated from PSU and URI, and now lives in Bucks County, PA with his wife and 3 kids. He loves concerts and finding moments of passion and joy.