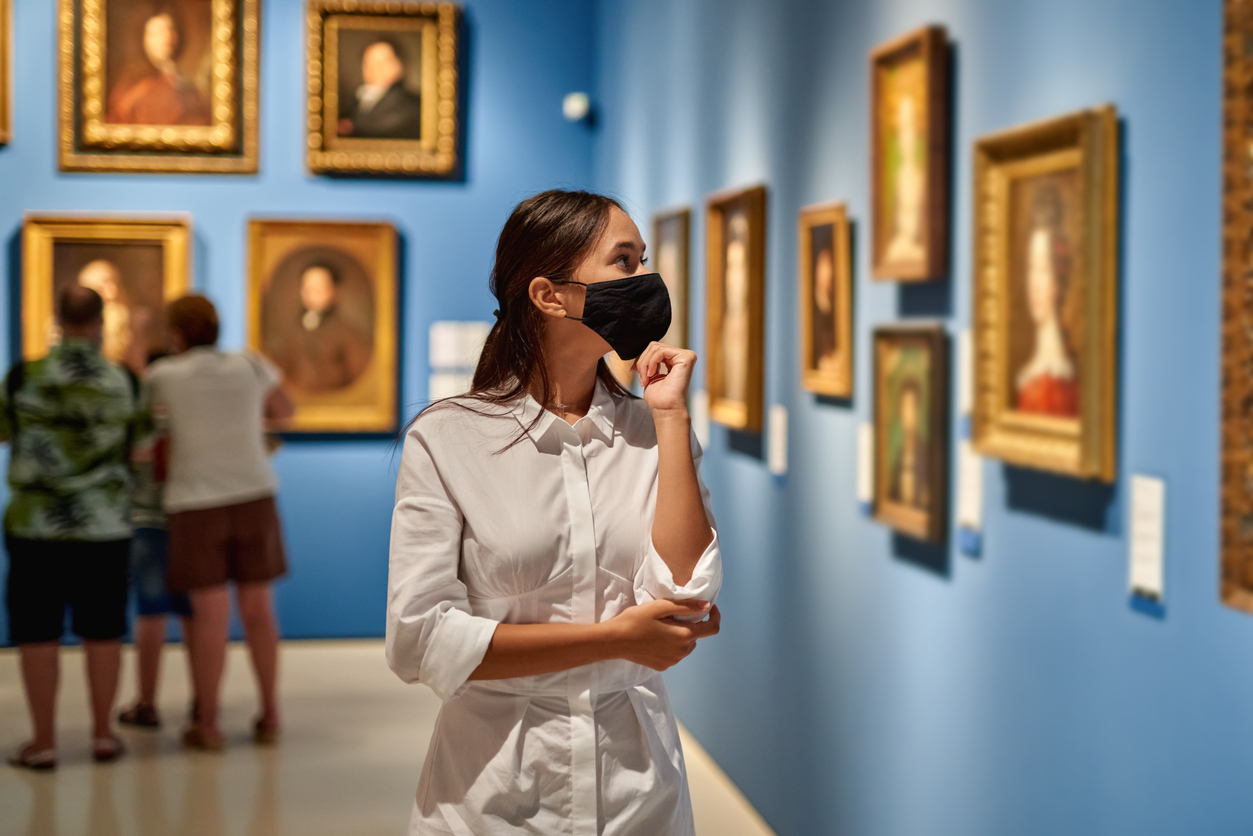 Visiting a museum should be an engaging and interesting activity; you get to see things such as artwork, historic artifacts, scientific experiments, intriguing items that have survived time and wear. Although not everyone loves the experience of shuffling through the galleries of a museum, most of us do enjoy certain museums or exhibitions, especially if the focus is on something we admire and appreciate. And when we travel, we usually seek out a few of the most famous museums of a locale or region.

During this time of social distancing and restricted travel, I recall fondly some of the amazing museums and shrines I’ve visited over time: the Baseball Hall of Fame in Cooperstown, New York; the Rock and Roll Hall of Fame in Cleveland, Ohio; the Yiddish Book Center in Amherst, Massachusetts; the Prado in Madrid, Spain; and others. Each one of these places was very interesting and inspirational in ways small and large. I’ve even daydreamed about revisiting each one in the future.

Some of us have what could be dubbed an embarrassment of riches, living in a city with several world-class museums and multiple top-notch, smaller museums and galleries. I live in New York City and there are many museums that are dear to me: the Metropolitan Museum of Art, the Jewish Museum, the New-York Historical Society, the Queens Museum, and my all-time favorite the Brooklyn Museum.

But you can also experience museum burn-out. Or perhaps your significant others want to visit a particular museum and you are less than gung ho about doing so. It’s happened to me, I’m embarrassed to admit.

The “mundane museum visit” sounds like a pathetic complaint, perhaps a snarky anecdote penned by a jaded person. And I certainly didn’t want to go through the motions of visiting a particular museum, but both my daughters expressed great enthusiasm for visiting the American Museum of Natural History. Sure, when I was a kid I loved going here, but as an adult I have been less eager, and I had already visited two months earlier with a friend.

But being the good parent that I am, I agreed to go with my girls and my husband. When I mentioned to a friend that we were going, she invited herself along. She then invited a mutual friend of ours. After all, museum visits are among the few socially distanced and seemingly normal activities in which we can still participate.

Thus, gazing at the all-too-familiar dioramas of stuffed animals and preserved plants was not exciting to me, and almost a chore at first. But then I watched my younger daughter. She turned on our family iPad and began sketching two animals. She used Procreate, a computerized drawing program. It was interesting watching how she “mixed” colors on a virtual palette, how she fine-tuned the shape of the “brush strokes” she used, how she would make corrections on her drawings. Within ten minutes she had sketched a nearly professional rendition of two animals. Then she saved them, walked around and found another diorama of animals to sketch.

Many times in the past I’d seen people sketching in traditional drawing pads (in fact, I’d watched my daughter do that as well), and I have seen my share of people copying paintings in art museums, using their own canvases, paints and supplies. Watching my daughter do this, and in a computerized manner, was more interesting that I’d expected.

It made me think of the museum and our exchanges with it in a different way. We are accustomed to seeing people who stroll up to museum pieces, quickly snap a photo, and then walk onward. It’s as if they have a checklist of images to capture (“pics or it didn’t happen”) but they don’t really stand there, look, and absorb. And here was my daughter, using ultra-modern equipment, but taking her time with her drawing. She would look and regard, draw a bit, change something, go back to it, look at the display from a different angle.

She did this all in earnest, hoping to draw an accurate and sophisticated set of animal pictures. It made for a more compelling visit to this museum. Certainly, artists and artists-in-training can come to a museum for inspiration. They can copy what they see, they can riff on themes, they can glean ideas for their own drawings, paintings, mixed media pieces, and so on.

What about us non-artists? Can we find inspiration in a natural history or art museum? I once read that a useful exercise for writers (especially those experiencing Writer’s Block) is to find an appealing piece of artwork in a museum and write about it in your notepad. You could write a straight-forward evaluation of what you see; you could write a critique, as if you were a bona fide critic; you could write a dialogue based upon it; you could write something completely different, and tangentially place the piece of art in the writing.

I recalled how my father, an engineer by career choice but an able amateur artist in his own right, occasionally would take out a scrap of paper and a stubby pencil (he eschewed pens for this) and sketch furtively in museums or even on the street. Then he would come home, create a stencil on thin white paper or thin clear plastic, and use a scroll saw to carve a project in wood.

So, artists and writers can find creative inspiration in a museum, even in one they’ve visited so many times before. This is obvious, is it not? What about non-artsy types?

After watching my younger daughter immersed in her creative process, and choosing not to get involved in a heated discussion about political policy that had erupted between my two friends, I walked over to my older daughter and stood near her, to watch her reactions to some of the museum displays. She snapped cell phone camera pictures of a few, but other times she just stood and stared at certain exhibits, especially when we walked amongst the dinosaur skeletons.

A few times she just gazed and looked content. One time I asked her, “What’s up?”

She seemed a bit embarrassed and then she said quietly “I remember seeing this when I was a little kid.”

And that was it. She had mentioned a few times earlier in the day that she wanted to visit the Natural History museum because she hadn’t been here in many years. It was a nostalgia trip for her, and more, although she was pithy about it. And she must have felt invested in her time here, because she hardly checked her phone except to take photos. She didn’t spend most of her time on Whatsapp or some other social media platform; she just wanted to be in the museum and see things, reflect on them in her own way.

A trip to the museum can be inspirational in a less defined way. You don’t necessarily have to produce a sketch or a written item, or a photo montage. You don’t have to produce. Sometimes you just want to be in a museum and see what you’ve seen years ago, and be in the moment.

We also went to the museum to be sociable, to get out of the house, to feel like it was just like any other time except that we all had to wear masks. That was another motivation for us, and doubtless for many of the other visitors.

And even I cannot resist gazing at the large dinosaur remains: they are ever awesome.