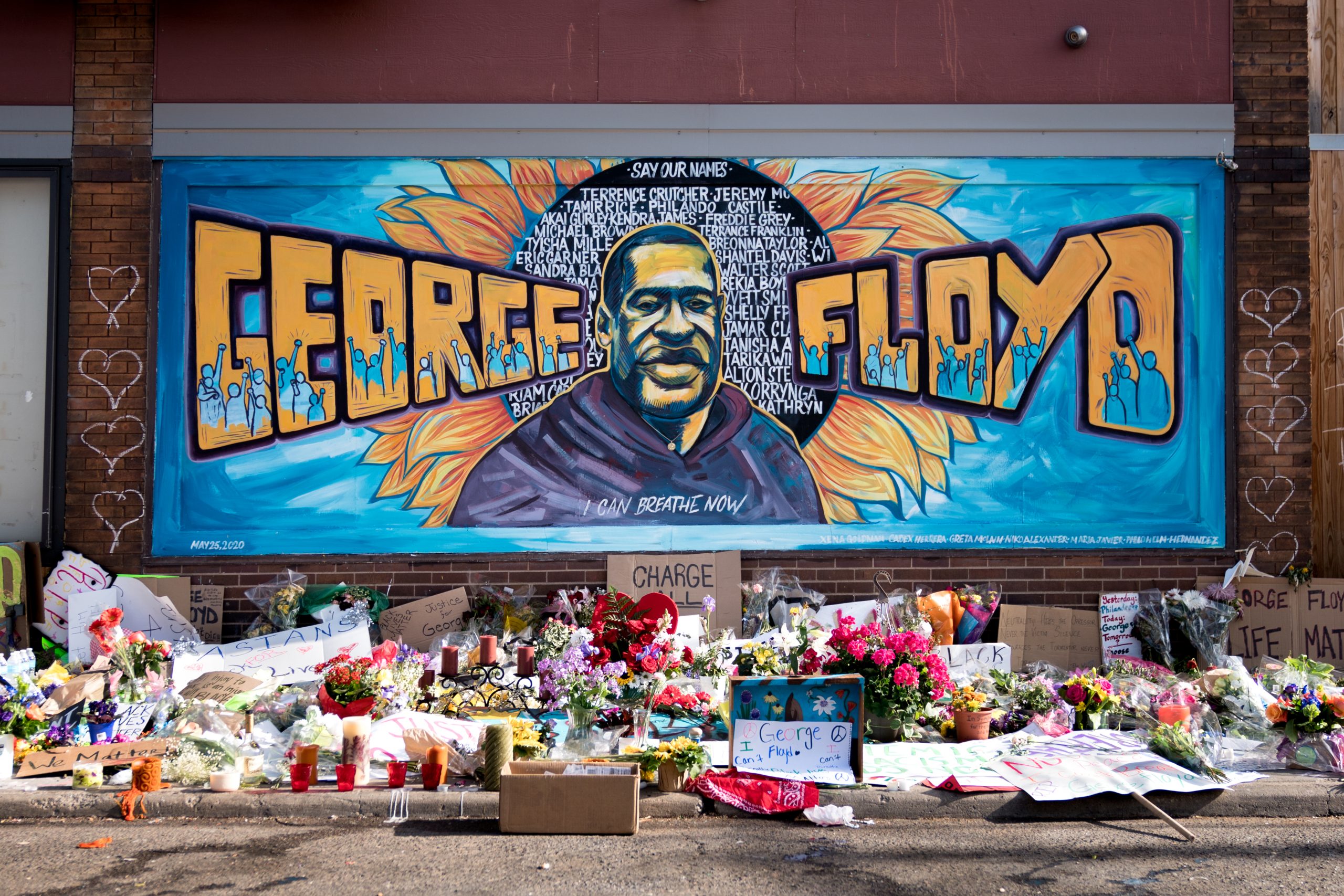 Holocaust Remembrance day gives way as night falls and I am listening to a news story about the trial of former police officer Derek Chauvin charged with murder for his act of pinning the neck of George Floyd under his knee until and after he was dead.  The word that comes to the fore is bystander.

Bystander is a keyword in Holocaust education curricula that often focuses on the actions and inaction of those who were neither the perpetrators nor the victims.  The people who stood by or, perhaps, stood up as evil unfolded.  Holocaust education moves through the irreplaceable stories of survivors and the enormity of the scale of destruction, while at the same time bringing the lesson home by depicting the bare moment in which a person stands before an act of injustice, a bully or a racial slur or a person in need who has been abandoned. Are you a bystander who lets another suffer or an upstander who refuses to sit by as the world gets ever dimmer?

There is nothing to compare to the brutality, relentlessness, and scale of the evil that spurred these teachings. And there are few moments that serve as such a brutal tableau on the small scale as that corner in Minneapolis as a number of people of different ages and backgrounds found themselves watching a man pinned to the ground by an officer’s knee, next to a squad car surrounded by police officers, and then, with horror, recognizing that this man first in gasped words then plaintive cries and finally in shocked silence, was dying.

The prosecution this past week brought a number of these people to talk about what they saw that evening.  A young woman named Darnella Frazier decided that she had to record this moment so that there would be video evidence and not just the word of others.  Her video in fact led to what would become a re-ignition of widespread protest as the sight of Floyd’s nine and a half minutes of suffering became one more national showcase for the sickness that infects the nation and yet takes as its victims the bodies and wellbeing of Black people.  Despite the importance of the witness she bore, Ms. Frazier testified that she has “stayed up nights apologizing to George Floyd for not doing more and not physically interacting and not saving his life.”  Could she have done anything else?

A Mixed Martial Art trainer testified that he pleaded with an officer to let him speak with Floyd but was directed aside. He yelled at the officers and called 911. Should he have used his physical prowess to breakthrough? He broke down as well thinking about it.

The testimony that struck me though in a particular way was an off-duty  Minneapolis Firefighter, Genevieve Hansen, who with both professional standing and medical skills had every reason to be allowed to intervene.  She also teared up as she tried to relate what she felt as she was more and more angry to stop what was happening before her eyes. More distraught, more desperate to be able to save a man’s life for which she, and presumably the officers at the scene, had been trained.

What struck me though was the response of the lawyer for Mr. Chauvin who has based the defense so far on the anger present that day in the surrounding group of onlookers and would-be interveners blurring the scene and shifting the attention from the fatal act to the emotions of the crowd.

Firefighter Hansen was also cross-examined according to this strategy In addition to the lawyer, Hansen found herself at odds with the Judge who several times ruled her frustrated answers did not stay in the necessary yes or no format. Still, struck from the record or not, she broke through in her answer to the challenge of whether she was getting more and more upset while at the scene:  “Yes. I got quite angry after Mr. Floyd was loaded into the ambulance. It’s –I don’t know if you’ve seen anybody be killed, but it’s upsetting.”   What do you do when even the assertion of how upsetting it is to witness a man choked to death must be justified?

There is a simplicity to the moral question of bystander versus upstander and the pronouncement that there is no such thing as an innocent bystander.  The hard facts here show that even the courage to act may not be enough to make a difference in the moment and even after the fact there are pitfalls to derail the work of those who bear their witness.

The court will decide if and what punishment will fall on the man seen ignoring without compunctions so many pleas to take care with the precious life being snuffed out beneath his knee. The measurement of responsibility of the rest of us will be more complicated. Can the simple paradigm of bystander and upstander be applied at all?

No one present other than Chauvin and presumably fellow police officers could have stopped the brutality happening before them. And us?  Are we also restrained by the systems in place from meaningful action to intervene?  Is it significant to point out the distinction between bystander and upstander for the rest of us?

Somehow we have a deep-seated conviction that there must be truth in the power that each of us has and the responsibility to use that power to answer injustice and act to save a life,  Perhaps it starts with realizing that there is still a role for innocent bystanders.  Not enough to overcome evil and, as reflected by the haunted testimony of those who took the stand, may not be enough to bring little solace or rest from the trauma and guilt.  Yet bearing witness and refusing to turn away is a vital necessity even, and especially as night falls.