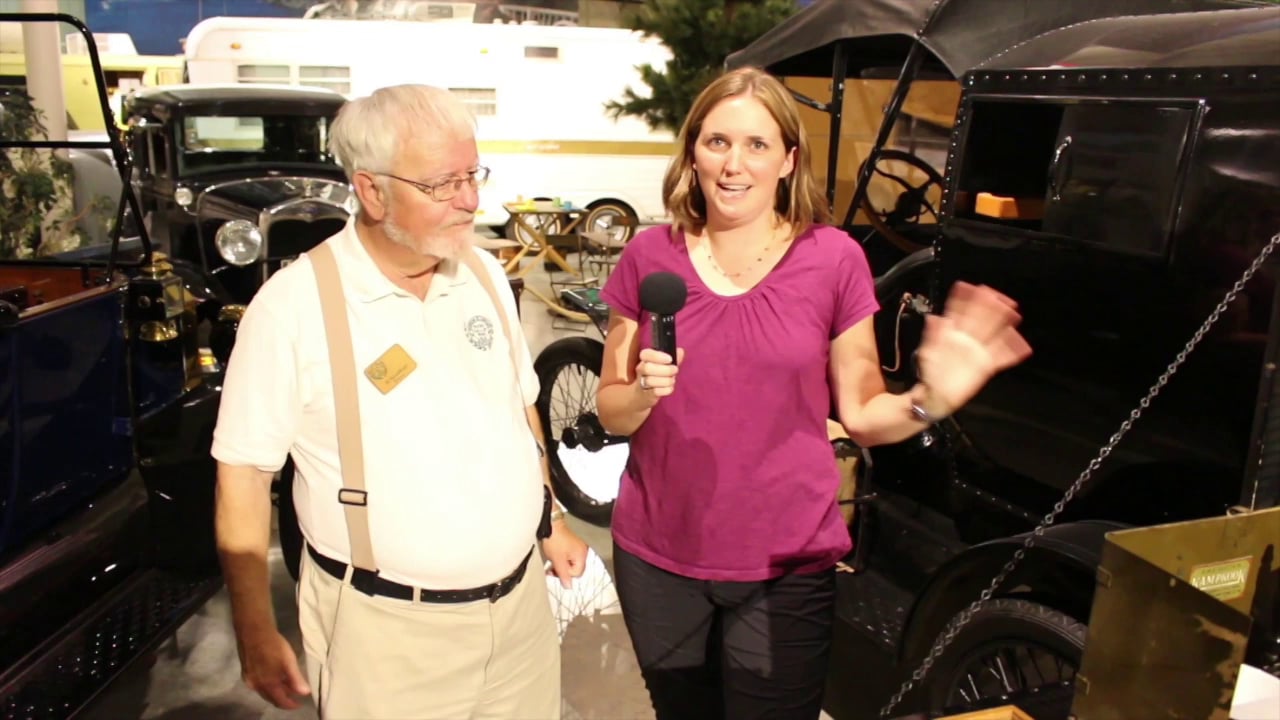 A few months ago, I was working on a story about Amish people in Northern Indiana. One of the biggest employers in the region is the RV manufacturing industry, and due to the changing agricultural landscape of the United States, it employs a lot of Amish.

While doing research, I had a lot of questions about the industry and I found Al Hesslebart, an RV historian. The author of two books, including the recently released RV Capital of the World: A Fun-filled Indiana History, served at the RV/MH Hall of Fame and Museum in Elkhart, Indiana for nearly 20 years.

When someone completely removed from the RV world (well, not completely removed, my parents have one) hears the phrase “RV historian” it almost made me want to laugh. Admittedly, it felt almost absurd to have someone dedicate their life to an oddly specific topic.

I completely changed my perspective when I spoke to Hesslebart over the phone. He generously gave me over an hour of his time, answering each question with great detail and helping me link each aspect of my research with such a gushing excitement it was clear this man was in his element.

At the end of our chat, I thanked him, mentioning this was exactly the information I was looking for. I commended his expertise. He chuckled and told me that many times throughout his life, people joked he should find a real hobby or find another way to spend his free time. I couldn’t help but be extremely grateful he didn’t.

A few weeks and another assignment later, I met someone else who expressed he had an interest that others didn’t quite understand. On afternoon, I drove 45 minutes across town to a small, neighborhood social gathering where community members drive their classic cars to a parking lot and show them off.

While a couple of the older men laughed in my face and made sexist comments (odd to see a twenty-something woman at a neighborhood cruise-in on the south side of Indianapolis in the middle of a weekday), one elderly man not only answered all of my questions, but, just like Hesslebart, did it with a enthusiasm that showed his hobby is something that contributes very positively to his life.

Giving me a full tour of his 1975 Oldsmobile, he spoke about the history and life of each aspect of the vehicle, as if they were people he knew. He cared so deeply for the well-being and preservation of this car, that speaking to him gave me such happiness that someone had a passion like this in his life.

Like Hesslebart, this classic car collector unlocked a new world for me and added a dimension to my research that otherwise would have been lost. In my house growing up, I heard the phrase “what blesses one, bless all.” As these two men, and many others I’ve interviewed, demonstrated, it’s certainly true.

Truthfully, it wasn’t until I started writing that I considered how valuable these people are to the world. Just like we don’t often consciously choose who we love, neither do we have control over what makes us get out of bed in the morning. Who knew that I, from a nearly all-white, suburban community and with almost no international influences, would have fallen in love with Spanish after my first class in 8th grade?

When we encounter people with very specific interests, it’s not often we see the inherent value in it. I even mocked some of my past projects, like my undergraduate thesis where I analyzed different ways speakers of the Buenos Aires dialect of Spanish interact at the check-out counter at corner stores. Even I often sighed and questioned if this project was doing anything for society.

But these seemingly disconnected passions add detours and side paths to our communities and color them in interesting, dynamic ways. Just because we may have interests outside of the realm of the mainstream understanding of  “important” doesn’t mean there isn’t positive change that can come from it.

Of course, we need people to spend their time fighting for social justice and protecting the rights of the vulnerable, but we also need people who are expressing their genuine, authentic selves, and adding light and joy to our daily lives. We can’t have one without the other.

When we follow what we’re most excited about and pursue it with a genuine love and passion, how could it be worthless? If nothing else, it brings us happiness, but it probably affects those around us in other positive ways, too.

Allison is a freelance writer, ESL teacher, and tea and coconut water enthusiast. She writes about travel, bodies, love, human rights, and the awkward situations and entertaining conversations that happen in our daily lives.